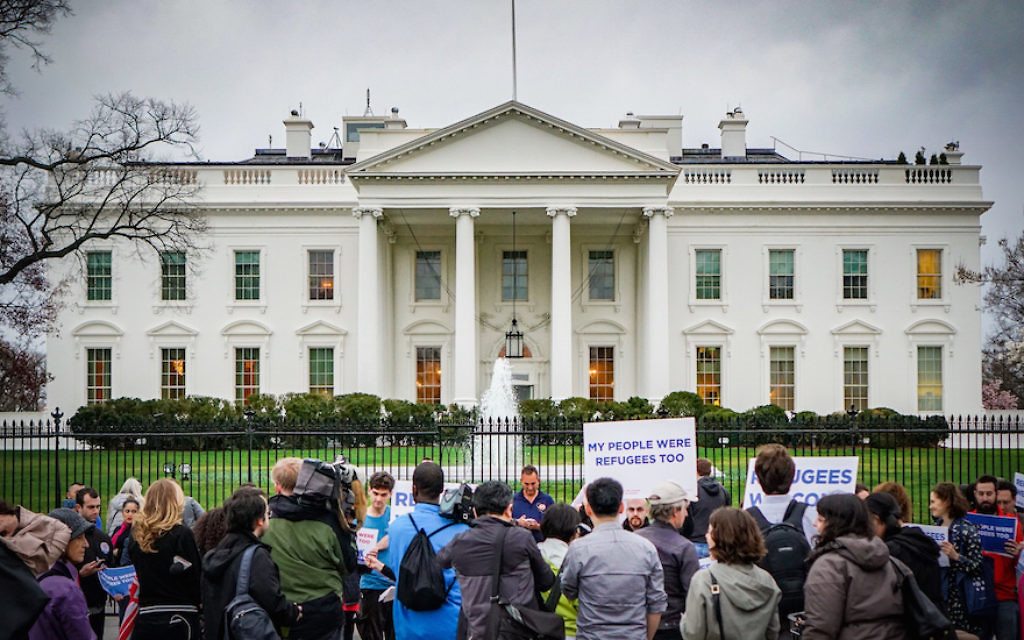 It’s hard to ignore the simple fact that Jewish leaders have failed to stop or even slow the accelerating epidemic of Jew-hatred in America. Like failed generals fighting the last war, they have focused on Nazis and the political right—and have mostly ignored the changed battlefield for as long as they could. They have deliberately, out of political considerations, minimized the assaults coming from “progressives,” black anti-Semites, and radical Islamists. They failed utterly to understand how promoting tolerance of the intolerant may backfire.

In response to this failure, grassroots activists have been organizing to expose and to challenge established Jewish organizations. On June 21, 2021, Patti Munter published a scathing exposé of her Federation in Rochester, N.Y.—a warning that establishment Jewish “leaders” in that city are not defending or protecting the community. And now we hear from activists in Raleigh, N.C., how they had to ignore bullying threats from their local Jewish Community and Relations Council and other Jewish leaders in order to confront a clear and present danger to the Jewish community.

“Deadly Exchange” is a vicious campaign that blames Israeli and American Jews for police assaults on American black people. It falsely claims that American police departments that take part in counter-terrorism and leadership training in Israel are actually trained to “terrorize black and brown communities” in America. Nothing could be farther from the truth. Yet promoters of a campaign to force city officials to boycott the Israeli training had a victory in Durham, N.C., when on April 16, 2018, the city council voted to ban that city’s police department from participating in the Israeli programs.

Those who led the “Deadly Exchange” campaign were affiliated with Jewish Voice for Peace, an anti-Israel, pro-BDS organization that has partnered with anti-Semites like political activist Linda Sarsour and convicted terrorist Rasmea Odeh. By explicitly promoting Jew-hatred—particularly targeting black and brown communities—their efforts encouraged non-Jewish anti-Semites to come out of the woodwork, including a member of Louis Farrakhan’s Nation of Islam, who called attention to the “Synagogue of Satan that’s always lingering in the background” and the “inordinate [amount of] control that some Jews have over the political system in this city.”

Josh Ravitch and Amy Rosenthal, who co-founded the North Carolina Coalition for Israel (NCCI), were shocked to learn that Raleigh was the next target. They had already seen what the campaign did to Durham, the first (and only) city to pass the boycott against training with Israeli police. Following approval of the “Deadly Exchange” resolution, Durham was beset with vile anti-Semitic posters, fliers and swastikas around town. When NCCI board member Deborah Friedman discovered a petition for a “Deadly Exchange” campaign in Raleigh that had more than 700 signatures, NCCI activists felt that Jews had to do everything they could to prevent a repeat of the Durham fiasco. NCCI reached out to other community members to see if they were aware and to coordinate our efforts.

What they learned was that other local Jewish institutions were, in fact, aware of the Raleigh petition, but had not shared this information. One of those who had met privately with two of Raleigh’s seven city council members told Ravitch and Rosenthal that “If I had to guess, it’s not going to pass.” However, they knew that council members in Durham had lied to some of these same Jewish community leaders, reassuring them that the council members would not be voting to approve a resolution. NCCI found the guessing part to be less than reassuring.

Ravitch and Rosenthal explained to their critics that while they were grateful these other Jewish institutions were working behind the scenes, they believed that speaking publicly about this issue would be vital. “Why not get the pro-Israel narrative publicly out first so that we don’t play defense as we did in Durham?” The Raleigh “Deadly Exchange” petitioners were running a stealth campaign, they explained, so why let them control the rules of engagement? They quoted James Garfield to their critics: “Light itself is a great corrective. A thousand wrongs and abuses that are grown in darkness disappear like owls and bats before the light of day.”

The pressure on NCCI to be silent continued and from different sources. “If you decide to speak up, all you will be doing is opening up opportunity for JVP to present their case to the media. No one knows about the issue, so why bring it up? I see nothing good that can come out of you coming to speak up. Creating a brouhaha over a non-issue is a mistake.”

Their critics even used the Torah portion of the week, the story of Korach, in an effort to stop the NCCI, implying that their public speaking was dividing the community.

One person with a large distribution list let people know that he had decided to lay low. Therefore, he didn’t think his people would be coming to support the speeches, so NCCI should “not expect a turnout from my list,” he said.

The attacks on NCCI from so many directions were difficult to bear and took a toll. Ravitch and Rosenthal were on edge and losing sleep, yet remained certain that they needed to be more proactive and public in their efforts than the old guard in Durham.

In the end, people came out to support NCCI at the June 15 city council meeting, enduring a three-hour session together. Four NCCI members—Amy Rosenthal, Deborah Friedman, Josh Ravitch and Kathryn Wolf—spoke up passionately and eloquently. They were pleasantly surprised to learn that the leader of the JCRC had signed up after they did and spoke at the end.

Afterwards, one person who had opposed them graciously reached out to congratulate Ravitch and Rosenthal. Others who presented a colder shoulder started to speak with them again, too. The chair of the JCRC expressed wishes to work with them in the future.

The result of NCCI’s efforts is still unknown, but the hope is that the old guard institutions have learned that today’s daunting challenges demand more forceful approaches in defense of the Jewish community.

Jewish activists across the country must begin to challenge failed Jewish leaders. The lesson from Durham and Raleigh is clear: Where there is no leadership, step up and lead. Our “leaders” might actually follow.

Charles Jacobs is president of Americans for Peace and Tolerance.