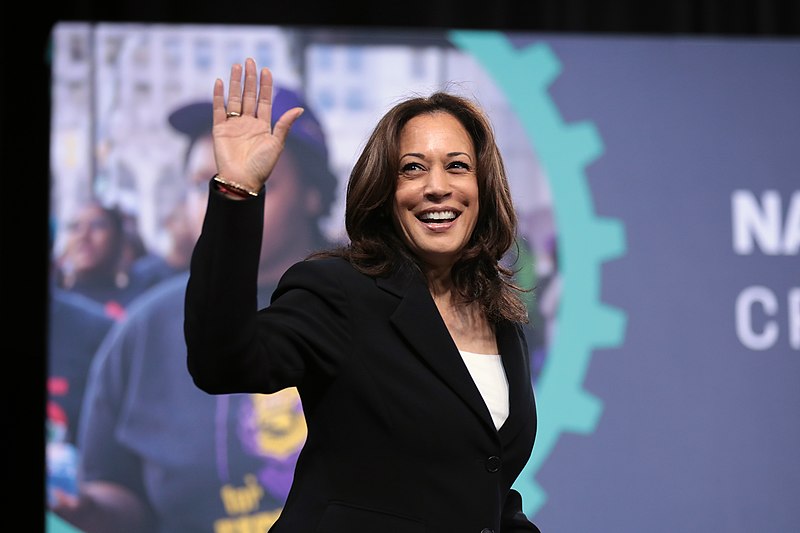 Two weeks ago, the vice president was speaking to a college class when a student expressed frustration that her campus organizing against U.S. funding for Israel had been ineffective. The student referred to actions of the State of Israel as “ethnic genocide.”

Harris responded by encouraging her to stay politically active, which is fine. Even people who are profoundly wrong about important matters are entitled to their First Amendment rights. But Harris’s choice of language to make that point embroiled her in yet another communications maelstrom of the type she has faced for much of her first months in office.

How did the vice president of the United States respond to a questioner who suggested that Israel’s efforts to defend its citizens from missile attacks during a war with a terrorist organization was actually a deliberate mass killing designed to destroy an entire people?

Harris said: “Your voice, your perspective, your experience, your truth should not be suppressed.”

But while Harris has faced deservedly sharp criticism over the remark, it’s also worth remembering that she has been on the other end of these types of attacks. Two years ago, in the first Democratic presidential primary debate, Harris blindsided Joe Biden with an attack on his record on school busing in the 1970s. At that time, she said:

“I do not believe you are a racist, and I agree with you when you commit yourself to the importance of finding common ground. But I also believe, and it’s personal … it was hurtful to hear you talk about the reputations of two United States senators who built their reputations and career on the segregation of race in this country. And it was not only that, but you also worked with them to oppose busing.”

Let’s apply the standards Harris employed then to this current controversy.

I don’t believe that Harris is an anti-Zionist or an anti-Semite, any more than she thinks that Biden is a racist. I agree with her that no one’s vote or voice should be suppressed. But I also believe—and it’s personal—that it is incredibly harmful for anyone who cares about the safety of the State of Israel and its people, not to mention sustainable peace in the Middle East, to hear her validate an abhorrent mischaracterization of Israel protecting its citizens against sustained terrorist missile strikes.

To date, there has been an important difference between the two incidents. In the days after Harris criticized Biden over his record on busing, Biden himself devoted a great deal of time and effort to clarifying his position, and continually reinforcing his career-long commitment to civil rights. He eventually won his party’s nomination, with strong support from black voters.

By contrast, while Harris’s spokesperson has issued a written statement pointing to the vice president’s past record on Israel, and while other advisers have reached out to Jewish community leaders for the same purpose, Harris herself has been publicly silent. She has left it to her staff to clean up the mess, but the vice president herself has said nothing.

Biden understood that his dedication to civil rights was too important to him—and to affected voters—to allow an inaccurate impression of his beliefs to stand uncorrected. So he immediately, repeatedly and forcefully defended his record, and successfully reassured the relevant communities that he stood with them. Perhaps Harris will learn that lesson from her former foe and current boss before too much more time passes.

This article first appeared in the Jewish Journal.