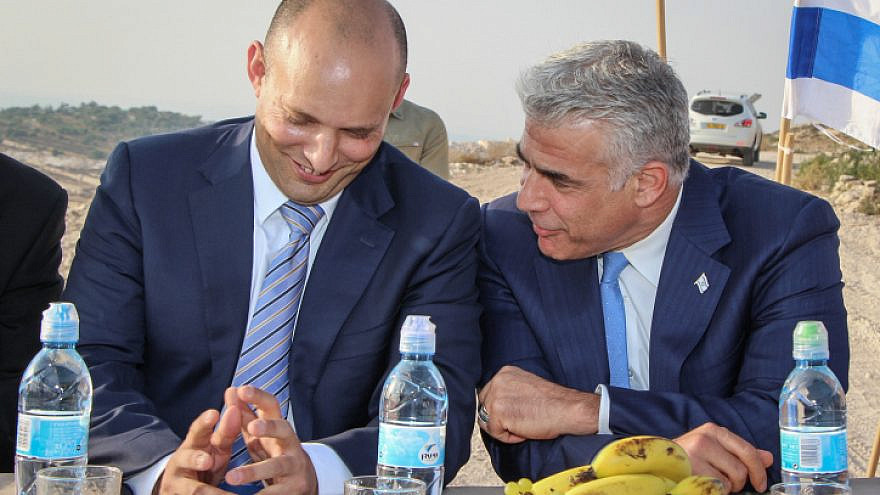 For the second time in a little more than a year, incumbent Prime Minister Benjamin Netanyahu’s mandate to form a government has passed to his political rivals. Unable to form a stable right-wing majority government, Netanyahu informed President Reuven Rivlin late Tuesday night on deadline that he was returning the mandate.

After consulting with representatives of each party, Rivlin has tasked current opposition leader Yair Lapid with the opportunity to form an alternative government that can withstand an initial no-confidence motion. He now has 28 days to do so.

Netanyahu, who has held on to the prime minister’s chair for 12 consecutive years—the last three at the head of either transitional or unstable governments—may now be just days away from the end of an era.

His problem doesn’t stem from a lack of mandates on the right side of the Israeli political map. Including his own 30-member Likud Party—the largest by far of any political faction—traditionally aligned right-wing parties account for 72 seats in the 120-member parliament.

The problem for Lapid—and all of Israel—is that he lacks the experience needed to lead a country fraught with security threats, diplomatic hazards and economic challenges. Similarly, his secular, left-wing ideology is at odds with the overwhelming majority of Israeli voters.

Worse yet, his calls for unity are empty. Lapid has been one of the chief instigators of the anti-Netanyahu protest movement that gained momentum during coronavirus lockdowns in the past year. Lapid was openly fanning the flames and warning that protests would turn violent. In fact, the country is fortunate that the Israelis protesting Netanyahu’s tenure did not have such tendencies, as did Black Lives Matter protesters in the United States.

Even with the mandate, Lapid could never gain the political support necessary to form a government on his own. As such, Lapid has been aggressively courting former Netanyahu ally Naftali Bennett to take the reigns for the first two years of a prime ministerial rotation arrangement. Lapid would then become prime minister for the duration of the government’s term.

Bennett’s acquiescence is required to bring fellow right-wing party leader and former Likud member Gideon Sa’ar to join the political alignment with his small six-seat New Hope Party. Together the right-wing parties bring Lapid and company close to the required 61-member majority. Even with that, the alignment falls three mandates short. Additional support will be necessary either from Israel’s staunchly religious Orthodox parties who have been loyal Netanyahu supporters or from Israel’s self-proclaimed “anti-Zionist” Arab parties, which to date have never joined any Israeli coalition led by either the right or the left.

Meanwhile, Bennett had explicitly pledged throughout the campaign and during Netanyahu’s brief mandate that he would not sit in any government with Lapid, “not with a rotation and not without a rotation,” because “he [Bennett] is right while Lapid is left.”

Bennett even went as far as to sign a paper in front of cameras, live during one of Israel’s national evening news programs, saying that he would not sit with Lapid. It is clear to all now that even while vowing one thing—in public and in writing—that he was negotiating the terms of a rotation the entire time.

It’s not the first time that the right-wing Bennett and left-wing Lapid have worked together to foil Netanyahu’s coalition plans. Back in 2013, Netanyahu could have formed a government with his preferred right-wing and religious partners. But Bennett, who at the time received 12 seats, and Lapid, who received an impressive 19 seats in his first campaign, banded together to force Netanyahu to sit together with Lapid and send his preferred religious coalition partners into the opposition.

Lapid, a television host who never graduated high school or went to college, was named finance minister. The government was unstable (as unity alignments tend to be), and in 2015, Lapid was fired, sending the nation back to the polls.

Now, Bennett, who received only seven mandates in the recent election, and Lapid are plotting to share the chair of Israel’s top job. Such an alignment will include the entire left-wing of the Israeli political spectrum, including the Labor and far-left Meretz parties.

Meretz members have been encouraging the United States to re-enter the 2015 Iran nuclear deal and claim an International Criminal Court investigation into Israeli war crimes is “justified,” positions not held by any other party.

A government headed by Bennett and Lapid will be forced to contend with a financially empowered and belligerent Islamic Republic of Iran, a refunded Palestinian Authority and a new diplomatic onslaught in international forums—all backed by a more hostile Biden foreign-policy team.

Whether Lapid and Bennett will form such an alignment remains to be seen. Just one year ago, Netanyahu’s election mandate expired without a government and was handed by Rivlin to political rival Benny Gantz of the Blue and White Party. Gantz, too, failed to form a government. Ultimately, Netanyahu succeeded in bringing him into a unity alignment that barely lasted 12 months.