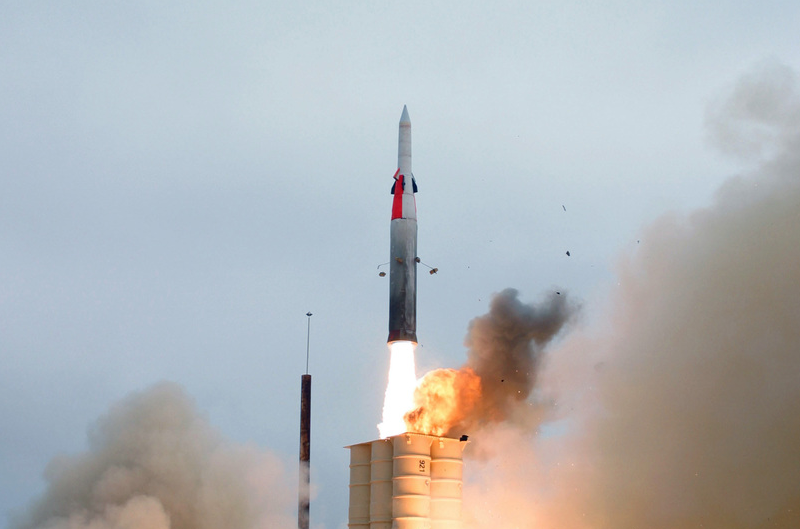 This article was originally published on May 28, 2014

EXECUTIVE SUMMARY: In response to the almost inevitable Iranian nuclear bomb, Israel must suitably integrate a clear nuclear deterrence posture with multi-layered active defenses. This complex effort should include relevant cyber-defenses, emergent space technologies, and certain core modifications of Israel’s deliberate nuclear ambiguity. All regional enemies should already understand that Israel is a nuclear power, but taking the bomb out of the “basement” could help Jerusalem dispel any still-lingering doubts about the country’s available nuclear capacity and resolve. Iran must never be allowed to believe that Israel’s strategic forces are somehow too vulnerable to first-strike attack, or too destructive for operational military use.

It is finally time to concede the obvious. Iran is closing in rapidly on a military nuclear capacity. It recently warned negotiators from the P5+1 nations that it refuses even to discuss ballistic missiles. When such status will be confirmed, probably in the next two years, Israel’s once-residual preemption option will no longer be realistic. Then, as we will explain below, the Jewish State’s plausible strategic choices will be limited to certain more-or-less promising combinations of nuclear deterrence and active defense.

The mainstay of Israel’s active defense for Iran remains the phased “Arrow” anti-ballistic missile program. Designed to intercept medium and short-range ballistic missiles, Arrow is intended todeal especially with Iran’s surface-to-surface missile threat. “Iron Dome,” a discrete and also-critical system designed to relieve shorter-range dangers, is meant primarily for the interception of rocket attacks from Gaza and Lebanon. For the moment, aerial threats from Gaza and Lebanon do not involve unconventional warheads, or weapons of mass destruction.

From a strictly technical perspective, Israel’s active defenses look good. Test results for the Arrow, as well as for Iron Dome, continue to be encouraging.

If Arrow were wholly efficient in its expected reliability of interception, even an irrational Iranian adversary armed with nuclear and/or biological weapons could be dealt with effectively. Here, even if Israel’s nuclear deterrent were somehow rendered irrelevant by Iran, or by any other enemy state willing to risk a credible and massive “counter-value”  Israeli reprisal, that aggressor’s ensuing first-strike could still be blocked by Israel’s ballistic missile defenses (BMD).

There is, however, a serious problem with any such optimistic calculations. Nosystem of ballistic missile defense can ever be judged, on its face, as “reliable” or “unreliable.” Reliability of intercept is an inherently “soft” concept; any missile defense system will have “leakage.” Whether or not such leakage could still fall within acceptable levels would depend largely upon the particular kinds of warheads that are actually fitted upon a determined enemy’s missiles.

In assessing its still-evolving plans for nuclear deterrence, Israeli planners will need to reliably anticipate and predict the expected leakage rate of the Arrow. If their warheads contained “only” conventional or chemical high explosives, a small number of Iranian missiles penetrating Arrow defenses still might be deemed “acceptable.” But, plainly, if the incoming warheads were nuclear and/or biological, even an extremely low rate of leakage would be “unacceptable.”

Only a fully zero leakage-rate of ballistic missile defense could adequately protect Israel from launched nuclear and/or biological warheads. Such a zero leakage-rate, however, is unattainable.

It follows that Israel should move immediately to strengthen and refine its nuclear deterrence posture. To be dissuaded from launching a considered attack, a rational adversary would always need to calculate, among other things, that Israel’s second-strike forces were sufficiently invulnerable to any contemplated first-strike attacks. By having to face the Arrow system this adversary could expectedly require a steadily-increasing number of missiles before being able to carry out any successful first-strike against Israel. Arrow, therefore, could genuinely support Israel’s essential security, not by offering citizens any significant measure of added physical protection, but by safeguarding the country’s nuclear deterrent.

There remains an urgent antecedent question, one that is still asked only in whispers. What if the Iranian leadership did not meet the usual criteria of rational behavior in world politics? What could be expected if this theocratic leadership should decide not to value Iran’s national survival more highly than any other single preference, or combination of preferences? Years, ago, Ayatollah Khomeini expressly prioritized Islamic obligation over Iran’s national continuance.

In this unlikely but not inconceivable scenario, all “bets” on Israeli nuclear deterrence would be off. After all, it could then become futile to deter an irrational Iranian adversary with even patently-credible Israeli threats of “massive retaliation.”

Nonetheless, as part of a much broader and coherent strategy, Israel must continue to develop, test, and implement an Arrow-based interception capability, one fashioned to match the cumulative threat created by all enemy ballistic missiles. Prime Minister Netanyahu should also take certain corollary and nuanced steps to enhance the credibility of Israel’s now still “ambiguous” nuclear deterrent.

To this particular point, Israel must: (1) prepare to take its bomb out of the “basement” at the very moment that Iran is expected to cross a verifiable nuclear threshold; and (2) operationalize a recognizable second-strike nuclear force, one that is suitably hardened and dispersed, and that is ascertainably ready to inflict an unacceptable retaliatory salvo against readily-identifiable enemy cities.

In properly ending its longstanding position of deliberate nuclear ambiguity, IDF planners will have to determine just how much incremental disclosure would be purposeful and cost-effective. The objective here would be to ensure authoritative Iranian perceptions of both usable and penetration capable Israeli nuclear forces. Although widely unacknowledged, this particular objective represents a goal of utterly unchallengeable importance.

In all complex matters of national nuclear strategy, nuance is key. Israel, accordingly, must make it clear to any would-be nuclear aggressor that Arrow defenses would always operate simultaneously, or together, with Israeli nuclear retaliations. A prospective enemy aggressor state, it follows, must always be made to understand that Israel’s Arrow deployment would never preclude, or in any fashion render less probable, an intolerable Israeli nuclear reprisal.

In the best of all possible worlds, Iran, still a party to the 1968 Nuclear Nonproliferation Treaty (NPT), would never have been allowed to proceed toward full and illegal military nuclearization with impunity. But this is hardly the best of all possible worlds; the assorted sanctions plans never had a meaningful chance. Now, even as Russia plans to build additional nuclear reactors for Tehran (in addition to the Moscow-built reactor at Bushehr), Israel will have to deal capably with a recalcitrant regime in Tehran. Above all, this means further steady enhancements of Jerusalem’s nuclear deterrence and active defense capabilities.

There is one final point about the growing Iranian nuclear threat. Soon, this peril could be directed toward Israel, not only as a direct missile strike, but also by way of various low-tech delivery systems operated by various terrorist surrogates. For example, if a newly-nuclear Iran should sometime decide to share portions of its weapons-usable materials and scientific personnel with Hezbollah in Lebanon, Israel might then have to confront a substantially greater likelihood of nuclear terrorism.

In principle, it is always in Israel’s best interest to keep nuclear weapons and supporting infrastructures entirely out of all enemy hands. Coup-vulnerable and persistently unstable Pakistan is already nuclear. Under international law, a focused or discriminate preemption against Iran might still be permissible as “anticipatory self-defense,” but the existential obstacles now facing Israel are largely tactical, not jurisprudential.

Summing up, Jerusalem must suitably integrate its evolving nuclear deterrence posture with the country’s multi-layered active defenses. This complex effort should include relevant cyber-defenses, emergent space technologies, and, as corollary, certain core modifications of Israel’s deliberate nuclear ambiguity. All regional enemies should already understand that Israel is a nuclear power, but taking the bomb out of the “basement” could help Jerusalem dispel any still-lingering doubts about the country’s available nuclear capacity and resolve. In part, of course, this “excavation” has already begun, with Israel’s conspicuous deployment of German Dolphin class submarines.

In the end, Iran must never be allowed to believe that Israel’s strategic forces are somehow too vulnerable to first-strike attack, or too destructive for operational military use.

Louis René Beres (Ph.D., Princeton, 1971) is Professor of Political Science and International Law at Purdue. The author of many books and scholarly articles in the field, he contributes regularly to several major world newspapers and magazines. Dr. Beres was Chair of Project Daniel (Israel, 2003).

Click here for a PDF version of this article