Home Op-Eds Lowell, Mass., Knows Better Than NYC How to Respond to Antisemitism 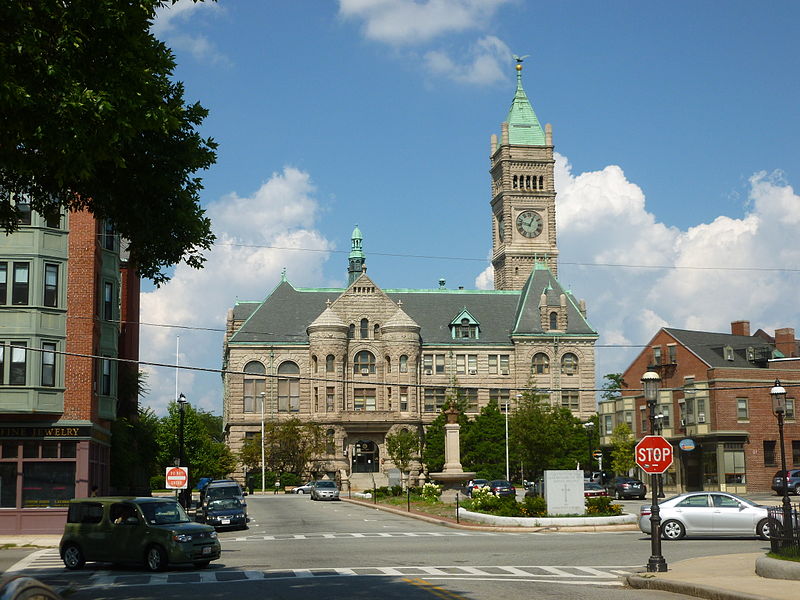 The city of  Lowell, Massachusetts., did it right confronting anti-Semitism. It was not so right when Manhattan dealt with distortions on Israel.

The flap in Lowell commenced last week, Feb. 24, when Robert Hoey Jr., a 66-year-old member of the Lowell School Committee, said: “We lost the k—, oh, I mean the Jewish guy. I hate to say it, but that’s what people used to say behind his back – Gary Frisch…He was the guy in charge of our budget.”

Hoey issued the statement on the morning show “City Life” on Lowell Telecommunications Corporation cable access Channel 8 at 6:35 a.m. in reference to Gary Frisch, who formerly worked for the Lowell Public Schools and is now director of finance and operations for the Gloucester Public Schools.

Perhaps the two worst slurs one can make about Jews is to call one of us a “kike” or brand us as Christ-killers. I am spelling out the k-word once to clear up any confusion as to Hoey said.

As anti-Semitic episodes persist, Hoey is the first elected official of whom I am aware who used the word in a public setting. A year ago, a local daily newspaper in Halifax, Canada, published a letter from a reader who compared the deicide charge – that the Jews killed Jesus – to Israel’s relationship with the Palestinians.

Then something uplifting happened in Lowell. Hoey’s neighbors refused to stand for it. Local newspapers reported the episode. Two days later, Hoey resigned from the school committee.

There were glitches in the community response, but most of it offers a textbook example of how to contend with any bias incident. Hours after the broadcast, Mayor John Leahy requested that City Council and the School Committee hold a joint meeting to demand Hoey’s immediate resignation.

“Earlier today, a member of the Lowell School Committee, Robert Hoey, used an offensive and repulsive racial slur on a televised morning show,” Leahy said in a statement. “As a result, I am calling Lowell’s elected officials to join me in demanding the immediate resignation of Robert Hoey.

“This School Committee has focused on issues of equity and racial equality in our schools and in our community,” he continued. “To fully represent the interest and diversity of our students and our community, we must not only join together in rejecting this language but continue working towards that more perfect union.”

Others in Lowell and at Frisch’s current employer in Gloucester swiftly joined in Leahy’s rebuke. The daily Lowell Sun and the biweekly Jewish Journal in Salem covered the story and The Boston Globe on Saturday reported Hoey’s resignation. The single drawback was that after Hoey made the slur the program continued for another 85 minutes without any guests responding to it, as pointed out by Robert Trestan, executive director of Anti-Defamation League’s Boston office, according to The Jewish Journal.

“It happened on a live program, but if you hear someone say this and you remain silent and don’t call it out,…in some ways you’re just as culpable,” said Trestan. “One of the primary things we teach kids in school is that you should be calling out racism, anti-Semitism and hate in real time. Imagine if a teacher used that word in a school. What would the school do to the teacher?”

Trestan also noted that Hoey applied the k-word in relation to financial issues, adding, “He uses it in the context as an attack on a former employee who apparently had some responsibility over funds. And so the combination of using the word k— and connecting it to this man’s job – and it being related to money – only enforces an anti-Semitic stereotype about Jews and money. So it’s not just the use of the slur – which is horrible – he’s using it in a way that reinforces and sends a message to others that’s anti-Semitic.”

Hoey clumsily announced his resignation in a video last Friday, adding, “We can’t be saying the k-words, the n-words, the s-words, the h-words. We just can’t be doing it no more.”

That produced confusion among readers on the Globe’s comment stream as they wondered what he meant by the h-word, or “h-words.” Noted one reader: “It would also be nice to have a school committee member who knows how to speak English properly.”

This Globe reader demonstrated sharper comic timing than Michael Che, anchor of Saturday Night Live’s “Weekend Update” who nearly two weeks ago cracked his big joke of the night: “Israel is reporting that they vaccinated half of their population, and I’m going to guess it’s the Jewish half.”

It must be that we Jews have no sense of humor. Israeli officials and Jewish leaders blasted Che and SNL, with the American Jewish Committee preparing a petition pressing for NBC to retract the joke. AJC called the line “ a modern twist on a classic anti-Semitic trope that has inspired the mass murder of countless Jews.”

While it looks like Israel could have done more for the Palestinians, Che’s joke ignores key circumstances, such as: Israel has vaccinated Arab citizens of Israel, Palestinian health workers and Palestinians living in East Jerusalem; and the Palestinian Authority operates its own health system and ordered vaccines that had not arrived at the time.

Critics of the Authority claim that it went far out of its way to avoid any coordination with Israel.

Unlike the people of Lowell, Mass., the people at NBC were conspicuous by their silence. At this writing, neither Che nor his bosses at NBC and SNL (which broadcasts in New York City) have responded to complaints of Jewish organizations.

The New York Times has not reported on the broadcast since Che’s routine on Feb. 22. I have seen nothing in my edition of the Times and a search of the Times internet archives yielded nothing. The New York Post ran a story later in the week.

Jewish media outlets covered the situation, and the only major general-circulation newspapers I have found in the Northeast to report on it were the NY Post and The Washington Post.

Some Jewish leaders condemned SNL’s uncharacteristic concept of comedy, and a tiny segment of the Jewish community led by Dov Hikind, a former state assemblyman, protested outside NBC studios in Manhattan last Saturday night. There was no known reaction beyond that.

Lowell’s response worked because it was swift and overwhelming. In New York City and at the network, so far, so shameful.

Bravo, Lowell. A Bronx cheer to both NBC and NYC.