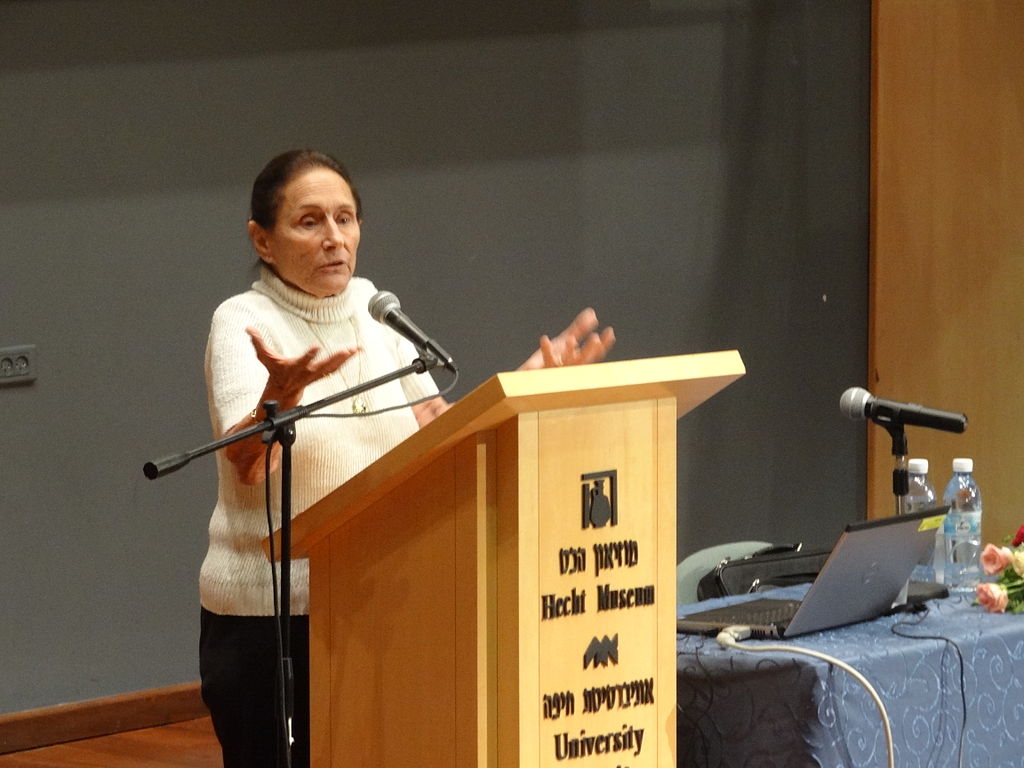 It was December 1983 and Yael Dayan—Labor Party Knesset member, novelist and daughter of legendary general and defense minister Moshe Dayan—had been booked into town as featured speaker for the Columbus Jewish Federation’s annual Israel celebration.

As director and sole staffer of the federation’s community-relations committee, I spent those couple of days as Dayan’s advance person and chauffeur. Mostly, as a chauffeur.

Israeli friends had warned me that Ms. Dayan was famously prickly and argumentative. But I found her more business-like. If a prima donna hid behind her cool exterior, I didn’t see it. I did, though, hear something I disagreed with. Profoundly.

I was driving Ms. Dayan from a media interview back to the Hilton hotel where she was staying, conveniently if not-so-scenically located at an I-70 interchange east of downtown, when I asked: “Do you ever worry that the United States might pressure Israel so much it couldn’t act in self-defense, at least not effectively?”

No, said Dayan, the relationship between the countries was too close for that.

I persisted, maybe stretching my analogies, noting that the administration’s criticism of Israel’s 1981 bombing of Iraq’s Osirak nuclear facility, even though it deprived Saddam Hussein of nuclear weapons, had not been pretty. “What if the Arabs, backed by the Soviets, take advantage of some future division between Washington and Jerusalem, isolating Israel like Czechoslovakia in 1938 and launching a more successful rerun of the 1973 Yom Kippur War?”

It had been just a decade since the Norwegian Nobel Committee awarded its peace prize to U.S. Secretary of State Henry Kissinger and North Vietnamese Foreign Minister Le Duc Tho for negotiating a ceasefire in the Vietnam War. That ceasefire collapsed, so it was only eight years since the United States—having once fielded 500,000 troops in South Vietnam—had first withdrawn ground combat forces and later halted air support and shipment of ammunition and fuel to the South Vietnamese military. North Vietnamese tanks then rumbled into Saigon, which quickly became Ho Chi Minh City as the south disappeared into a unified Vietnam and hundreds of thousands fled as refugees.

I wanted to open my mouth and ask, “What about South Vietnam? Here was a small country, though much larger than Israel, in which the United States spent billions and suffered 35,000 dead, and it doesn’t exist anymore.” But Dayan’s certitude, and a mental reminder that she was the guest and I merely staff, left me speechless.

America’s disastrous flight from Afghanistan last month—after spending hundreds of billions of dollars, fielding at one point 100,000 troops and sustaining 2,500 fatalities—allowed the same Taliban we’d ousted 20 years earlier to return to power. And it caused me to recall Yael Dayan’s long-ago declaration. Afghanistan did not disappear, but a 20th- or 21st-century version of the country did.

A remark last week by a veteran pro-Israel lobbyist reinforced my recollection of Dayan’s dubious certainty. This activist said that even formerly vanilla Jewish issues, like a resolution urging action against anti-Semitism, have become “radioactive” among congressional Democrats.

After the Columbus federation, I worked for the American Israel Public Affairs Committee, edited the Washington Jewish Week and B’nai B’rith’s International Jewish Monthly, and held other jobs in which I heard and interviewed numerous Israeli military and political leaders. I realize now I failed to ask them a key question: Do you have contingency plans to survive a cut-off of U.S. support?

Eric Rozenman is the author of “From Elvis to Trump, Eyewitness to the Unraveling: Co-Starring Richard Nixon, Andy Warhol, Bill Clinton, the Supremes and Barack Obama!” to be published in October by Academica Press. He recently served as a communications consultant for the Jewish Policy Center.