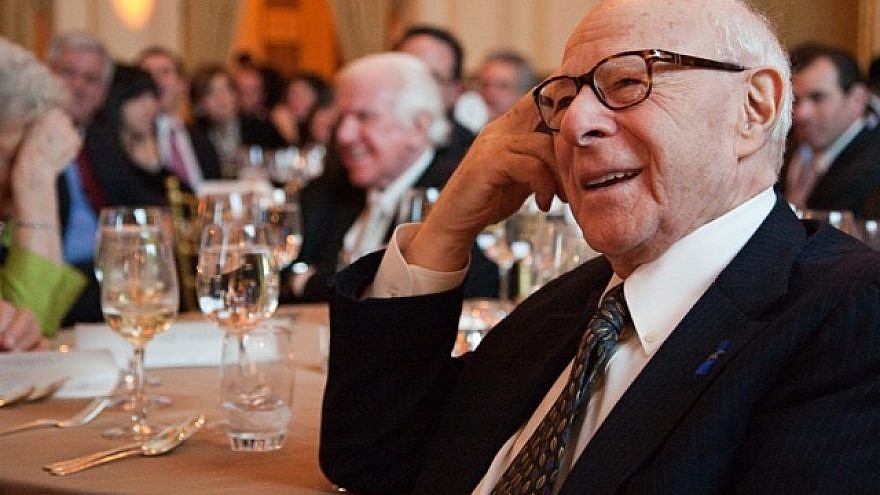 Norman Podhoretz first traveled to Israel in 1950, when he was 20 years old. He visited a cousin who decided to pay tribute to his relative from America by saving up two eggs and serving them soft-boiled. Podhoretz, who loathed nothing more than soft-boiled eggs, ate them with a smile.

In the decades that followed, Podhoretz’s commitment to Israel would remain unflagging and would be best expressed in his 35-year stewardship of Commentary magazine. As a publication of the American Jewish Committee, Commentary had not especially concerned itself with the condition of Israel or its fate in its first 15 years of existence. From 1960 until his retirement in 1995, Podhoretz directed the magazine’s intellectual and creative energies in large part towards the defense of Israel, the Zionist experiment and the existential necessity of a Jewish state.

This was true not only when Israel came under physical attack in 1967, 1973, 1982 and during two intifadas, but when it came under rhetorical and polemical attack from the United Nations, the Arab world and elite opinion in the West. He saw Israel’s fate as inseparable from the fate of America and Western civilization, and sought during his career to demonstrate how they were interwoven. And as a writer for the magazine, he wrote frequently on the threats and challenges posed by the assaults on Israel, notably in a 1982 article titled “J’Accuse.”

Podhoretz knew this in his marrow. The child of Galician immigrants, he grew up the son of a milkman in one of New York City’s poorest neighborhoods. He excelled academically, and went to Columbia University and Cambridge University on scholarships. After serving in the U.S. Army, he joined the circle of New York intellectuals he famously dubbed “The Family” and took over Commentary in 1960.

He broke with many in his intellectual circles later in the decade in part due to its hesitation to support Israel during and after the 1967 Six-Day War, and in part due its reluctance to criticize an outbreak of anti-Semitism during a nasty New York City public-school strike in 1968. These events and others led him to become one of the founding members of the “neoconservative” movement, which saw the defense of the West and democratic institutions—and a democratic Israel—as a noble and heroic cause.

His 12 books range widely from political analysis to literary criticism to social autobiography. In 2002, he explored the world and times of the Hebrew prophets in The Prophets.

Norman Podhoretz’s contributions to providing intellectual support for a strong Israel and a strong U.S.-Israel alliance have been immense.