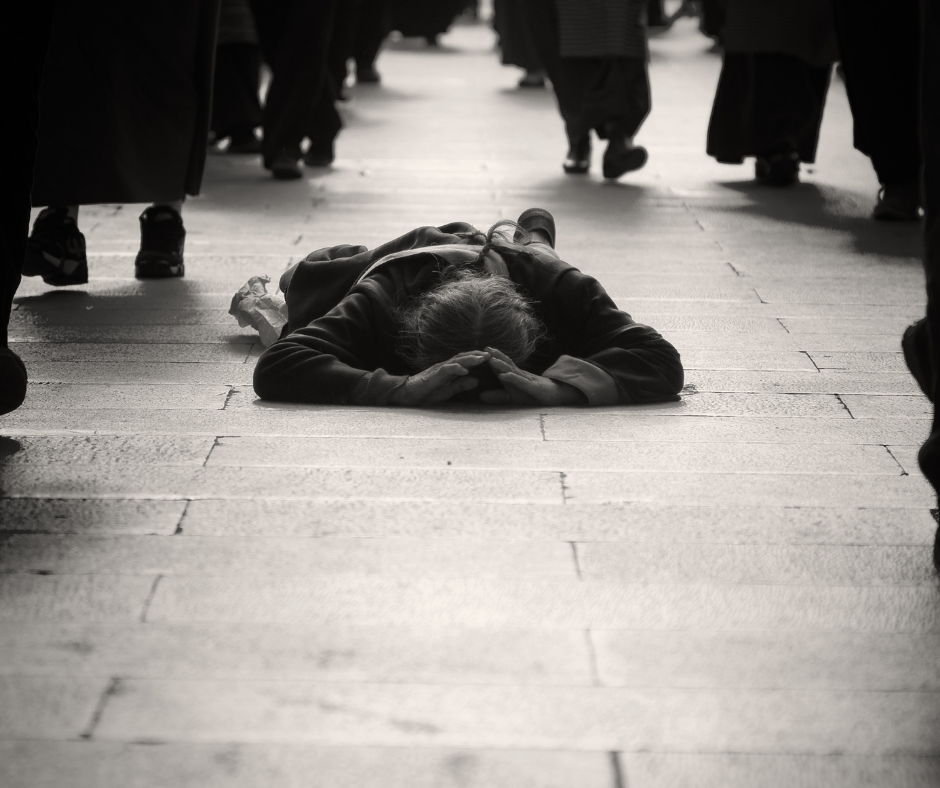 One topic that seems to come up lately in my conversations with friends is the growing inconsiderateness that people show one another in today’s world.  Drivers with road rage, gruff or indifferent salespeople, impatient government bureaucrats, unthinking friends and family – all represent types of people and situations that are extremely common nowadays.  Perhaps Covid has exacerbated the tenor of these encounters, but these problems have existed before Covid.  And cumulatively they contribute to a very uncomfortable life narrative for each of us.  Growing inconsiderateness does not create ongoing sharp acute defined discrete problems usually, but it certainly ends up filling our lives with a lot of abrasive experiences.  Growing inconsiderateness gradually chips away at our tranquility, and fills us up with a lot of stress.

And what is causing this growing negative trend?  First of all, it is important to realize that loss of considerateness actually comprises two distinct types of behavior.  There is behavior where we omit certain comforting bonding actions.  A salesperson who remains impassive while selling a product or service is omitting the kind of patient explanations and comforting emotions that make a customer feel welcome in an establishment.  And this impassive behavior usually won’t hurt the sale, if the product or service is basic and the customer is likely to purchase the product or service anyway.  But being nice can certainly contribute to a customer returning to that store.

Then there is the behavior where a person is being outright hostile to another person in the course of participating in normal everyday activities.  An irate taxi driver or a member of the general public who displays road rage are good examples of the second type of lack of consideration.

The first type of loss of considerateness represents the behavior of a person who is numb both to himself and to others.  The person is incapable of considering the feelings, the emotional needs of others and he is incapable of being in touch with his own needs to successfully emotionally bond with others.  The second type of loss of considerateness is an attempt of a person to deal with his numbness by shocking himself out of it.  He does this by generating a tension-pocket of abrasive behavior.  In both of these kinds of emotional postures, what is important is not just if the agent’s behavior hurts others, but also the fact that he is either stuck in an experiential vacuum or else trying to find a pathway to break out of the experiential vacuum and his own loss of feeling.

With inconsiderateness, we are not dealing with major transformative events where the agent can leave a single major imprint on the people that surround him.  Instead, we are dealing with lots of mini-events where many different agents leave multiple mini-imprints on all the people around them.  Actually, to be more precise, it is all of us who are affected by the experiential vacuum which results in our leaving mini-imprints on all of us.  By themselves, in most cases, an individual mini-imprint of inconsiderateness is not large enough, not strong enough, not important enough to make a preserved impress on the person or people that it affects.  But combined with many other mini-imprints of inconsiderateness in the receiver, it can be part of one major collective imprint of abrasive stimulation that does get preserved in the receiver’s mind.  It becomes the category of inconsiderateness that leaves an imprint on the receiver’s mind and not an individual occurrence.

And perhaps this is what makes it so difficult for people to recognize the effects of inconsiderateness on their lives.  The abrasiveness of the experiences is too diffuse, too porous for people to be able to sort out their reactions to it.  With a single traumatic event, there are negative responses from the receiver, negative reactions that can be tied to the traumatic event and they can act as a focal point for processing the event through psychotherapy.  But with multiple mini-events, it becomes much more difficult to know where to focus, particularly because we are not accustomed to think of acts of inconsiderateness as sources of emotional hurt. In most cases, on the surface at least, we may get angry or upset momentarily about a mini-event, but then we move on with our lives.  But unconsciously, the cumulative effect of all these acts of inconsiderateness is to make us stressed out, anxious and depressed.  And because they are everywhere, unless one wants to go live on a desert island by oneself, they are inescapable.

These abrasive mini-events are, by themselves, not typically as injurious as say a violent crime or a volcanic eruption.  But I felt that they were definitely worth a discussion in one of my articles, because they have such insidious stealth effects on our state of mind.  The growth of inconsiderateness is definitely connected to the sensory distortion resulting from living in modern technological society.  Knowing that, we should all go out of our way to make an attempt to fight our numbness constructively and to be courteous to one another, so that we don’t needlessly add on more sensory distortion to the lives we are already living.

How a budget standoff demonstrated the partisan split over Israel

The Houthis and the Jews