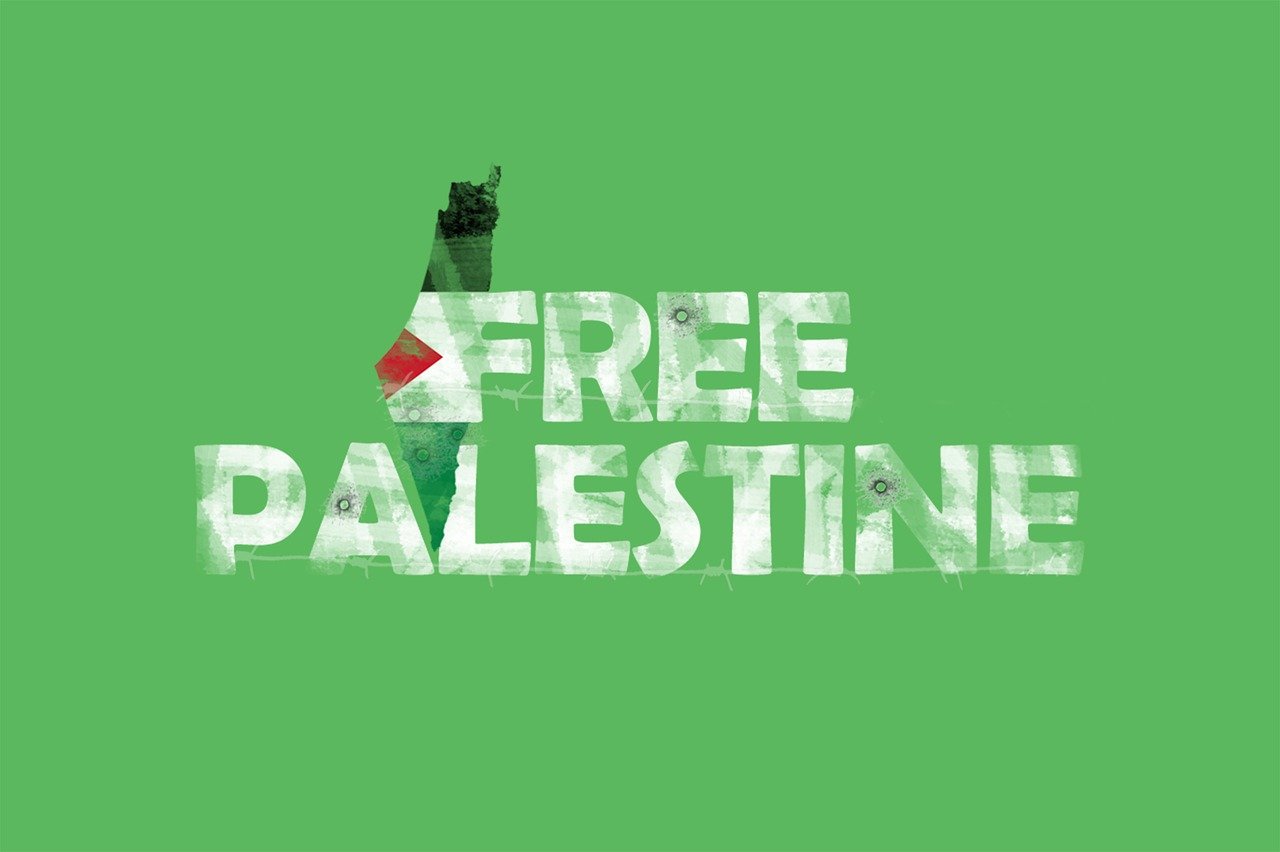 “Saying ‘Free Palestine’ is the beginning of what we meet to talk about on this issue,” says Canadian author Desmond Cole.

As I moved on to read his further comments, I was anxious to finally learn what “Free Palestine” means. Many readers are probably cynical enough to expect Cole to disappoint.

“It relates to our country and to conversations about racism because the fact that Palestinians do not have sovereignty on their own land is an issue of settler colonialism,” Cole continues. “If we’re going to challenge settler colonialism and residential schools and graves near those schools in Canada, we are also going to acknowledge that other people in other parts of the world are not free on their own territories and want to be free.

That should clear up matters. Those of you who claim to understand it are smarter than me. Cole does not bother to define what Palestine is since there is no sovereign entity in the Middle East labeled “Palestine.” There is a Palestine, Texas, and a Palestine, Illinois. There will likely be a “Palestine” next door to Israel if ever the two sides reach a peace deal.

This happened in Toronto schools in late September. The same week, a Seattle councilwoman tried to convince her colleagues to deny Israel more opportunities to train their police in ‘abusive tactics’ they can employ against people of color. In the English seaside town of Brighton, 50 miles south of London, Labour Party members condemned “the ongoing Nakba [Catastrophe] in Palestine.”

In a much-publicized episode, Vice President Kamala Harris listened to a student in a Washington suburb accuse Israel of “ethnic genocide” without addressing the student’s specific remarks.

Arab activists cannot squirm through an event without invoking a concocted and confounding slogan or slinging mud at Israelis that is not backed up by evidence. On occasion, some facts are snuck into the discussion or they do insert a measure of legitimate criticism.

How do we respond to grievances about “Palestine” when there is no Palestine? How do we defend charges that police abuses in America are perfected by learning Israeli techniques when evidence is lacking? How do we sympathize with their Nakba when the only way to avoid said Nakba was to destroy Israel?

It is impossible to respond to arguments that have no basis in reality. It does present an opportunity to challenge their accusations. Failure to do so concedes them credibility that they lack. Giving them a chance to explain themselves could have one or two outcomes. If they have a case, they can prove it and then advocates for Israel will have a responsibility to deal with it.

If they cannot support their charges with facts, then they will expose themselves as fraudsters. That could damage their campaign if their more reasonable followers doubt the credibility of leaders like Cole. The so-called Palestinian cause is only strong because of its numbers, many of whom sincerely believe that they are fighting for the downtrodden and defying their oppressors.

So it is long past time to question “Palestine,” whatever it is. Just like we were urged to question authority during the Vietnam era.

Granted, there are downtrodden to stand up for, but their oppressors are mainly their own leaders.

Cole, also an anti-racism activist, was deceptive in a few different ways when he addressed Toronto principals and other school staff at “professional learning sessions” on Sept. 20 and 23. The sessions, billed as anti-racism talks, morphed into a “disturbing anti-Israel tirade,” as Friends of Simon Wiesenthal Centre described it, according to The Canadian Jewish News.

The Wiesenthal group might have jumped the gun by labeling Cole’s frequent “Free Palestine” declarations as “a dog whistle for destruction of Israel.” Not that any of us would argue with them.

Another way of looking at the Wiesenthal reaction is to question how anyone could definitively characterize “Free Palestine” when the pro-Arab crowd never adequately explain its own slogans. Cole and friends could readily respond with more hostility toward Israel.

We could challenge Cole to explain how he is so sure that Arabs living in Israel’s territories can prove it is their land, or why the land cannot at least be shared. If they are “not free,” would they be free had their leadership worked out a peace deal with Israel 21 years ago when Israel proposed an independent state for the Palestinians?

If Cole can supply us with sensible answers, more power to him. Based on what I have witnessed, I would bet that Cole will evade such questions and deflect to different accusations that will beg further questions.

Toronto school officials said that they are working to alter procedures to assure that these professional sessions remain professional.

Amid personal attacks, Seattle Councilwoman Kshama Sawant told her colleagues in rambling remarks that the presence of anti-Semitism “does not absolve any nation or any government, including the city of Seattle, from calling out human rights abusers wherever they are, and from aligning policy, such as police training, with our declared human rights values.”

The Jewish Telegraphic Agency reports that in late September Savant mustered a narrow minority in a 5-4 vote that denied her attempt to ban Seattle’s police department from conducting training with Israeli forces. Opponents of this program accused Israel of mentoring police forces from America in learning abusive tactics from Israel.

Organizers of police delegations to Israel denied that Israeli forces were training police in racist practices. More than 1,000 senior American police officers have participated in such delegations, which seek to learn from Israeli counterterrorism and security practices.

I have heard Savant’s accusation before. If true, then the practice should certainly be stopped. Just one glitch: Savant, leaders of Black Lives Matter. and others have yet to produce evidence that Israeli forces trained American police to import racist practices. How can defenders of Israel respond when we have no idea what the likes of Savant are talking about?

To their everlasting credit, Labour Party members who convened in Brighton on Sept. 26 passed a new rule that anti-Semitism complaints will be reviewed by an independent committee.

For five years, anti-Semitism ran rampant and unchecked in the Labour Party as then-Labour leader Jeremy Corbyn was accused of permitting anti-Semitism to fester among some of the party’s left-wing supporters, JTA reports.

Voters abandoned Labour in the last parliamentary election. If not for the anti-Semitic issues, Labour might well be back in power now.

Even with Labour’s action that day, which was approved during the party’s annual conference, members attending a panel on foreign relations passed a resolution that “condemns the ongoing Nakba in Palestine, Israel’s militarized violence attacking the al-Aqsa mosque, the forced displacements from Sheikh Jarrah and the deadly assault on Gaza.”

Again, distortions and curious slogans. Take the Nakba, which is Arabic for “disaster” or “catastrophe.” It refers to Israel’s victory during the 1948 war leading to the ongoing displacement of thousands of Arabs from Israel and its territories.

Sure it was a disaster, a disaster created by the Arabs. They rejected the United Nations’ partition plan, they told Palestinians there to leave until the fight ends, they attacked Israel, they lost, they refused to resettle the refuges.

Why is anyone expected to empathize? If the Arabs created the problem, isn’t it their responsibility to solve it?

And what should Kamala Harris have told a student at George Mason University in Fairfax, Va., who accused Israel of “ethnic genocide?”

”There were funds allocated to continue backing Israel which hurts my heart because it’s ethnic genocide and displacement of people, the same that happened in America,” the student told her, according to The Jerusalem Post.

Harris’s uneven response: “Your voice, your perspective, your experience, your truth, cannot be suppressed and it must be heard.”

The standout phrase is “your truth.” Whose truth? Her truth? Someone else’s truth? How many truths are out there besides the truth? Can there be more than one truth?

It is routine for politicians to face unexpected questions. They know it is a sensitive subject and they strive to conjure up a response that makes everyone happy. Perhaps Harris could have done more than assure her of her free-speech rights and then assert that said student has a responsibility to present facts to back up her claims.