Home Op-Eds Pope Francis is wrong: The laws of the Torah do give life 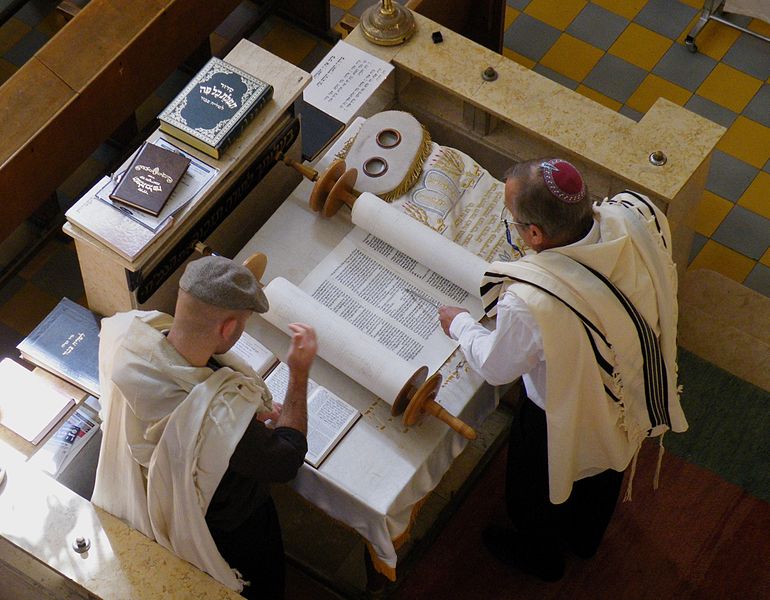 Pope Francis’s recent claim that the Torah “does not give life, it does not offer the fulfillment of the promise” has raised hackles across the Jewish world.

This week, Pope Francis sought to alleviate concerns over his comments; according to Cardinal Kurt Koch, who oversees Vatican relations with Jews, the pope made it known he “had not intended to pass judgment on Jewish law.”

Whatever the pope’s intentions, his remarks reflect a classic Christian objection to the Torah’s perceived legalese and convey a common misconception that Judaism prioritizes legal minutiae over the moral and spiritual ideals these laws are meant to express.

In the wake of this public debate sparked by the pope’s comments, it’s worth examining the fortifying value of the Torah, which has offered us a Divine blueprint for a meaningful life for millennia.

In his classic book, Intellectuals, the historian Paul Johnson documents how many of the great Western intellectuals, who posed and pondered some of the loftiest concepts of the past century, led personally dysfunctional lives littered with poor relationships, amoral missteps and misery.

Bertrand Russell made valuable contributions to the field of moral philosophy, but he was a serial womanizer who betrayed all three of his wives. Jean-Paul Sartre’s humanism made him an icon, but he silently watched as the Nazis occupied France, and he rationalized Stalin’s atrocities in Russia. Karl Marx’s writings championed the emancipation of the working class, but he often employed anti-Semitic canards, and his ideas would later justify cruel and oppressive regimes.

The point is that there is often a yawning gap between ideals and instincts, aspirations and actions. It takes work to translate grand ideas into good character, for lofty concepts to make a better world.

The disconnect between what we say (or think or hope) and what we do is precisely what the laws of the Torah aim to address. Contrary to Pope Francis’s remarks, these laws by their very nature give life. The transformative power of the Torah lies not in its big ideas, alone, but in its unique synthesis of philosophy and practice.

The Torah essentially translates our values into a program of action.

And now, as we get ready for Yom Kippur, we see Judaism’s approach of practical wisdom come to life dramatically through the mitzvahs of the day. Our spiritual energy is focused through our fasting and prayers, and we have a clear practical path laid out by our sources of how to define sincere personal change, how to repent, how to apologize, how to confess before God, and how to resolve to be better and to do better.

What Pope Francis seems to overlook is that without such practical directives for daily living, our ideals often get sidelined by our day-to-day needs and desires. Without tangible rules for behavior, we resort to what feels right in the moment. In this way, the Torah’s laws bring our values to life. It is through the Torah’s synthesis of action and ambitions that we fulfill the Divine promise of improving ourselves and the world.

Rabbi Warren Goldstein is the chief rabbi of South Africa.