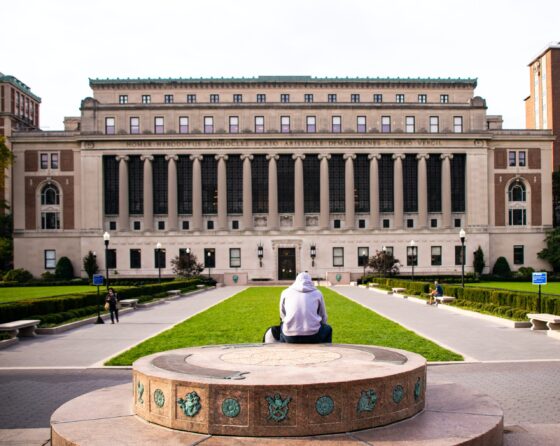 The recent fighting between Israel and Hamas once again forced American Jews to pick sides: Israel versus their universal ideals, which they see as incompatible with the Zionist enterprise. A case in point: a group of American rabbinical students enrolled in non-Orthodox institutions issued a public letter accusing Israel of apartheid and calling on American Jewish communities to hold Israel accountable for its alleged “violent suppression of human rights.”

In many ways, these rabbinical students are a microcosm of young American Jews, who see the Israeli-Palestinian conflict through the American prism of race compounded by the formula of diversity, equity and inclusion that is dominant in American society today. It also coincides with today’s quasi-religious practice of being seen performing acts of “justice” rather than participating in worship or prayer.

The rabbis-to-be state in their letter, “Our institutions have been reflecting and asking, ‘How are we complicit with racial violence? … And yet, so many of those same institutions are silent when abuse of power and racist violence erupts in Israel and Palestine.”

Which begs the question—do these caring individuals understand what Hamas is and what it stands for?

Lest any of that fail to clarify the group’s mission, the Charter makes the following unequivocal statement:

“[T]he Islamic Resistance Movement aspires to the realization of Allah’s promise, no matter how long that should take. The Prophet, Allah bless him and grant him salvation, has said: ‘The Day of Judgement will not come about until Muslims fight the Jews (killing the Jews), when the Jew will hide behind stones and trees. The stones and trees will say O Muslims, O Abdullah, there is a Jew behind me, come and kill him. Only the Gharkad tree would not do that because it is one of the trees of the Jews.’”

Hamas Political Bureau member and former Interior Minister Fathi Hammad recently called on the “People of Jerusalem, we want you to cut off the heads of the Jews with knives. With your hand, cut their artery from here. A knife costs five shekels. Buy a knife, sharpen it, put it there [at the back of the neck], and just cut off [their heads]. It costs just five shekels. With those five shekels, you will humiliate the Jewish state.”

The future American rabbis embody apathy, religious ignorance and the deliberate substitution of “social justice” for traditional Jewish liturgy. This accounts for their decline in engagement with Israel. These liberal and American instincts highlight the danger of placing antipathy toward the Jewish state of Israel at the center of religious belief. The growth of disdain and guilt regarding Israel within American Jewry is particularly acute on the cultural left, which is trying to grapple with what Zionism means to them, their children and their grandchildren in the absence of any strong feelings about Judaism or fellow Jews.

The misplaced sense of guilt is deliberately amplified by statements emanating from members of the pro-Hamas “squad,” such as Rep. Rashida Tlaib (D-Mich.), who stated: “Too many are silent or dismissive as our U.S. tax dollars continue to be used for this kind of inhumanity. I am tired of people functioning from a place of fear rather than doing what’s right because of the bullying by pro-Israel lobbyists. This is apartheid, plain and simple.”

She later stated at a rally in front of the U.S. State Department, during which she accused Israel of engaging in “ethnic cleansing,” that “what they are doing to the Palestinians is what they are doing to our black brothers and sisters here. As you all are marching for the freedom of Palestine, please know that you must be marching for everybody’s freedom. It’s all interconnected.”

Young American Jews, in particular, wrestle with Zionism, which in the 21st century has become a source of debate, controversy, embarrassment and guilt as they try to come to terms with the activities of the Jewish state and its elected officials. Consequently, many seek to detach themselves from what used to embody the core of modern Jewish identity.

Historically, from the pre-state era through the aftermath of the 1967 Six-Day War, there was an appreciation of Israel—not only as the fulfillment of the ancient longing for return, but also as a safe haven. In the aftermath of the Holocaust, the threat of annihilation was understood to be real. Zionism was viewed as part and parcel of American Jewish identity, especially in the years leading up to 1967. There was no contradiction between being a liberal American and a Jew.

“Let no American imagine that Zionism is inconsistent with patriotism … There is no inconsistency between loyalty to America and loyalty to Jewry. The Jewish spirit, the product of our religion and experiences, is essentially modern and essentially American … Indeed, loyalty to America demands rather that each American Jew become a Zionist. For only through the ennobling effect of its striving can we develop the best that is in us and give to this country the full benefit of our great inheritance.”

Today, in contrast to Brandeis, the ideology of liberal groups is more Marxist than democratic, aiming for “equity” rather than equality. So in Marx’s footsteps, they create social revolutions through identity politics and do their best to undermine the American value structure. So far, this effort has been unsuccessful, given that the United States is still grounded in nationalistic anchors that are absent in Europe.

But sturdier Zionist anchors are needed within the Jewish community to overcome self-reproach over Israel’s existence. Collective historical memory is lacking from today’s discourse on Zionism, especially in America. While there are Zionists on the left and right who still appreciate Jewish history and believe in Jewish destiny, Zionist renewal outside Zion is needed.