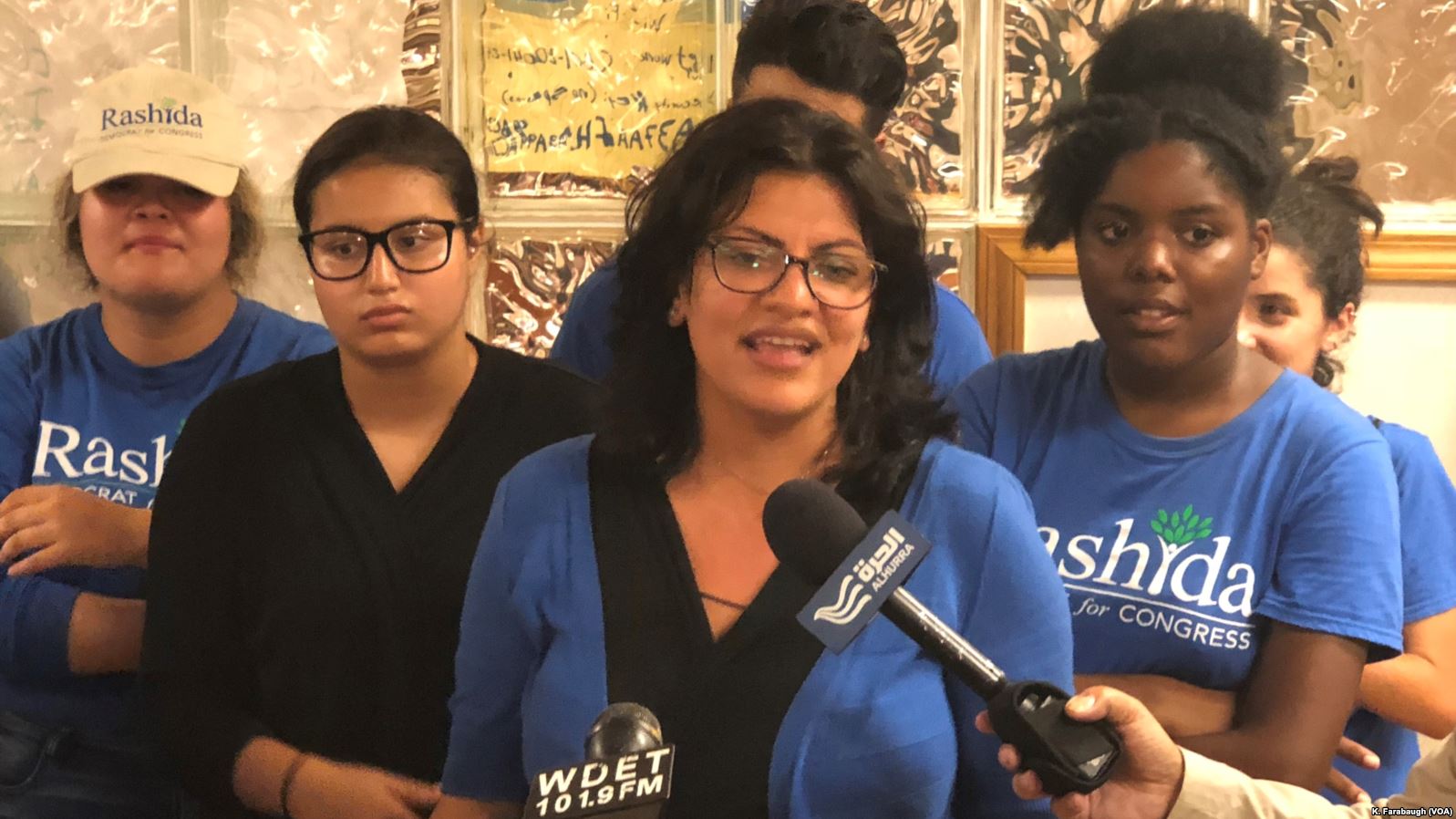 U.S. Rep. Rashida Tlaib may persist the next two years calling out Sen. Marco Rubio’s 800,000 Jewish constituents for dual loyalty, but not likely from Capitol Hill after 2020.

Tlaib is about as vulnerable as an incumbent candidate can be. Reps. Ilhan Omar and Alexandria Ocasio-Cortez can look forward to better chances for re-election.

Prominent Democrats made it official this past week: They announced formation of an organization to counter anti-Israel activities in Congress, which will probably mean aiding candidates who challenge Tlaib, Omar and Ocasio-Cortez in their 2020 Democratic primaries.

“Most Democrats are strongly pro-Israel and we want to keep it that way,” Mark Mellman, president of the Democratic Majority for Israel, told The New York Times. “There are a few discordant voices, but we want to make sure that what’s a very small problem doesn’t metastasize into a bigger problem.”

Any candidate who challenges Tlaib, Omar or Ocasio-Cortez must do far more than condemn their political positions to discredit them. They must separate what this is not about from what this is about.

The Democratic Majority for Israel will probably compete with other political forces to oust the trio. Pro-Israel groups and individuals plus local political forces will likely to do their utmost to retire all three, each of whom has made statements unfairly casting Israel as the beast and the Palestinians as the beauty in the Middle East.

Each congresswoman represents districts dominated by Democrats, so the primary election may be the only practical chance to challenge them electorally. Announcement of Majority Democrats for Israel comes amid a backdrop of Congress struggling over pro-Israel legislation.

This underscores what the pushback against Tlaib, Omar and Ocasio-Cortez is not about. By no means is it about legitimate criticism of Israel. It is about deception and distorted, broad-brushed accusations, as with Omar’s claim of Israel’s “evil doings” and her flip-flop supporting the Israeli boycott movement known as BDS.

Nor is it about their identities. Tlaib and Omar, both Muslims, have already played the religion card as Tlaib declared, with no provocation, “Yes, I am Muslim and Palestinian. Get over it.” True, some of their critics equate Islam with terrorism, but they are in the minority.

It is likewise not about Israeli “oppression” comparable to racism in America. Many Palestinians – certainly not all – seek control of Israel if not the death of its Jewish inhabitants. Is that what racial minorities here want for white America?

Anti-Israel positions are not necessarily limited to a small minority among Democrats and could blossom into a British-type scenario, where the Labour Party is hostile to Israel and some of its leaders are considered anti-Semitic.

It is not about civil discourse but abrasive confrontation. When the Senate considered pro-Israel legislation as its first order of business, Tlaib declared, “They forgot what country they represent,” prompting Sen. Marco Rubio of Florida to accuse her of raising the “dual loyalty” canard against American Jews, including those 800,000 who live in his state; Rubio is not Jewish.

Tlaib and other harsh critics of Israel yield no middle ground: Israel is the bad guy and the Palestinians are innocent victims. Interestingly, a Jewish member of the Hallandale Beach commission in Florida characterized Tlaib as a potential terrorist, and in turn another Jewish commission member proposed censure for her colleague’s overbaked reaction. Jews are notorious for criticizing one another. If Palestinians cannot do the same when it is valid, how do they expect to be taken seriously?

Tlaib must already contend with local politics, considering that she edged out her nearest challenger – Detroit City Council President Brenda Jones – by 900 votes in last year’s primary with her 31 percent win, according to the Times. Jones was among four prominent African-American candidates to take a combined 54 percent of the vote. A white mayor from a Detroit suburb received the remainder of the votes.

Omar won a respectable 48 percent of the vote during her primary in Minneapolis, and she was named to the House Foreign Affairs Committee, which addresses Middle East issues. Her perch on this committee would grant the Somali-born Muslim an opportunity for voting and voicing positions on Israel-Palestinian issues, but the spot will also leave her vulnerable to attacks from the pro-Israel side should she antagonize them.

Ocasio-Cortez is already a political legend for ousting Rep. Joseph Crowley in her 2018 primary. Allies of Crowley, who represented portions of Queens and the Bronx, are among those who are contemplating a challenge in 2020.

Hopefully, their challengers will persuade voters with a strong case for replacing them. The case is there.