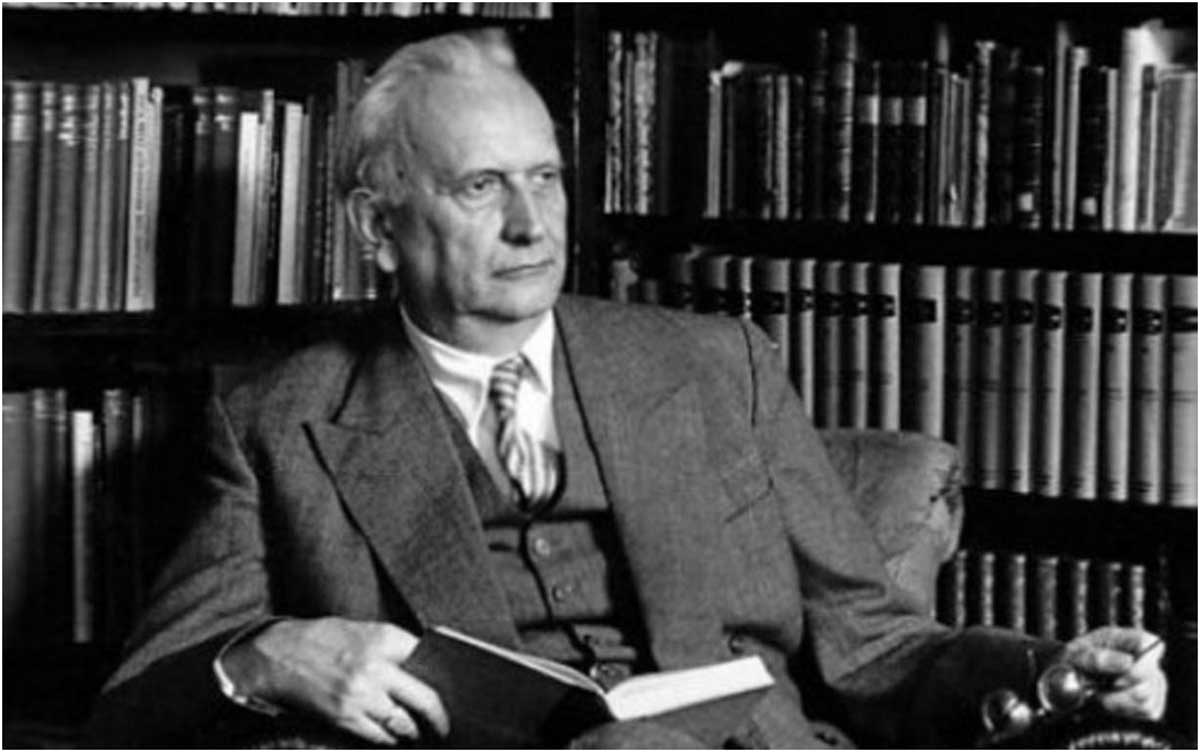 “The enemy is the unphilosophical spirit which knows nothing and wants to know nothing of truth.”-Karl Jaspers, Reason and Anti-Reason in Our Time (1952)

After the Second World War, Karl Jaspers identified a crucial but neglected bifurcation, one that could best explain the rise of Nazism. Beginning with a general comment about human behavior – “There is something inside all of us that yearns not for reason but for mystery…” – the thoughtful German philosopher proceeded to advance pertinent warnings at far deeper levels. Among other things, Jaspers observed that we must confront the enemies of Reason and Science not only in the “outside world,”[1] but “more dangerously…. inside each one of us.”

If Jaspers was correct that anti-Reason can inhere in each individual person, in the singular being and not just in the broader society (the macrocosm), it’s time to seek serious explanations and remedies beyond politics. There will, of course, arise various clarifying reasons for citizen bewilderment. Here, as is the case for any multi-layered intellectual quandary, truth may prove counter-intuitive.

During the incessantly law-violating Trump era in American politics, the United States was never actually “becoming Nazi Germany.” Still, its easily determinable trajectory was both authoritarian and lethal. And though palpably vital differences exist between “then and now,” there were also conspicuous forms of resemblance.

How shall the recent US period of grievous governmental declension best be explained? In part, meaningfully correct answers should be sought “behind the news.”  For example, both the Third Reich and Trump’s presidency thrived upon variously paradoxical juxtapositions of privilege with philistinism. For such a seemingly self-contradictory fusion, the nineteenth century Friedrich Nietzsche (an “existentialist” forerunner of Karl Jaspers) coined a specific term, one he hoped could sometime become universal. This new word of the German philosopher was Bildungsphilister. When expressed in its  lucid and coherent English translation, it signifies “educated Philistine.”[2]

The fearful commonalities are incontestable. As was the case in Germany’s late Weimer Republic years, street-fighters (e.g., Sturmabteilung or SA, Trump’s “Proud Boys,” etc.) made collaborative cause with accomplished professional classes. In the United States, this anti-democratic pattern of mutual support was established before and after the January 6 insurrection. Once again, in 2021 America, the benefits of a higher education proved more-or-less irrelevant to personal integrity.

Intellectually and linguistically, these are “delicate matters.
Even now, Nietzsche’s Bildungsphilister is a term that could shed useful explanatory light on Donald Trump’s still-uninterrupted support among millions of America’s well-educated and well-to-do. During the 2016 presidential campaign, Trump several-times commented: “I love the poorly-educated.” Nonetheless, in the end, a substantial fraction of his voter support arrived from the not-so-poorly-educated. Here, recalling philosopher Karl Jaspers’ far-seeing fears of “whisperings of the irrational,” Americans should be reminded of a kindred remark by Third Reich Propaganda Minister Joseph Goebbels: “Intellect rots the brain.”

Thankfully, there do remain tangibly meaningful distinctions between German National Socialism and the false ideology of Trump Era American politics. But generally, these distinctions express more of a difference in magnitude than one of any discernible demographic origins. At one level, many Americans remain wholly willing to abide an ex-president (and potentially future president) who not only proudly avoids reading, but who openly belittles history, science and learning.

In time, if not suitably obstructed, such misplaced trust could become lethal for an entire nation.

The “Trump Era” did not suddenly end with the election defeat of its leader. Hence, more “penetrating clear thought” is needed to understand our still-ongoing American declension. Do most Americans (even Trump’s avowed political opponents) sufficiently object to an ex-president who obviously never glanced at the US Constitution, the very same document he so solemnly swore “to uphold, protect and defend?” Is it even reasonable or persuasive to “uphold protect and defend” a document that has never even been read? Is it reasonable or persuasive that “We the people….” are still not pervasively troubled by such a cavernous intellectual disjuncture?

Certain key questions ought not be skirted any longer. To begin, how has the United States managed to arrive at such a portentous and dismal place? What have been the pertinent failures (both particular and aggregated) of American educational institutions, most notably our vaunted universities?[3]

Once upon a time, in western philosophy, Plato revealed much higher leadership expectations for his “philosopher-king.”  Yet, even if we should no longer plausibly expect anything like an ideal ruler in the White House, ought we not still be entitled to a man or woman who manages to read and think, seriously?

Philosopher Friedrich Nietzsche’s Zarathustra warns prophetically: “One should never seek the `higher man’ at the marketplace.” But the generally intellect-free marketplace was precisely where a misguided segment of American society first championed Donald J. Trump. What else should we have expected? In the United States, after all, we are ultimately measured by only one conspicuous standard.

We are measured by what we buy.

There is more, of course, much more. The former American president was not “merely” marginal or inattentive. He represented the diametric opposite of both Plato’s philosopher-king and Nietzsche’s “higher-man.” At its moral and analytic core, the Trump administration expressed a wretched inversion of all that might once have been ennobling in the United States. Even more worrisome, we Americans are now stumbling further and further backwards, visibly, unsteadily, not in decipherable increments, but in giant leaps of self-propagating and mutually reinforcing harms.

Among other debilities, these leaps identify the stain of unforgivable cowardice, especially in certain narrowly-combative sectors of the US Congress.

Former president Trump never did begin to understand that tangible US history deserves a special pride of place. How many Americans have ever paused to remember that the Founding Fathers who framed the second amendment were not expecting automatic weapons? How many citizens have ever really bothered to know that the early American Republic was a religious heir of John Calvin or the philosophical descendant of John Locke and Thomas Hobbes? How many “successful” US lawyers have even heard of William Blackstone, the celebrated English jurist whose learned Commentaries literally formed the common law underpinnings of America’s legal system?

There is more. Is there a single Trump lawyer (personal or institutional) who could conceivably recognize (let alone read) Blackstone’s juristic contributions? It’s a silly question.

Human beings are the creators of their machines; not the other way round. Still, in politics, there exists today an implicit and grotesque reciprocity between creator and creation, a potentially lethal pantomime between users and the used. Nowhere is this prospective lethality more apparent than among the endlessly self-deluded but always loyal supporters of former US President Donald Trump. If these supporters still follow him faithfully, it is because they seek more intense emotional satisfactions than Science or Reason can ever possibly offer.

But by definition it’s an ill-fated search.

Again and again, these acolytes turn to contrivance, conspiracy and an utterly willful irrationality. Whether the January 6 insurrection was past or prologue remains to be seen.

Even today, former President Donald Trump’s simplifying “explanations” offer millions of Americans an ill-founded kind of reassurance. Metaphorically, they continue to provide adherents with a ubiquitous and useful “solvent,” one capable of “dissolving” almost anything of any enlightening consequence. At the end of the 18th century Age of Enlightenment, the philosopher Immanuel Kant urged Europeans: “Sapere Aude”: “Dare to know.” Above all else, the Trump minions’ uninterrupted “fight” against Science and Reason expresses a fierce struggle against this helpful mantra, against the indispensable sovereignty of human intellectual freedom.

What’s ahead for the United states? Soon, even if Americans should somehow manage to avoid nuclear war and nuclear terrorism – an avoidance not to be taken for granted in the dissembled aftermath of Donald Trump – the swaying of the national “vessel” could become unendurable. Then, the phantoms of great ships of state once laden with silver and gold would no longer lie forgotten. Then, perhaps, we could finally understand that the circumstances that sent the compositions of Homer, Maimonides, Goethe, Milton, Shakespeare, Freud and Kafka to join the works of properly forgotten poets were neither unique nor transient.

These circumstances were recurrent and remain palpably menacing.

In an 1897 essay titled “On Being Human,” Woodrow Wilson inquired about the “authenticity “of Americans. “Is it even open to us to choose to be genuine?” he asked. This American president had answered “yes,” but only if the citizens could first refuse to cheer the dreadfully injurious “herds” of “mass”[4] society. Otherwise, as he had already understood, our entire society would be left bloodless, a skeleton, dead with that rusty death of broken machinery, more hideous even than the biological decomposition of each individual person.

In every society that seeks to endure (as Emerson and the other American Transcendentalists had already recognized), the wittingly scrupulous search for Reason is most important. Looking ahead, there can be a “better”American soul[5] (and thereby a more Reason-directed national politics),  but not before this nation can first acknowledge a prior obligation. This antecedent requirement is a starkly overriding national responsibility to overcome a still-menacing “herd” culture.

Per Karl Jaspers’ apt warnings, this means a primal obligation to uproot an all- too-often triumphant Anti-Reason.

Even after its final destructive explosion of lawlessness at the US Capitol, the Trump presidency managed to end without igniting a catastrophic war.  But for the United States, even that presumptively “happy ending” might still represent little more than a temporary reprieve. Unless we can finally begin to work much harder at changing this polity’s consistently core antipathies to Intellect, Law and (above all) Reason, Americans will have to face periodically perilous eras of collective decline.

The “trick” will be to alter the nation’s direction in time. Philosophically, to change this lethal trajectory will call for a manifestly far-reaching national victory of Reason over Anti-Reason. Once such a victory is finally achieved, the United States could finally begin to fashion a future based upon more than distressingly illiterate conspiracy theories and rancorously foolish ad hominem diatribes.

America’s most genuinely primal problem is not a struggle against any one species or another of “enemy” (whether foreign or domestic), but a recalcitrant segment of United States citizens which “knows nothing and wants to know nothing of truth.” Until this is changed, millions of Americans will cling fiercely to evident and dangerous nonsense.

Until this is reversed, enlightenment and survival will remain in dire peril.

[1] We were all originally warned about confusing “shadows” for reality by Plato (The Republic). See, by the present author, Professor Louis René Beres, at Horasis (Zurich): https://horasis.org/looking-beyond-shadows-death-time-and-immortality/

[2] The first language of the present author, Professor Louis René Beres, was German. Born in Zürich, this is his own translation.

[3] See by this author at The Daily Princetonian: Louis Rene Beres, https://www.dailyprincetonian.com/article/2018/06/a-core-challenge-of-higher-education

[5] Sigmund Freud maintained a general antipathy to all things American. In essence, he most objected, according to Bruno Bettelheim, to this country’s “shallow optimism” and its seemingly corollary commitment to crude forms of materialism. America, thought Freud, was very evidently “lacking in soul.” See: Bruno Bettelheim, Freud and Man’s Soul (New York: Alfred A. Knopf, 1983), especially Chapter X.