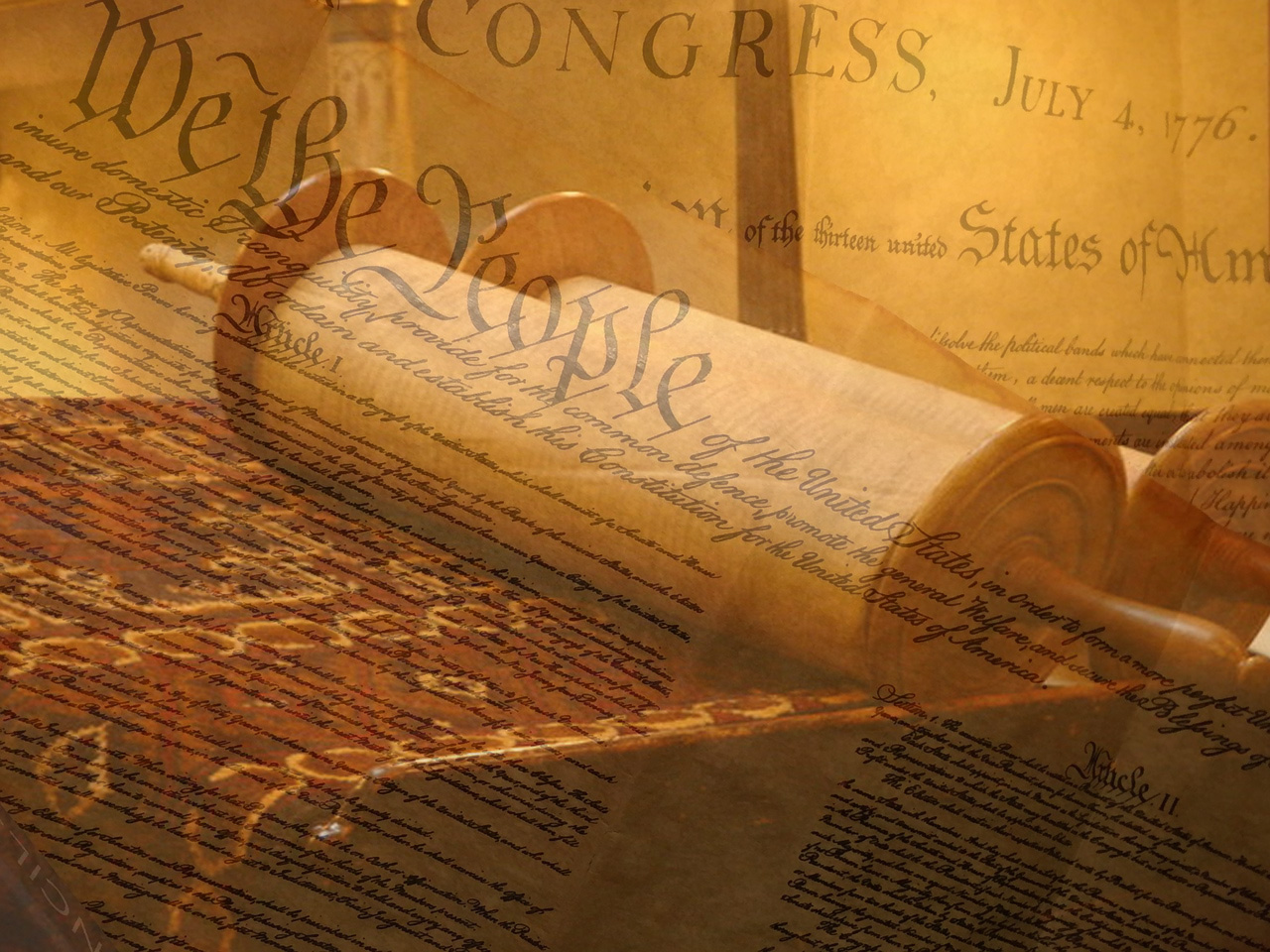 “God who gave us life gave us liberty … Can the liberties of a nation be secure when we have removed their only firm basis, a conviction in the minds of the people that these liberties are the gift of God?” — Thomas Jefferson.

Jews around the world recently read the final chapter of the Torah, V’Zot Habrachah (“And this is the Blessing”). In this chapter, Moses blesses the children of Israel before his death.

This chapter is read on Simchat Torah (Rejoicing in the Torah), which concludes the annual reading of the Torah. Right after this reading, the congregation proceeds to read the first chapter of the Torah, Bereshit (In the Beginning), thus beginning the annual ritual of reading the Torah. This is the first section of the Bible, which the Jews believe was written by God. It is Judaism’s core and most important document, constituting the foundation of the Jewish religion.

The Jewish celebration of the Torah offers an interesting comparison to the way Americans regard the Constitution, the foundation of the U.S. government system. Since the moral philosophy of the Constitution is largely derived from the Torah, while secular, it is divinely inspired. Moreover, it was written by the smartest people to ever create such a foundational document.

The Torah portion of the week is then read in seven parts, with seven congregants invited to make a blessing before and after the reading. When the Torah reading is completed, an additional, complementary reading is undertaken, from the books of Prophets or Kings. After this part of the service concludes, the Torah is once again carried to the congregants before being returned to the ark.

The rabbi then gives his sermon, highlighting some aspects of the weekly Torah reading. After the morning service is completed, during the subsequent communal lunch, an invited speaker gives a quick analysis of some aspect of that week’s reading. Later in the afternoon, the rabbi teaches a class about the Torah reading.

At the end of the annual reading that takes place on Simchat Torah, the congregation dances with all the Torah scrolls possessed by the synagogue.

The sad reality is that this unique document is disappearing from the public sphere after only 233 years, endangering the survival of the freest country in the world. On the other hand, the reading and respect for the Torah are still vibrant, even after 3,300 years.

It is time for American leaders and We the People to demand that the Constitution be taught in all U.S. schools, public and private.

Therefore, we suggest the following changes:

• Questions on the Constitution should be added to standardized high school tests.

• Colleges should request essays on the Constitution from applicants.

• School curricula should include weekly readings of portions of the Constitution in all classes, with students reading passages aloud.

• Each session should conclude with a discussion.

• High schools should hold constitutional knowledge contests once or twice each school year.

• Senators and congressmen should read excerpts from the Constitution on a weekly basis in both federal and state capitols.

• Public officials should cite the Constitution on major holidays such as Independence Day, Thanksgiving, Memorial Day, and, of course, Constitution Day.

It is essential that Americans familiarize themselves with and celebrate their unique foundational document, so it cannot be taken away.

Ken Abramowitz is the president and founder of SaveTheWest.