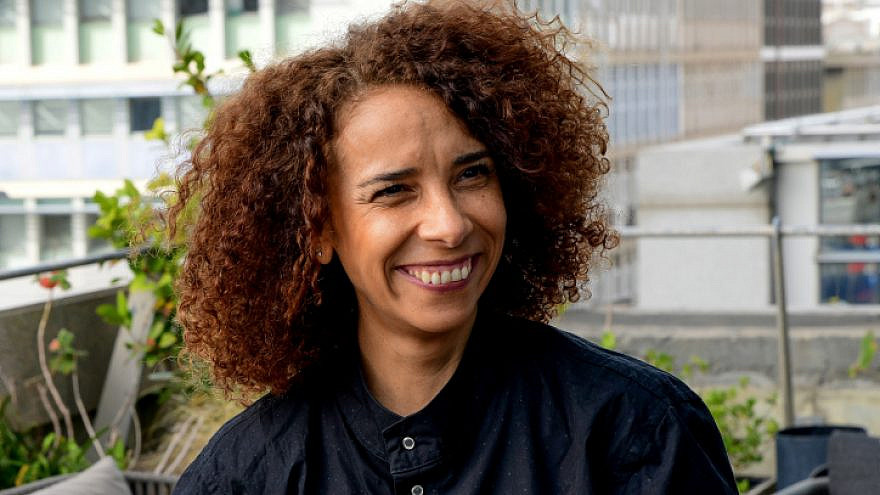 Much of the Israeli right is furious about the Supreme Court ruling on Sunday that Labor Party candidate Ibtisam Mara’ana-Menuhin is kosher to run for a Knesset seat in the March 23 election.

The ruling overturned the Feb. 17 Central Elections Committee (CEC) decision to ban Mara’ana-Menuhin—a documentary filmmaker and creator of the Arabic-language TV series “Bila Muakada” (“No Offense,” broadcast on Israel’s Kan network—from participating in the process. When the Arab-Israeli leftist who calls herself a “Palestinian” won the seventh slot in the Labor primaries at the end of January, opponents dug up her past social-media posts to prove that she is unfit to sit in the parliament of the Jewish state.

These naysayers happened to include fellow Labor Party members who, along with the far-right Otzma Yehudit Party, filed a petition with the CEC to disqualify her. To back up their objections, they went digging into her social-media history.

What they uncovered was political gold. Among the statements that she had made on Facebook were attacks on Zionism in general and the Israel Defense Forces in particular. She also boasted in 2012 about refusing to stand for the two-minute siren on Memorial Day for Israel’s Fallen Soldiers.

To counteract the harsh criticism that these and other remarks elicited, her champions have been highlighting the fact that she’s married to a Jewish Israeli, Boaz Menuhin—whose mother is a Holocaust historian and the daughter of survivors. In a long “at-home” interview with Channel 12 on Feb. 20, she was seen with, and in the warm embrace of, said mother-in-law.

It was a nauseating display and just as staged as her “sincere” apology for having said such mean things about the State of Israel. You know, the country she now wishes to serve—the one in which her “100 percent Jewish and 100 percent Arab” daughter, Sofia, was born and is being raised in affluence.

She also expressed her remorse before the court. But this, apparently, was not the reason for its ruling in her favor. Supreme Court Chief Justice Esther Hayut wrote that “while [Mara’ana-Menuhin’s] behavior is contemptible, it does not negate Israel’s right to exist.”

Justice Daphne Barak-Erez added, “Running in the elections is not a ‘prize’ afforded only to model citizens or to those whose opinions conform to others.’ ”

Those lawmakers who rightly view the Supreme Court as regularly overstepping its intended purview promptly exploded. Calling the decision “outrageous and disgraceful,” the Yamina Party responded by saying, “The only thing that [the ruling] proves is that the judiciary is in need of comprehensive reforms.”

The Religious Zionist Party stated that “the Supreme Court again shows contempt for the legislature, ignores the letter of the law and sides with the enemies of the Israeli public.”

Knesset Speaker Yariv Levin of Likud declared that the Supreme Court “has once again failed to defend the most basic values of the State of Israel.”

Though their criticism of Israel’s ultra-activist judges is justified, they should be celebrating, rather than mourning, the decision in question. Indeed, removing Mara’ana-Menuhin from the Labor list would provide party leader Merav Michaeli with two coveted electoral assets.

The first is the gift of the moral high ground. There’s nothing that Michaeli—a radical feminist who argues that the institution of marriage should be canceled—likes better than an excuse to accuse Israel of racism against its Arab citizens.

The second is a smokescreen to hide her extremist agenda from naive voters who still harbor nostalgia for the Labor Party of yore, and imagine it to be more centrist than Meretz, the party Mara’ana-Menuhin used to belong to before it endorsed “Operation Cast Lead” in Gaza in 2009.

No dummy, Michaeli realizes that the majority of the electorate leans to the right, and she has been playing her cards accordingly. So far, her strategy of appearing less of a leftist than she actually is has been working.

Before her recent victory in the party primaries, following the resignation of Amir Peretz, Labor was on the verge of extinction. Polls were predicting that it would take a miracle for the party of the country’s “founding fathers” to garner the four mandates required for it to pass the electoral threshold.

During the weeks since Michaeli took the helm, however, Labor’s popularity has been increasing, with surveys indicating that it is likely to accrue five or even six seats in the next Knesset. This would have been more disconcerting for the right had Michaeli and Meretz chairman Nitzan Horowitz joined forces to form a larger left-wing party.

But, thanks to their egos, with neither willing to forfeit head-honcho status, this didn’t happen.

Herein lies the good news. The likelihood of Labor’s gaining seven seats is practically nil. In other words, Mara’ana-Menuhin has about as much chance of entering the Knesset as Michaeli has of emerging as Israel’s next prime minister.

If the former had been denied the privilege of running, then the latter would have had the ill-deserved benefit of the doubt.