Home Op-Eds Shaping A Life To Prepare For Death 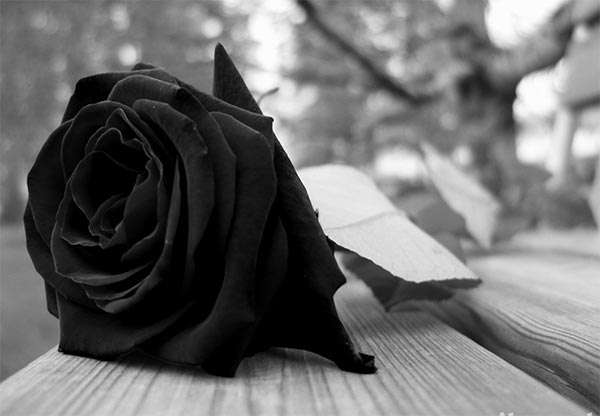 In a way, lives can be shaped, much the way a ceramic bowl can be shaped.  Of course, the tools for shaping a temporal entity like a life are very different from the tools for shaping a spatial entity like a bowl.  For a bowl you need solid tools that have mass, matter and substance.  Tools like a wood modeling tool, a scraper, a needle tool, a ribbon tool, a loop tool, a wood potter’s rib and a wire clay cutter.  For a life, the tools are conceptual.  They are mental constructs that allow a person to perceive his life apart from all the social, emotional and physical connections that he has established in the world.  And the phenomena, the entities people create, the images and maps they develop, are built in the case of each human being in such a way as to give him a special meaning through verbal analysis and description and through appropriate behavior.

Or rather this is the way it was until somewhat recently.  Now we have people trying to make palpable that which was previously thought of as only intangible in order to somehow control the very process of life.  Now we have holographic reconstructions of a person’s life.  I have discussed this notion in previous articles.  With holographic reconstruction, a person can go on living forever in some form without solid substance.  And, of course, we have the technology to shape our holographic presentation through cameras and recorders among other things.  Let’s not leave out the technology to transform our substantive presences into virtual reality.  So now we can literally shape the way we are perceived, assuming we want to follow this path, by those who survive us.

There is another way we can shape our lives as a legacy for others.  And that is through interval timers.  People are using them for the purpose of taking images of their lives at fixed intervals so that they can, in effect, leave video summaries of their lives for their survivors in the external world.  So they won’t be forgotten.  Kind of like a video photo album.

Both holographic reconstruction and interval timer life summaries are two modern technological methods of shaping one’s life for presentation to others, much the way the ceramicist is shaping a bowl for presentation to others.  But whereas the ceramicist is using new substance to create the entity he is presenting, the modern life shaper is taking substance away from the entity that he is presenting.  The holographer is eliminating substance spatially as he creates entities that are built as spatial vacuums.  The person who does interval timing is eliminating substance temporally by picking video points of a person’s life to compress into a much shorter temporal version of the person.  In each case, the flowing blendable continual stimuli are suctioned out of the person being transformed by reduction, and what is left is a series of defined discrete stimuli that give a person a basic sense of definition and not much else.  In each case the person is reduced to a form of vacuity: one is spatial and the other is temporal.  But each one has profound effects in its own way as a kind of indirect implicit source of modeling for the creator of the vacuumized entities.  The technologist reduces a person – the technologist or someone else – to a shrunken version of himself.  And then, the shrunken version indirectly acts as a mirror and a model for the creator of these modern technological phenomena.  So the creator starts seeing himself and others as people of truncated substance and people lacking coherence.  Very simply, there is no organic flow to these technological versions of people.  Without organic flow, a person influenced by these technological versions of people is going to lack flowing consciousness and a coherent sense of self.

The holographic person may appear to have consciousness, but, in truth, he is an artificial creation that has been programmed to respond to different cues in different ways.  He appears to be operationally alive, but he is not essentially alive.  Rather, he is like a vacuumized zombie or, even more relevant to today, a vacuumized robot.

And the life that is recreated by the compression from an interval timer attempts to be a seamless compression, but the mind can still determine that it is chopped-up and lacks the organic vitality and vibrancy of a flowing blendable continual life.  In the overly ambitious attempt to somehow preserve the organic imprint made by one’s whole life, the life is completely subtracted from one’s life.  What remains is the equivalent of a calcified shell.  Something that has much less life than a ceramic bowl made by an accomplished ceramicist, who is adding some of his own life to inert matter rather than subtracting life from a vital human organism.

And this is where a truly effective surrogate immortality is created.  By the imprints left on others from one’s creations and deeds and words and human bondings, the impressions that became a part of the indelible memories of the people around one, after he is gone.

The Golden Age of Judaism in al-Andalus Part 1

What is it with J Street and anti-Semites?