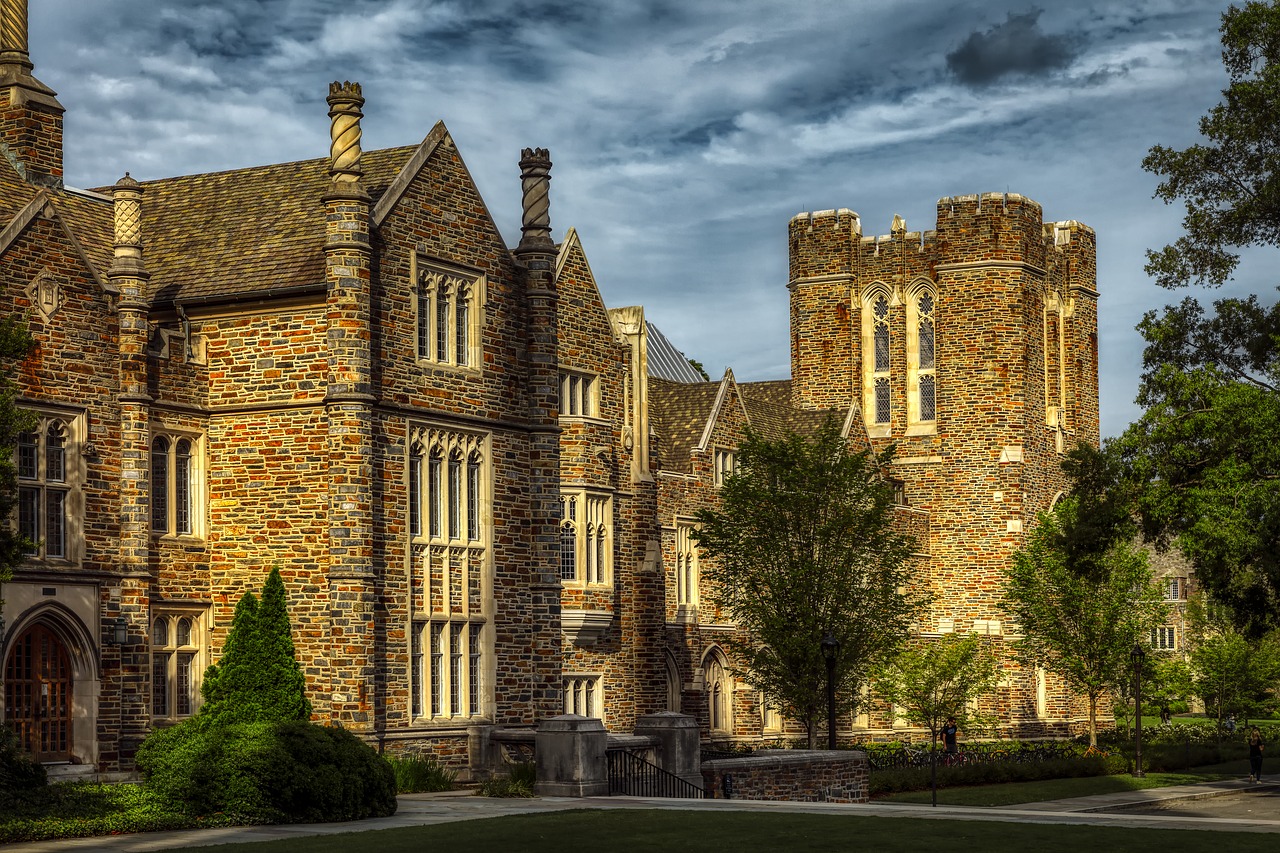 The recent action by the Duke Student Government (DSG) to withhold recognition to a new pro-Israel student group seems to confirm that academic free speech is not always free depending on who is speaking. On Nov. 9, DSG president Christina Wang made the outrageous decision to veto the recognition of Students Supporting Israel (SSI) after the group posted a response to an anti-Israel Duke sophomore, Elyana Riddick, who had captioned a now-deleted Twitter post about SSI by writing, “My school promotes settler colonialism.”

“To Yana and others like her,” SSI posted on its Instagram account, “please allow us to educate you on what ‘settler colonialism’ actually is and why Israel does not fall under this category whatsoever. These types of narratives are what we strive to combat and condemn, which is why Duke’s chapter of Students Supporting Israel has been officially established & is here to stay,” the post read.

While it seems that denouncing Israel, as Riddick did, as a racist colonial occupier of stolen Arab land is perfectly acceptable, SSI’s response to her was obviously totally unacceptable, violating, it seems, her sensibilities and right to express disdain for groups with which she disagrees.

Riddick posted her comments on Twitter, a social-media platform open for all to see. So she certainly could not and should not have what lawyers refer to as an “expectation of privacy” since SSI did not quote her from statements she made in a private conversation or email exchange, for instance, where she had not agreed to have her opinions publicized.

In justifying her decision to yank recognition from SSI, Wang unconvincingly suggested that SSI’s posts directed at Riddick were “evidence that the group singled out an individual student on their organization’s social-media account in a way that was unacceptable for any student group and appeared antithetical to the group’s stated mission to be welcoming and inclusive to all Duke students, and educational in mission and purpose” [emphasis added].

One group at Duke, as a matter of fact, seems to have escaped the watchful eye of the student government censors, a “group exhibiting similar conduct” that has regularly displayed “potentially hostile or harmful” behavior—namely, Duke’s own chapter of the virulent activist group, Students for Justice in Palestine (SJP). On 200-plus campuses where it has chapters, SJP purports to be a group seeking social justice for the long-aggrieved Palestinians; however, at colleges today, being pro-Palestinian, by definition, has come to mean being anti-Israel.

SSI was established at Duke, as it has been on other campuses, for the exact reason to answer back to this type of rhetoric and ideology hurled relentlessly towards Israel, and to counter those accusations with facts, history, context and rigorous debate—exactly what universities hope will take place within their respective communities.

If the speech and behavior of Duke’s SJP were evaluated in the same way that SSI’s single social-media post was in response to a critic’s slander about Israel, that organization might deservedly lose its recognition, too, assuming things were assessed fairly.

SJP was nearly giddy when it learned that SSI had been canceled, knowing that bothersome, opposing views about Israel and the Palestinians would still be absent on the Duke campus. A lengthy, tendentious Nov. 13 letter SJP published in Duke’s student newspaper, The Chronicle, “It’s okay to support Palestine,” used the announcement that SSI had been eliminated to deride the group for its clumsy social-media skills and to once again attack the Jewish state with a series of lies, distortions, historically inaccurate claims and lack of context. The column also contained an overall caustic tone in which they taunted SSI by repeating the phrase at the center of the Twitter controversy—“settler colonialism”—no less than 13 times in the article, as well as making at least seven references to Israeli “settlers” to reinforce the accusation.

With an astounding lack of self-awareness, SJP petitioned the Duke administration to curtail the targeting of any group of students and shield them from the “violence” of speech and ideas that could “harm” them, as Riddick claimed to be harmed after she was called out for her baseless critique of Israel.

“To the Duke administration,” SJP wrote, “we call on you to speak up on behalf of the students you are obligated to create a safe environment for,” ignoring, of course, the fact that for years SJP has been singularly responsible for creating a hostile climate for Jewish students on campuses where they are active. Further, SJP claimed, “This instance of targeted harassment [towards Riddick] is not an isolated one. It is not wholly unique or novel. Rather, it is the product of Zionist organizing’s fundamental nature.” In other words, according to SJP—a group that has publicly announced it seeks to expel Zionists from campuses and shut down any pro-Israel dialogue (and is proud of its role in doing so)—being pro-Israel means having to target others with opposing views. When SJP attacks its opponents and targets them, of course, it is acceptable activism in a campaign for social justice. When SSI does this on behalf of Israel, however, it is harassment and morally questionable.

The SJP letter also includes unsupportable claims that appear promiscuously in anti-Israel rhetoric, but are a misreading of history and facts on the ground. For example, the letter decries “the historic and ongoing displacement of Palestinian peoples and the appropriation and occupation of Palestinian lands,” ignoring the fact that the disputed territories of Judea and Samaria (carelessly referred to as the West Bank) have never been Palestinian land, and, like Israel proper, was land that comprised the Mandate for Palestine and committed all of those areas to a Jewish homeland.

In its statement concerning the Duke situation, SSI National expressed its concern that the decision to shut down the Duke chapter because of a single social-media post in which the group defended Israel against an untruth published by a critic represents a threat to academic free speech and the right of individuals on both sides of the Israeli-Palestinian debate to be heard. “We would like to know if other clubs on Duke’s campus have their social-media channels reviewed by the student government as well?” the organization rightly asked. “Do other clubs need to apologize for writing statements that some may disagree with?”

“If not, then this is a clear singling out of the new pro-Israel club,” they concluded, “and we are concerned about whether Duke students truly have the right to free speech.”

Apparently, in the case of those who wish to defend the Jewish state, the answer is, sadly, no.

Richard L. Cravatts, Ph.D., a Freedom Center Journalism Fellow in Academic Free Speech and president emeritus of Scholars for Peace in the Middle East, is the author of “Dispatches From the Campus War Against Israel and Jews.”