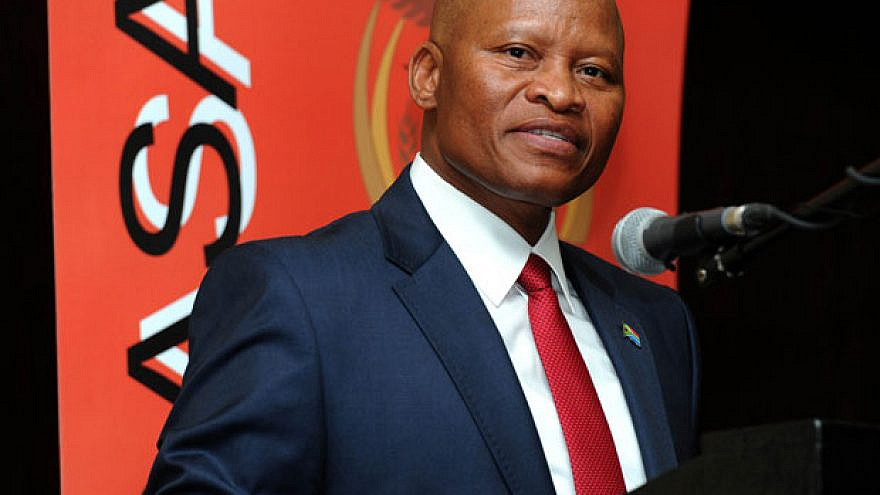 As of this writing, South Africa’s Chief Justice Mogoeng Mogoeng was on day seven of a 10-day deadline to publicly apologize for a speech he made last year in which he offered a full-throated defense of Israel, and still, he stood fast—no apology was forthcoming.

Mogoeng’s uncompromising stance has enraged South Africa’s powerful pro-Palestinian lobby and reignited the charge that the modern-day State of Israel is a reincarnation of South Africa’s old apartheid regime when a white minority that constituted 10 percent of the population ruled over a legally segregated, brutalized black majority who constituted 90 percent

The context of this latest row over Zionism in a country that is peculiarly obsessed with the conflict between the Palestinians and Israel was the speech that Mogoeng gave in June 2020 at a webinar hosted by The Jerusalem Post. Appearing alongside South African Chief Rabbi Warren Goldstein, Mogoeng explained that his “love” of the Jewish state was rooted in his Christian faith. He then chastised the ruling ANC’s hardline pro-Palestinian foreign policy, pointing to the hypocrisy that allows Israel to be effectively excommunicated by South Africa while the government maintains close relations with its former colonizers at the same time.

“Did Israel take away our land or the land of Africa? Did Israel take our mineral wealth? We’ve got to move from a position of principle here,” Mogoeng declared at the webinar. In the predictable firestorm that followed, three pro-Palestinian organizations, including South Africa’s national committee promoting the antis-Semitic BDS campaign, filed protests with the official judicial body that deals with complaints against judges. That body, the Judicial Conduct Committee (JCC), duly found Mogoeng guilty of misconduct on March 5. In a measure that brought to mind uncomfortable associations with what passes for justice in totalitarian states, the JCC drafted a three-paragraph apology on Mogoeng’s behalf, ordering him to sign it within 10 days.

It should be observed that Mogoeng is not shy of making politically controversial remarks in provocative language, including one that will distress many supporters of Israel for reasons that are entirely unrelated to Israel. Last December, he warned that some COVID-19 vaccines might turn out to be the work of the devil, with the purpose of “advancing a satanic agenda of the mark of the beast.” He went on to say: “If there is any vaccine that is deliberately intended to do harm to people, that vaccine must never see the light of day. I cry unto God to stop it.”

Against this wider background, it doesn’t seem completely unreasonable that South Africa’s judicial overseers would want to reign in a chief justice who strays into areas well outside of his remit, like public health protocols or foreign policy. More basically, in South Africa as in any democratic country, judges who loudly and casually opine on policy matters violate the spirit, if not the letter, of the separation of powers that keeps our institutions independent and accountable.

But this limited perspective misses the elemental point that what stood out in the case of Mogoeng’s Israel comments was the politically loaded fury underlying the response to them. The South African Jewish academic Milton Shain expressed it well in a recent opinion piece for Business Day. Arguing that legal experts would legitimately debate whether or not Mogoeng had contravened the judicial code, Shain asserted that “what seems to be drowned out by the surrounding noise is the vehemence with which his words were greeted at the outset, as opposed to the relative silence around his comments on the Covid-19 vaccine—not to mention the unusual alacrity with which the judicial conduct committee has acted on the matter.”

Why? Because Mogoeng was talking about Israel positively while shining a light on the double standard in South African foreign policy that enables its government to cozy up to repressive regimes around the world, from Iran to China, while depicting Israel as a rogue apartheid state. In doing so, he struck at the heart of the Cold War-era, ideological dogma that still informs the ruling ANC’s view of the world—in this case, that Zionism is a form of racism and that anyone who questions that slanderous notion must themselves be a racist.

Whether or not Mogoeng abused his position as chief justice—and as I said, my view is that members of the judiciary making political statements is not something we should encourage—the impact of his comments has again exposed the moral rot at the heart of South African foreign policy. Sadly, many of the leaders of the anti-apartheid struggle have openly encouraged the false application of this term to Israel, despite the glaring absence of the key monstrosities—no right to vote for black people, deliberately restricted educational opportunities for black people, a ban on inter-racial relationships, draconian laws to punish those who spoke out against the system and much else—that defined apartheid in South Africa. In confronting this falsehood, Mogoeng was also speaking for thousands of Christian black South Africans who loathe their government’s policy towards Israel as a consequence of their spiritual identification with the Jewish state.

If Mogoeng continues with his refusal to parrot a scripted apology, the next step for the pro-Palestinian lobby will be to press for his dismissal. That will involve a bitter struggle that will divert South Africans from more pressing matters, like defeating the coronavirus pandemic and combating mass unemployment. Then again, as has frequently been demonstrated by anti-Zionist campaigns inside and beyond South Africa, for the pro-Palestinian lobby, “Palestine” always comes first, no matter the price.