Home Op-Eds The bipartisan consensus on Israel broke, and the GOP can’t be blamed 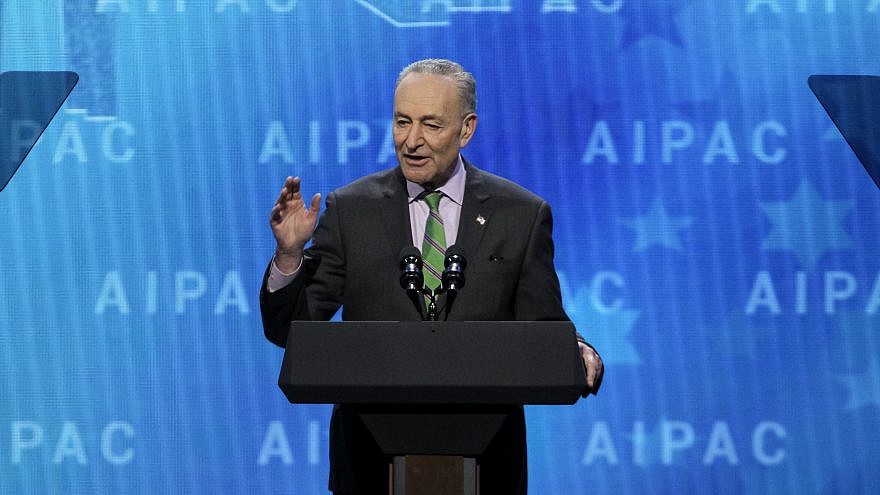 For the past two decades, Jewish Democrats have lamented what they considered an assault on the bipartisan consensus on Israel. According to them, the people trying to destroy it were Republicans. They saw the GOP’s efforts to point out the contrast between the increasing lockstep support for the Jewish state on their side of the aisle with growing divisions among Democrats as inappropriate. Highlighting dissent about Israel among Democrats was labeled as an attempt to use the problem as a “wedge” issue to get more Jews to vote for Republicans.

If that was the GOP’s goal, they failed. The overwhelming majority of Jews remain loyal supporters of the Democratic Party. That has remained true regardless of where Democrats stood on Israel because the liberal majority prioritizes social-justice issues over those connected to the Jewish state.

But in the last two weeks, as Hamas has launched thousands of missiles at Israel and the Jewish state has decidedly responded, it’s become clear that we are witnessing the end of what is left of that bipartisan consensus. And far from it being engineered by Republicans, the crackup is almost entirely the result of a conflict being waged inside the Democratic Party.

Since the election three years ago of the members of “The Squad” to Congress, including open anti-Semites such as Reps. Ilhan Omar (D-Minn.) and Rashida Tlaib (D-Mich.), centrist Democrats have insisted that they didn’t represent their party’s views.

It’s true that most of the Democratic leadership continues to pay lip service to support for Israel. That includes President Joe Biden, who seems to be trying to keep his word about criticism of the Jewish state being uttered in private, rather than in public, as former President Barack Obama did. Indeed, pro-Israel Democrats could point to the administration’s decision to block U.N. Security Council resolutions that treated Hamas terrorist attacks as morally equivalent to Israeli self-defense. It’s also true that nine Democrats spoke up in defense of Israel last week on the floor of the House of Representatives.

But the problem goes beyond the fact that those nine were answered by fiery denunciations of Israel and repetitions of Palestinian calumnies about the Jewish state by 11 leftist House Democrats or the equally bitter criticisms of the Jewish state by Sens. Bernie Sanders (I-Vt.) and Elizabeth Warren (D-Mass.) There was also the fact that 28 Senate Democrats, a majority of their caucus, endorsed a demand for an immediate ceasefire between Israel and Hamas, even as the latter continued to rain down rockets and missiles on the Jewish state’s people, while Republicans issued statements placing the blame for the fighting squarely where it belongs—on Hamas.

Perhaps even more telling was the reaction of Democrats who claim to be among Israel’s greatest defenders.

Senate Majority Leader Chuck Schumer (D-N.Y.), who has spent his career boasting to Jewish audiences that he is a shomer (a play upon a Hebrew word for “guardian” of Israel that is similar to his name). Yet in a week when 11 Jews were killed by Palestinian terror attacks, he had nothing to say about it or those in his party who are echoing some of the most despicable lies about the Jewish state. He only broke his silence with another call for an immediate ceasefire and neutral rhetoric that expressed no solidarity with Israel’s plight.

Equally disturbing is the stand of Sen. Robert Menendez (D-N.J.), a stalwart friend of Israel who defied Obama in opposing the 2015 Iran nuclear deal. But the days of Menendez standing with Israel are over. He said he was “deeply troubled” by Israeli attacks on terror targets, including an office building in which Al Jazeera and the Associated Press shared space with Hamas operatives and implied that the Jewish state was violating “the rules of war.”

Jeremy Ben-Ami, the head of the left-wing lobby J Street, who has worked for more than a decade to undermine the pro-Israel consensus from the left, had reason to boast to The New York Times that most Democrats now see “reflexive support for Israel’s right to defend itself” as the moral equivalent of “saying our thoughts and prayers go the victims of the latest mass shooting.”

Like him, they see Israel and its right to prevent terrorists from killing its citizens or the defense of Jewish rights in Jerusalem as the problem. They give the Palestinians, who have repeatedly rejected peace and a two-state solution, and do not recognize the legitimacy of a Jewish state no matter where its borders are drawn, a pass because they are perceived as underdogs.

Just as Democrats refused to condemn Omar and Tlaib for their anti-Semitism in 2019, no one in the Democratic leadership, including “Schumer the shomer,” would criticize the extremist statements of the 11 anti-Israel Democrats that demonized Israel, such as Rep. Alexandria Ocasio-Cortez of New York, who repeated the “apartheid state” libel. To the contrary, after Biden met with Tlaib this week, he praised her as a “fighter” whose “intellect” and “passion” he admired, though in doing so he got her name (he called her “Rashid”) wrong.

That made it appear as if it were the pro-Israel members of the House who were isolated, not the ones who expressed their contempt for the Jewish state.

The Democratic base has shifted its perspective because of the pervasive influence of the Black Lives Matter movement, and attitudes about critical race theory and intersectionality that falsely classify Jews and Israel as beneficiaries of “white privilege” who are oppressing “people of color”—i.e., Palestinians.

The Times summed up the shift succinctly:

“As Democratic voters and liberals have become more self-consciously organized around concepts like equity and systemic discrimination, their push for more liberal policy positions … at home has reshaped the way many view the conflict in the Middle East and the violence it has produced.”

This is how attacks on Israeli self-defense and even the right of a Jewish state to exist which were outliers during the 2014 Gaza war have become legitimized. They have become mainstream talking points among liberals and are endlessly repeated by the Democrats’ popular-culture influencers like comedians Trevor Noah and John Oliver, who accused Israel of “war crimes,” as well as the editorial pages of the Times.

Many Americans who parrot toxic BLM slogans do so because they think they are anodyne expressions of opposition to discrimination, not realizing that these ideas are fundamentally illiberal and reinforce racism. But when applied to the conflict between Israel and the Palestinians, they are also based on false moral equivalence between the two sides.

Do those who treat Hamas as the representatives of an oppressed people realize that the goal of those shooting at Israel is to eliminate the Jewish state and slaughter its people, rather than support for human rights? Some don’t, and others no longer care.

Even the liberal Jewish groups who are using the current fighting to try and resurrect interest in a two-state solution seem to miss the fact that if Israel were forced out of the West Bank by American pressure, it would likely soon become a larger and more dangerous version of Hamas’s terrorist base in Gaza. But so deeply ingrained is support for this false narrative of victimization, including the lies about the Jerusalem property dispute that was part of the pretext for the latest flare-up in fighting, that many Democrats accept them without question. Meanwhile, Republicans who continue their lockstep support of Israel look on as the distance between the two parties on Israel continues to grow.

If, as seems likely, Biden pivots towards more pressure on Israel to make dangerous concessions to the Palestinians rejected by most Israelis in the aftermath of the current fighting, it will be because he knows that’s what most Democrats now want. Some may pretend that the demise of the pro-Israel consensus is the fault of conservatives who still unreservedly support the Jewish state. The fault for this crackup, however, is solely the fault of liberals who have surrendered to critical race theory myths that give a permission slip to hatred of Israel and the Jews.

Jonathan S. Tobin is editor in chief of JNS—Jewish News Syndicate. Follow him on Twitter at: @jonathans_tobin.