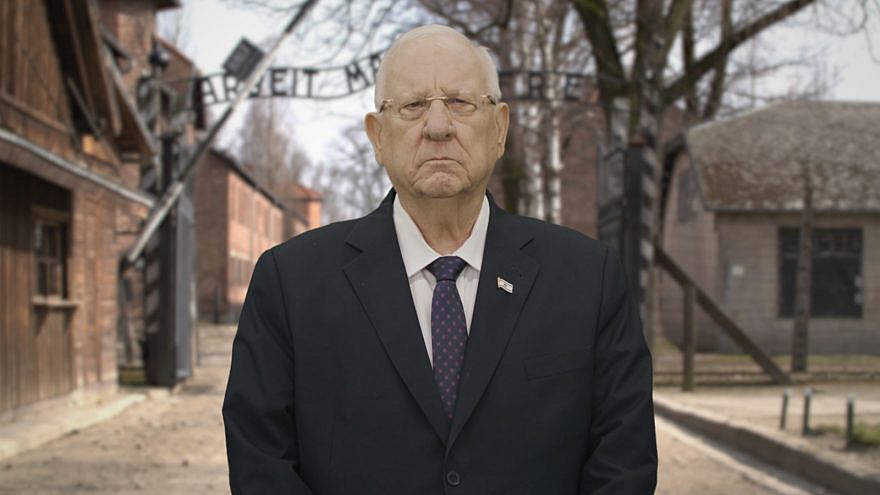 To the honorable President of Israel,

Truth be told, I’m a little envious of you. In a short while, you will find out exactly how magnificent the privilege of the presidency is. Over the next seven years, you will meet Israelis from all walks of life, and let me tell you right now—you’ll want to embrace all of them. You’ll want to share their laughter and their tears; and all the excitement they experience.

I’m sure you feel that you already know this, having such extensive experience as a public servant, but believe me, you have yet to find out what a wonderful country we have, and what wonderful people live among us. They will all find their way to your heart, where they will remain forever.

Amid the social rifts and polarity, you will find brave people who don’t speak of coexistence, they simply live it. Every day, every hour, in their homes and places of employment, in their visions, dreams and family. Secular with ultra-Orthodox, right-wingers and leftists, Jews and Arabs, veteran Israelis and immigrants, the young and the old, members of all religions, sectors and ethnicities—they are all Israelis. Beautiful, enlightening and kind. Kind beyond anything you can imagine.

They were my beacon on the horizon and you, our dear president, will find that they are the horizon. You will find them in cities and rural areas, in hospitals, in the military, in the universities, in the police, in kindergartens and in schools, in the nearest and farthest localities, and on the street. You won’t even have to search. They will always be there, in happy moments, in the most difficult moments, and as storms loom near, as they so often do.

On some nights, you will lose sleep. Your mind will wander back to the soldiers you met at a checkpoint on the border; to the lone soldier who hasn’t seen his mother in six months—and you couldn’t be happier that he will attend the Passover Seder at the President’s Residence.

You’ll think about the olim who came here at the height of the coronavirus pandemic; about the 12-year-old boy suffering from depression—actual clinical depression—you met while visiting the Geha Mental Health Center. Has his condition improved with time? And what about Yonatan Levy, still hospitalized with horrific injuries he suffered during the 2006 Second Lebanon War? And what about his mother, who never leaves his side? How is she doing?

And what about Yossi, the amazing IDF officer whose criminal record I had expunged so he can start a new life? He’ll be alright, right? And what about the daughter of Druze police officer Zidan Seif, who was murdered in a terrorist attack on a synagogue in Jerusalem? She was just four months old when her father was killed and now she would be getting ready to start first grade.

You will look upon the photos of Hadar Goldin and Shaul Oron—and yes, you will lose sleep over them. Over our missing and captives. Over Ron Arad. Over the bereaved families. Your heart will break yet somehow pound strongly and proudly to the beat of this nation’s story, just like mine did.

You will be proud. The president of this country has so much to be proud of. Here, it is the excitement that will keep you awake. Excitement over the overflowing crops in the fields, over the latest scientific invention and the advances in medicine, in research and in sports.

The excitement after meeting a 90-year-old woman who still volunteers, or another young woman who broke through the glass ceiling. When you watch the families of the three teens [Gilad Shaer, Naftali Frenkel and Eyal Yifrach, who were abducted and murdered by Hamas terrorists in 2014] present the Israel Unity Award year after year.

You will find everything suddenly exciting anew. Torah scholars, and those who farm the land; Holocaust survivors, heroes of the revival, and the leaders in the fight against domestic violence. The list goes on – oh, how it goes on.

You will be surprised. Fall in love. Be proud. Take to heart. You will try to do everything to make things better and easier for them. You will work for them tirelessly with love.

Many times, while in meetings or traveling, I thought to myself that the title “Citizen No. 1” was born simply because this is the number-one people. Today, I’m sure of it.

Reuven Rivlin is the president of the State of Israel.