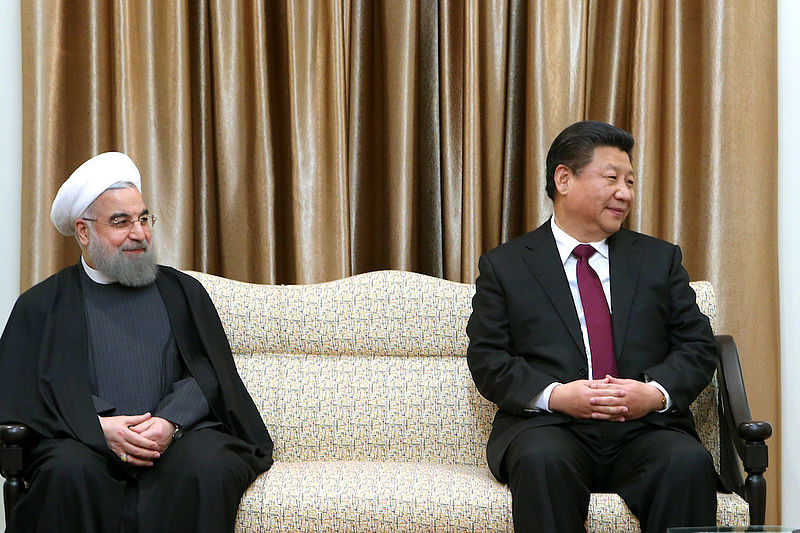 While Israel was busy with the domestic political imbroglio surrounding last week’s Knesset elections, a strategic threat that could threaten the country’s very existence was developing. If the Iranian-Chinese alliance reaches its full potential, the Middle East could once again be dragged into a new cold war between superpowers.

Soviet support for the late Egyptian President Gamal Abdel Nasser’s radical policies ensured him regional hegemony that threatened Israel for more than a decade. The American attempt to placate the Egyptian leader only made things worse.

Now, massive Chinese assistance to the radical regime in Tehran could provide Iran support in its attempts to impose its hegemony on the region within the framework of another kind of cold war now developing between Washington and Beijing. Such Chinese support, along with U.S. President Joe Biden’s conciliatory tone, could pose the kind of strategic threat Israel has not seen since the 1973 Yom Kippur War.

In recent years, Israel has faced an escalating war with Iran in an attempt to prevent it from attaining the kind of power that would allow it to construct massive military infrastructure around its borders. Iran understands that only Israel can thwart its aspirations for hegemony. It has tried to deter Israel by threatening its population centers.

Under Biden, they have begun to worry once again. That is the meaning of the Abraham Accords. In many ways, the old, familiar Israeli-Palestinian conflict has been replaced by an Arab-Israeli coalition that opposes Iran and Turkish President Recep Tayyip Erdoğan, and is suspicious of the new U.S. administration.

Trump’s determined stance offered a comprehensive response to the Iranian challenge. It did not relate merely to the nuclear threat.

A focused response in the form of the 2015 nuclear deal, which effectively bolstered Tehran’s position, does not effectively meet the challenge. What is required is a zero-sum game that seeks to harm Iran, mainly in the economic arena, and deters it from conflict by ensuring U.S. support for Israel’s military actions it.

When Iran engaged in numerous provocations against Saudi Arabia’s oil industry, Trump responded by assassinating Qassem Soleimani, head of the elite Quds Force. Tehran didn’t dare offer a suitable response to the painful and humiliating blow it was dealt. But the main tool was sanctions that hit Iran’s economy to such an extent that, had they been in place for another four years, the ayatollah regime would have been unlikely to survive.

We are now witnessing something reminiscent of what we saw under the late U.S. President Dwight Eisenhower: deep economic and military involvement by a superpower competing with the U.S. and a conciliatory response from Washington.

The agreement also allows for joint military exercises and military cooperation in the future. In return, China is set to provide Iran with vast amounts of oil and gas in the long-term at relatively low rates.

This kind of agreement serves to effectively neutralize U.S. economic pressure, seriously bolsters Iran’s bargaining position and could herald a renewed Iranian effort toward regional hegemony. The rate of its realization and its characteristics depend crucially on U.S.-China ties. This is a very important Chinese bargaining chip in the international area—one that was suspended under Trump and pulled out once again under Biden, with significant repercussions for Israel.