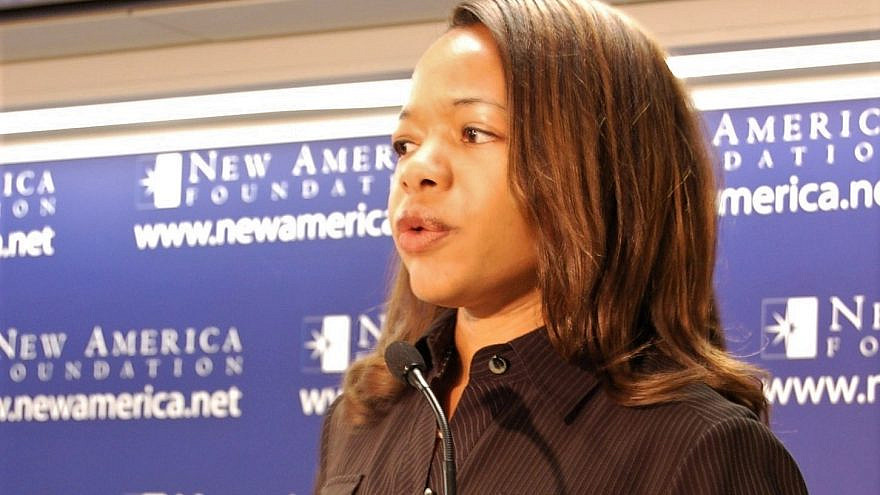 As numerous surveys of public opinion have shown, ours is a time when politics have essentially replaced the role that religion used to play in the lives of most Americans. But recently, it’s become clear that this trend is no longer merely a matter of individuals embracing their partisan affiliations with the same fervor that they once devoted to their spiritual beliefs. At least with respect to the Jewish community, those organizations that once considered it their duty to defend Jewish interests are now prepared to willingly sacrifice them in order to remain in sync with political allies.

The latest example of this was a letter sent by the Jewish Council on Public Affairs, the umbrella organization of 125 community relations councils. In it, this organization that purports to stand for the interests of all Jews endorsed Kristen Clarke, President Joe Biden’s nominee for the post of Assistant Attorney General for Civil Rights.

The arguments against Clarke’s nomination are overwhelming, especially from a Jewish perspective.

As a college student, in her capacity as president of Harvard University’s Black Students Association, Clarke penned a letter to The Harvard Crimson in which, as part of a riposte to the appearance of controversial scholar Charles Murray, she endorsed racist views about black superiority to whites. Though she would later claim in an interview with The Forward that it was satire, anyone who reads the original can see that it is straightforward advocacy for the sort of racism that has produced people Nation of Islam hatemonger Louis Farrakhan.

Liberals have bitterly criticized conservative nominees like Supreme Court Justice Brett Kavanaugh and Court of Appeals Judge Naomi Rao for their past conduct and opinions in high school and college. But when it comes to Clarke, they say her past should be excused as a meaningless youthful indiscretion. Imagine, however, if a Republican nominated for a high post had endorsed white-supremacist views or invited a Ku Klux Klan leader to speak to their college. Such a revelation would not only scuttle a nomination for a federal post but also effectively end any public career.

Still, her activities at Harvard 25 years ago aren’t the only reason to oppose Clarke.

Though colleagues of hers when she worked for the New York Attorney General’s office claim that she was a champion of Jewish rights for enforcing laws against religious discrimination, her otherwise glittering legal career has had other troubling chapters.

Most particularly, in 2018, Clarke endorsed Tamika Mallory, then the president of the anti-Trump Women’s March when she was under fire for her discrimination against Jewish women, as well as her ties to Farrakhan. While claiming to oppose anti-Semitism, Clarke said that siding with Mallory was more important since “the marginalization of women of color is a threat to disrupt democracy.” Even though Mallory had not merely cheered Farrakhan, but internalized his anti-Semitic message and sought to drive Jews out of her movement, all Clarke saw in Mallory was “another woman of color marginalized and silenced.”

The same sort of “solidarity” led her to work to ensure the successful prosecution of thugs from the Black Panther Party, who had intimidated voters at Philadelphia polling places, was dropped by the Obama administration. Though she has sued right-wing racist groups in her capacity as head of the Lawyers Committee for Civil Rights Under Law, racists and anti-Semites who are African-Americans can always count on her support. She also helped quash an open-and-shut case of corruption and violations of the Voting Rights Act against a Mississippi political boss who happened to be African-American.

The common thread that runs through Clarke’s career from college to the present is support for racialism and alliances with radicals. That’s why her nomination was seen as a nod in the direction of the Black Lives Matter movement on the part of Biden.

All of this was quickly revealed after her nomination was announced in December. But what followed was a mainstream media blackout of the truth about Clarke. While conservative and some Jewish outlets like JNS discussed her troubling record, legacy media organizations that would have pounced on such a story had the person in question been a Republican or a Trump supporter with an embarrassing past, all ignored the truth about her for months.

It was only as her hearings, scheduled to be held this week, approached when they decided to cover it all. When they did, what was published was pure administration spin. New York magazine treated the attempt to examine her record as evidence of “smearing” motivated by racism and white supremacy. The Washington Post handled the debate about Clarke as merely more “abuse” aimed at a woman of color cooked up by Trump supporters that should be ignored. A Reuters article falsely dismissed her anti-Semitic actions and associations as being without evidence while quoting her admirers as saying that she was without fault. An article in Forbes described how corporate lawyers were also rallying to Clarke’s side while similarly treating what would otherwise be considered damning revelations to be irrelevant.

In our bifurcated political culture, this kind of partisan divide is all too typical. But what is shocking about the way the left is circling the wagons around Clarke is the way the organized Jewish world has joined in this disgraceful whitewash.

For a political hack like Halie Soifer of the Jewish Democratic Council of America to refer to concerns about Clarke as “baseless smears” was to be expected. It’s also not surprising that the Anti-Defamation League, which discarded its nonpartisan identity in 2015 when it chose veteran Democratic Party operative Jonathan Greenblatt to be its new leader, would join in this disreputable campaign while remaining silent about genuine anti-Semitism when it comes from a political ally like American Federation of Teachers president Randi Weingarten. Nor is it shocking that the Reform movement would do so, once again lending credibility to the old and unfair joke about its beliefs consisting of the Democratic Party platform with holidays thrown in.

But it was still profoundly wrong for the JCPA to weigh in on behalf of Clarke.

In the case of the umbrella organization, it’s not just partisanship, it’s one more sign that the group that claims to represent Jewish opinion has abandoned the defense of Jewish rights in favor of an alliance with the Black Lives Matter movement.

The JCPA’s descent into adherence to woke notions about race theory was clearly behind the group’s decision to force out former president and CEO David Bernstein. Though a self-described “man of the left,” his unwillingness to bend the knee to the racialist imperatives of toxic theories about “white privilege” ensured his exit from the position.

By signing on to the campaign for Clarke, the JCPA has gone over the edge into both flagrant partisanship and fealty to a BLM movement that is thoroughly compromised by those who regard Jews and Israel as part of the oppressor class.

And by treating credible charges of anti-Semitism as a smear, the JCPA and the other groups closing ranks around a Democratic nominee have effectively discarded what was left of their credibility when speaking about anti-Semitism. Given the importance of standing up against Jew-hatred, whether from the right or the left, this is a tragic loss for the Jewish community. But for the JCPA and its leftist allies, Jewish interests must apparently always be subordinated because all that matters to them right now is partisanship and woke ideology.