Home Op-Eds The left slides into acceptance of anti-Semitism 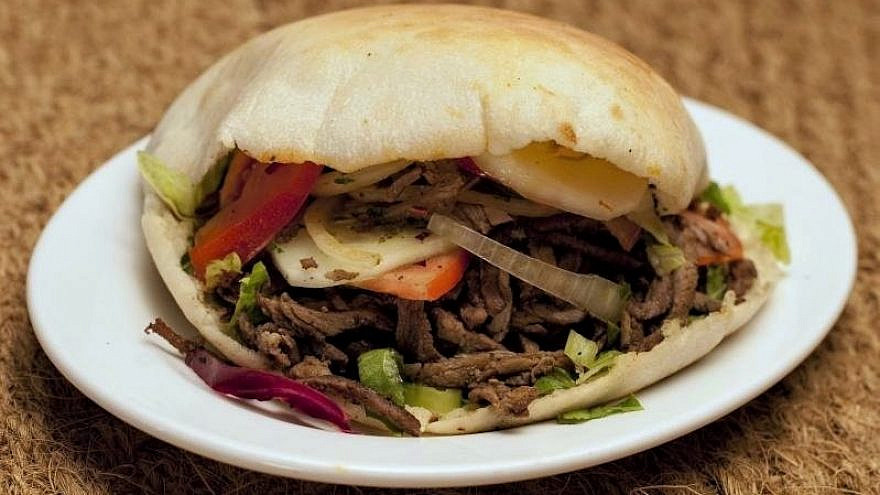 As far as some of Israel’s most vicious critics were concerned, it was the sort of thing that gave their critiques of Zionism a bad name. It was difficult to pretend that the decision of organizers of a Philadelphia food festival to disinvite an Israeli-owned food truck from participating was rooted in anything other than prejudice against Israel and Jews.

Those who run the “Taste of Home” event that had been scheduled to take place in the Kensington section of the City of Brotherly Love thought they were being prudent when they told the owners of the Moshava food truck not to show up after hearing “concerns from the community that we love and serve” about its presence. Those “concerns” reportedly included possible protesters and threats of violence.

The festival was meant to celebrate the cuisine of international communities, and the Moshava truck, which was founded by Israeli chef Nir Sheynfeld, qualified for inclusion and had previously appeared at similar gatherings. But in the activist circles that frequent some food festivals, anything identified with Israel makes some people feel “unsafe,” which ironically is a feeling usually expressed in actions designed to make Jews feel unwelcome, threatening their safety.

Unfortunately for the nonprofits behind the festival, the story about the exclusion of the Israeli truck quickly spread to the media and generated a justified storm of criticism. It was rightly called out as an indefensible ouster of the representative of one immigrant food culture that just happened to be Jewish and Israeli. In the end, organizers felt they had no choice but to cancel the entire event rather than be labeled as open anti-Semites.

That might be represented as a good outcome in that at least it showed that those who seek to boycott Israel and Jews couldn’t get away with behaving in such an overtly biased manner. Anyone who doubts, however, that the threats of violence aimed at the festival were real needs to think about why they just didn’t walk back the ban and re-invite the Israeli food truck. Had they done so, the event, which no doubt many people were looking forward to, could have still been held.

As The Philadelphia Inquirer reported, the backstory was that similar events had also included a truck selling Arab food. But when the Arab-owned truck couldn’t make it to this particular festival, the idea of having an Israeli outlet there without its supposed counterpart might not have been tolerated by their “community.” It’s also likely that after weeks of anti-Israel incitement triggered by the Jewish state’s attempts to defend its citizens against 11 consecutive days of rocket fire from Hamas in Gaza, even a culinary version of a two-state solution wouldn’t fly.

Among the most interesting reactions to this fiasco was the fact that the same leftist Jews who have been doing their best to attack the Jewish state were also offended by the ban of the Israeli truck. Writer Peter Beinart, who pontificates about Israel and other topics from the pages of The New York Times and the Marxist publication Jewish Currents, used to claim to be a “liberal Zionist,” though officially abandoned that cause last year in favor of a demand for Israel’s abolition and replacement by a “binational state.”

Like others on the left, he’s rarely met an assertion of Jewish rights or self-defense that he isn’t willing to oppose. Even Beinart, however, understood that what happened in Philadelphia was an act of anti-Semitism. Beinart has tried to straddle the fence when it comes to the anti-Semitic BDS movement by supporting its goal, if not always its methods; still, victimizing an Israeli cook was one step too far. “Whatever your politics on Israel-Palestine, discriminating against a food truck owner because he’s an American of Israeli descent is anti-Semitism, pure and simple,” Beinart tweeted.

Also weighing against the Philly foodies was Rabbi Jill Jacobs, the head of T’ruah, a leftist rabbinic organization that has made a significant contribution to the demonization of Israel and the justification of BDS. She tweeted, “For those wondering where the line is between criticizing Israel & antisemitism, this is an example that definitely steps over the line—discriminating against Israeli American Jews solely because of their national origin.”

The fact that most of their social-media followers, including those affiliated with the anti-Zionist and anti-Semitic Jewish Voices for Peace, disagreed with them was interesting. Both were on the receiving end of a backlash in which fellow leftists claimed (not without justification) that there was no moral difference between a BDS movement that targeted Israel and boycotting Jews in the United States. Others also insisted that the exclusion of the food truck was appropriate because—echoing one claim made by Palestinian propagandists—all Israeli food was “cultural appropriation.”

The point being that if you don’t accept that Jews are indigenous to the land of Israel, then their cuisine is also illegitimate, and somehow a knockoff of Palestinian culture, despite the fact that its distinction from neighboring lands and peoples was virtually unknown until it arose as a nationalistic reaction to the growth of the Jewish community there in the 20th century.

It’s utter nonsense that food itself is now being used to try to smear the Jews’ presence in their ancient homeland as a form of colonialism, with “white privilege” a sidebar to the real problem that the Philadelphia incident exposed and which Jewish leftists still don’t understand.

It may be easy, even for the likes of Beinart and Jacobs, to understand that targeting a Jew born in Israel selling the cuisine of his native land for exclusion is anti-Semitic. Yet once you go along with intersectional myths rooted in critical race theory that falsely label as an “apartheid state,” it isn’t possible to pick and choose among the various expressions of these toxic ideas.

The anti-Israel movement they have encouraged and to no small extent legitimized by giving it expressly Jewish cover is one that isn’t concerned with where Israel’s borders should be placed or whether its policies are correct. Its goal is to eliminate the sole Jewish state on the planet. Once you say it’s OK to target Jews in this fashion, there’s no way to draw careful lines between supposedly acceptable boycotts and acts of delegitimization, and those that you think show bad manners or ill will.

Just as those who approve of anti-Israel rants on the floor of Congress spoken by Reps. Ilhan Omar (D-Minn.), Rashida Tlaib (D-Mich.) and Alexandria Ocasio-Cortez (D-N.Y.), which spread lies and anti-Jewish tropes, can’t be surprised when that leads to violence against Jews in the streets or leftwing activists deciding that won’t tolerate Israeli food at a street fair.

Once you say that Israel can be singled out and judged by double standards, and that Jews alone are to be deprived of rights denied to no one else, there’s no way to avoid heading down the slippery slope of anti-Semitism. By the time Israeli food sellers are the victims of prejudice, it’s too late for the anti-Zionists to turn back. If you want to prevent further such incidents, the answer isn’t better admission policies or security at food festivals. It involves those who have either acquiesced to the delegitimization of Israel or joined in it to acknowledge the connection between their advocacy and the actions of street thugs.