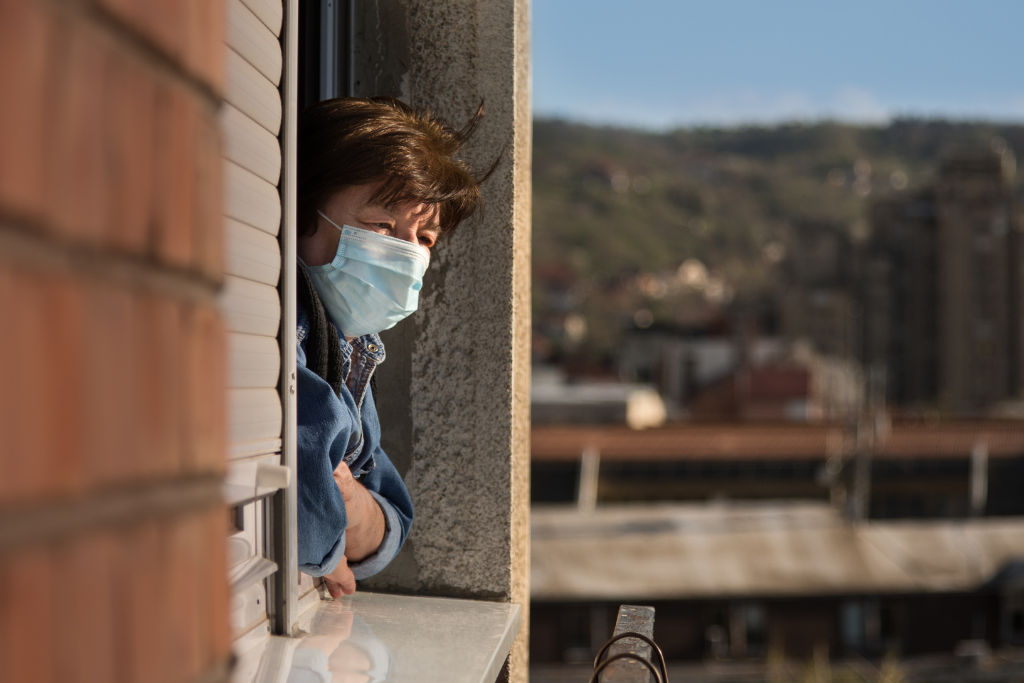 One of the most perplexing manifestations of human behavior today is the refusal of some people in the United States and other countries, who have access to the Covid vaccine, to take it.  There are several reasons given for this refusal.  One is that the Covid vaccine is still experimental and it’s too risky to take it until we know more.  The truth is we all know by now that all these vaccines have been effective in protecting their recipients from serious illness, hospitalization and even death. There have been a few serious side effects with some people, but, in reality, these side effects show up very infrequently.  And as for the Delta variant, the vaccines seem to offer a great deal of protection, even though it may not be as much as with the other forms of the virus.

Another reason given is that pressuring people to take the vaccine in any way is an interference in their personal freedom, and in democracies we just don’t do that.  But the truth is that we are all in this together and not only is it important for individuals to take the vaccine for their own protection, but also to create herd immunity so that the pandemic can diminish significantly as a threat for all people and so that new more potent viral variants like the Delta variant aren’t created anymore.

Finally, some people say they just don’t like taking any vaccine and that they don’t ever even take the flu vaccine.  And yet it’s obvious that Covid is far more dangerous than flu in terms of the intensity of the illness, the long hauler effects after the illness, and the number of deaths.  This is not an illness to ignore.  This is an illness against which one must protect himself.

I myself feel there may be another reason, an unspoken reason, to explain this terrible lapse of judgment on the part of so many people in the United States and in other countries all over the world.  And that is: not protecting oneself against Covid with a vaccine is a form of very passive suicide.  The amount of individual human agency in this case is very minimal.  One is leaving oneself open to the active organic imprint of death by contagion.  But the active agent is not the person wanting to commit suicide, but rather the Corona virus.  And the form the suicide takes is one where the passive agent, the person wanting to commit suicide, is not necessarily consciously focusing on an action of suicide.  But unconsciously, the potential suicide is certainly aware of the risk he is taking.  As a result, he feels a kind of prolonged abrasive thrill that temporarily lifts him out of the living death of the experiential vacuum created by modern technology and out of the numbness in which that vacuum places him.

How does this compare with other forms of suicide?  In terms of agency, time of delivery and ultimate result, it is the exact opposite of shooting oneself in the head.  Here, there is total control and manipulation.  The time of delivery is a defined discrete second rather than a flowing blendable continual indeterminate duration of time.  The focus is on the explosive shocking feeling of getting it done at once rather than a quiet enjoyment of knowing that one’s life could be taken from him at any time and yet it certainly won’t be right away.  Plus, the Covid suicide will experience a whole gradual and graduated process of dying should he actually contract a serious enough case.

Somewhere in between Covid virus suicide and shooting oneself is hanging.  Hanging like shooting involves some active agency on the part of the suicide victim, but the amount of control and manipulation of the action is much less.  The results of hanging are much less certain than shooting.  A large minority of hanging suicide victims don’t succeed in killing themselves, although such people do succeed in inflicting serious injury on themselves.  Perhaps just the pain of such injuries would at least offer the consolation that the person will have a source of abrasive stimulation to pull him out of his numbness for a period of time or perhaps for the rest of his life.

With drug overdoses, we are moving to a cause of suicide that is a little closer to Covid suicides.  The quality of agency moves closer to a more passive agency.  Even when one is consciously trying to kill himself from drugs, the duration of time is longer than a shooting or a hanging, although shorter than a Covid 19 death.  The result is also indeterminate like hanging.  Many people are discovered while they are unconscious, but before they are dead.  The people who discover the unconscious drug overdose suicide victim sometimes have enough time to take him to the hospital and have his stomach pumped.  And sometimes the drug overdose suicide victim will settle for the intense organic stimulation from the nurturance and emotional support of the people around him including any professional help that might become involved.  That can be enough to temporarily pull him out of the experiential vacuum in which he is living.

The Covid suicide, if he survives, is unlikely to get that kind of support, simply because the people around him aren’t looking for a deep unconscious suicide wish as a contributing cause to the illness.  The emotional support he will get is in his surface role as a random victim of a highly contagious pandemic disease.  Which is unfortunate, because, unless that wish is dealt with in some kind of psychotherapy, it could appear in some other manifestation of severe self-destruction.