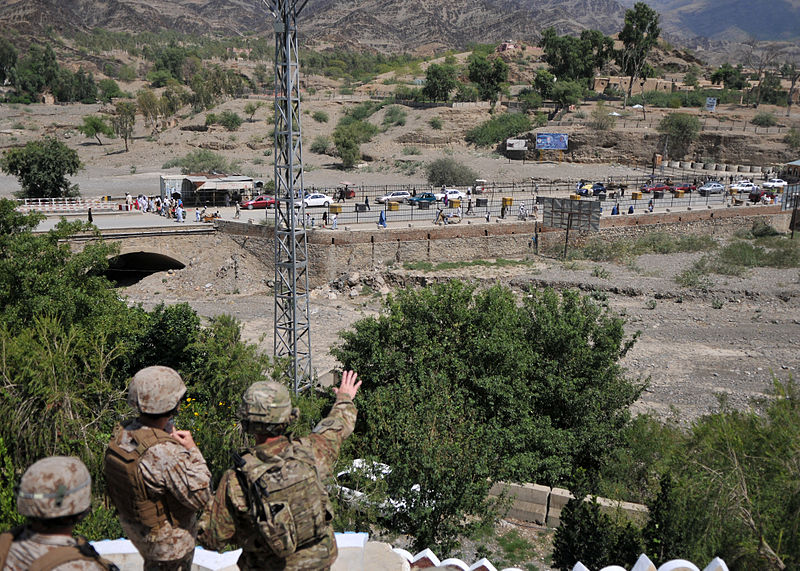 If the Taliban were not teetotalers, they’d be shopping for champagne about now in response to President Joe Biden’s decision to unconditionally withdraw all U.S. troops from Afghanistan by Sept. 11, 2021.

On that date, they will celebrate both the worst terrorist attack ever on American soil—carried out by their ally, Al-Qaeda—and their own victory over America exactly 20 years later. Then they can begin the project of resurrecting what they call the Islamic Emirate of Afghanistan—one link in a future caliphal chain.

Gen. Colin Powell is among those who approve of Biden’s decision, noting that the Soviets also “got tired and marched out and back home. How long did anybody remember that?”

Actually, Islamists around the world remember vividly. It was their successful battle against the Soviet Union that fueled Al-Qaeda’s rise. Two years later, the USSR ceased to exist, a development they see as not merely coincidental.

As for Iran’s rulers, who also regard themselves as jihadis, they can now be confident that Biden represents no threat and will give them the deal they want—a deal that paves the way for them to rule a nuclear-armed Islamic state openly committed to “Death to America!”

America’s adversaries in Beijing, Moscow and Pyongyang are being encouraged and emboldened as well.

I can hear the clatter of computer keys: “But we must end this forever war!” Yes, Afghanistan has been a slog. One administration after another failed to develop a coherent strategy—or even explain what’s at stake. But that doesn’t make giving up, which was also on President Donald Trump’s “to do” list, a good choice. Or even the least bad choice. Let me make the case.

After the attacks of Sept. 11, 2001, President George W. Bush was not wrong to topple the Taliban, Al-Qaeda’s gracious host and unapologetic accomplice.

Beginning in 2003, a NATO-led, U.N.-mandated International Security Assistance Force (ISAF) was in place. At its peak, it was 30,000 strong with troops from 50 nations.

The ISAF soon found itself in a stalemate against Taliban guerrillas who were permitted sanctuaries in Pakistan, an American frenemy. Eleven years later, the ISAF shifted its focus to training, advising and assisting Afghan forces as they took primary responsibility for continuing the fight.

Today, the number of foreign troops is down to only about 10,000, including fewer than 3,500 Americans—a miniscule percentage of America’s 1.3 million active-duty military personnel. By comparison: In January, more than 25,000 troops were deployed on Capitol Hill. No American troops have been killed in Afghanistan for more than a year.

The U.S. contingent in Afghanistan provides intelligence, logistics, close air support and special operations for Afghanistan’s 300,000 security forces. As a result, though the Taliban controls or contests great swaths of rural territory, they have been prevented from conquering Kabul, provincial capitals and major population centers. Most Afghans today are not living under Taliban rule.

Also significant: Al-Qaeda has not managed to launch a second attack on American soil. If that leads you to believe that Al-Qaeda is a shadow of its former self, think again: According to a recent U.S. government report, Al-Qaeda is “gaining strength in Afghanistan while continuing to operate under the Taliban’s protection.”

American support for Afghan forces has been frustrating the ambitions of both Al-Qaeda and the Taliban. For how long should we help Afghans fight our common enemies?

American troops are forward-deployed as well in Syria, Iraq, Kuwait, Qatar and other countries—the better to support our friends, gather intelligence on our enemies, deter those enemies when we can and hit them when we can’t. The alternative is attempting to interdict them after they’ve crossed our insecure borders—or sending in first responders when interdiction fails.

“Ending U.S. involvement in an endless war doesn’t end the endless war,” Gen. David Petraeus stressed last week. He also pointed out that it is not in America’s strategic interest to give up the “platform that Afghanistan provides” for counterterrorism efforts in a region that is home to more than 20 U.S.-designated terrorist organizations.

In 2011, President Barack Obama’s top national security advisers recommended maintaining such a platform in Iraq. Unless a modest residual force remained, a jihadi resurgence was likely, they warned. Obama decided to declare victory and walk away. What followed was the rise of the Islamic State and the growth of Shi’ite militias loyal to the Islamic Republic of Iran. Obama had to send American forces back to Iraq in 2014—under much worse conditions.

One final concern: Because Afghan forces supported by the United States have been fighting the Taliban for two decades, millions of Afghans have been able to do things the Taliban had forbidden—like sending their daughters to school.

If we abandon them, such progress will likely come to an end and Americas’ Afghan allies may be slaughtered for the crime of having been America’s allies. Does President Biden understand that?

Announcing the American offensive against the Taliban and Al-Qaeda in 2001, Bush vowed: “We will not waver, we will not tire, we will not falter, and we will not fail.” Twenty years later, Biden has decided that, actually, we will waver, tire, falter and fail. It’s a lesson both our friends and our enemies will take to heart.