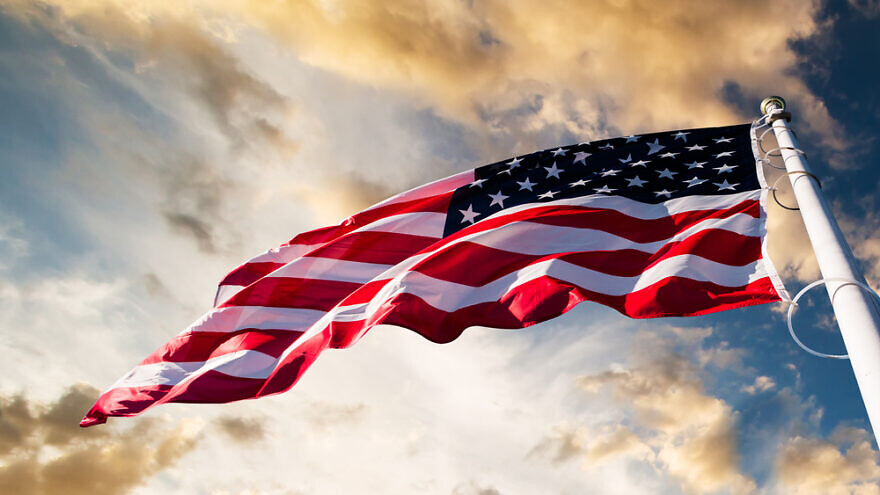 As Americans prepare to celebrate the 245th anniversary of their nation’s founding, many if not most of the ideas they used to take for granted about what July 4th meant are under attack. Most of us didn’t notice this until August 2019 when The New York Times published the “1619 Project,” a series of essays intended to prompt a reassessment not only of American history but about how this country should be regarded today.

Though filled with errors and distortions that were called out by some of the country’s leading historians who are also political liberals after its initial publication, it was lauded by the chattering classes. It was granted a dubious Pulitzer Prize for fallaciously asserting that the country’s real beginning was not 1776, but the date when African slaves were introduced to North America. Its point was to claim that the point of the American Revolution was to defend slavery, not freedom, and it went on to damn the U.S. as being as much of an irredeemably racist nation today as it was then.

Yet it wasn’t until the following June, when the country was sent into a moral panic after the death of George Floyd, that the influence of this misguided distortion of the past really came into its own. Now more than a year after the project’s principal author, Nikole Hannah-Jones, proudly embraced the notion that the civil disturbances that rocked the nation should be called the “1619 riots,” Americans have just begun to examine the intellectual and moral underpinnings of this gross distortion of their past as well as the nature of the country in which they currently live.

At its heart are the concepts of critical race theory (CRT) and intersectionality, which were pushed into the mainstream as the Black Lives Matter movement moved from the margins of society to the mainstream. They teach us to regard race as the defining truth about our existence rather than just one among many factors that explain who we are and how we live.

What’s equally troubling is that a belief in CRT has engendered support for the idea of “equity” rather than equality as the guiding principle of American law and justice. This essentially demands that government and other institutions engage in rational discrimination against those considered guilty of “white privilege” in order to right past wrongs regardless of the circumstances of those who are affected by these measures.

Though belated and operating under the handicap of hostility from most of the media, those seeking to swim against the tide on this issue have begun making their voices heard. That has in turn created a backlash from supporters of CRT that is aimed at smearing opponents of this ideology as racists, right-wing extremists and, in a gobsmacking example of gaslighting, opponents of free speech and academic freedom. The irony of those who have done the most to suppress open debate about these issues calling those who are trying to start a national discussion about this is lost on mainstream media outlets like the Times.

But, inevitably, a specifically Jewish version of this attempt to convince Americans that an illiberal race-obsessed ideology is actually being falsely characterized by its opponents has arisen. An open letter published in The Forward, signed by a collection of rabbis and academics who unironically call themselves “Jews for Open Discourse,” represents the latest such attempt to shut down debate about CRT.

The letter’s conceit is that not only is CRT being libeled by right-wingers, but that those who have critiqued it are ignorant of its true meaning. It claims that arguments which CRT teaches — that it fosters a belief that humanity is divided into oppressors and victims, and that those who are guilty of having “white privilege” must be forced to acknowledge their sins — are being falsely portrayed. They deny that CRT and intersectionality damns all those so designated, and that Jews and the State of Israel are especially endangered by this.

The letter claims that critics of CRT speak of the issue in “simplistic terms” and that notions about it and intersectional ideology giving a permission slip to anti-Semitism are “unmoored” from the “actual content” of these “social justice concepts,” though it doesn’t cite a single concrete example of such a mischaracterization.

In other words, these intellectuals are telling us to shut up and acknowledge that we are too dumb to understand the truths of these concepts even if our eyes and ears tell us that they are illiberal and discriminatory. Even worse, the letter claims that it is particularly shameful for Jews to not accept the new groupthink about race because it hurts the feelings of Jews of color who are behind the push to accept CRT as our new national civil religion, regardless of the way they legitimize libels of Israel and its supporters and fuel anti-Semitic violence in our streets. They claim that by speaking up the critics are coarsening our discourse, and that we should just listen to our intellectual betters in academia and do what we’re told.

The notion that critics of CRT misunderstand it is simply false. Read the work of BLM ideologist Ibram X. Kendi or “White Fragility” guru Robin DiAngelo or the platform of the various BLM groups, and you’ll see that the people who are lying about CRT and intersectionality are its liberal apologists like the signers of that letter. Moreover, it is not just a bad idea but one that is inherently totalitarian seeking to create “oppressive words lists” that seek to silence free discourse. The ubiquitous training sessions have all the characteristics of cults in that anyone who questions their racialist premise is deemed a racist heretic who must be shut down.

CRT is bad for all Americans, but Jews should be particularly aware of the dangers it presents. That’s especially true with prominent political advocates of “equity” and intersectionality like Rep. Ilhan Omar (D-Minn.) — becoming not merely the most visible voices advocating anti-Semitic ideas but also given a kosher seal of approval by the Democratic Party and left-wing Jews and their organizations.

The July 4th weekend is an opportune moment to begin a moral reckoning about the role CRT is playing in fomenting anti-Semitism. Independence Day should remind us of the way the essentially liberal arc of American freedom and democracy has played in giving Jews the freest and most prosperous haven in the history of the Diaspora. Jewish security in this country is inextricably tied to the ideas of American exceptionalism that CRT advocates are doing their best to tear down.

The stakes here are incredibly high, and that is why it is imperative that Jews join the movement to stop CRT and intersectionality. If the advocates of these concepts succeed in replacing a devotion to equality with one for equity, it will be the end of an era of acceptance and success for the Jewish community. That must not be allowed to happen.