Home Op-Eds Why are Jews and Poles still arguing about the Holocaust? 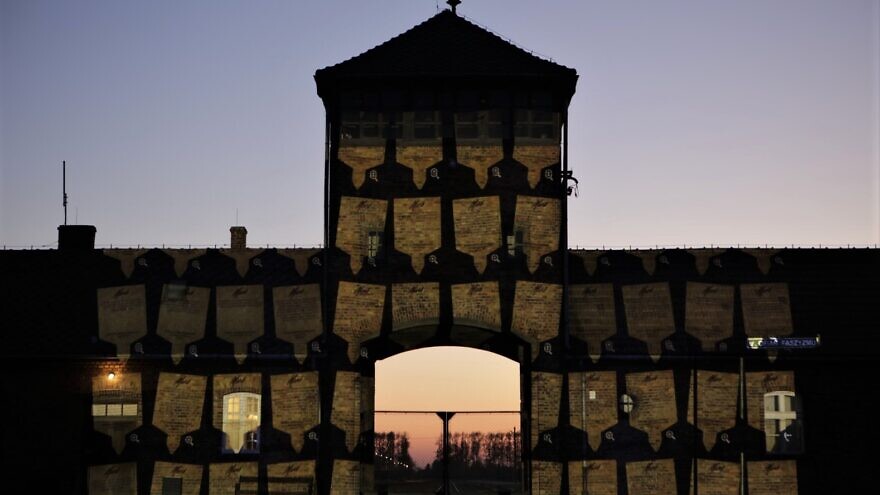 It’s a controversy in which there are no heroes, as well as one that in a more rational world no one would bother with. That’s the only way to describe the increasingly complicated brawl that is going on over what some Poles did during the Holocaust that has been revived just in time for this year’s commemoration of Yom Hashoah.

The most recent chapter of this ongoing historical debate started with a court case centering on the actions of a man named Edward Malinowski in a small town called Malinow in Eastern Poland. According to a book published in 2018 that relied upon recently discovered testimony, Malinowski, who had been mayor of the town before the Germans conquered Poland in 1939, led the Nazi occupiers to a forest where 22 Jews were hiding. According to the account, that resulted in 22 of the Jews being slaughtered by the Germans.

A descendant of Malinowski who had previously been thought of as someone who had helped Jews escape the Germans sued the two historians and book authors—Jan Grabowski and Barbara Engelking—for defaming him. A Polish court ruled against the writers and mandated an apology though denying the plaintiffs the damages they wanted. The authors are appealing the court’s unjust order.

The context for this case is an ongoing battle inside Poland in which that country’s government has passed legislation that said public claims that either the “Polish Nation” or the “Republic of Poland” was responsible for Nazi crimes were punishable by fines or imprisonment.

The law has complicated the country’s relationship with Israel, as well as being an odd contrast to the Polish efforts to honor the legacy of its murdered Jewish population. The nearly 300,000 participants, most of them young Jews from around the world, who have visited Auschwitz (prior to the coronavirus pandemic) as part of the annual March of the Living—literally walking along the 3.2-kilometer path from Auschwitz to Birkenau—also shows that Poland is open to educational tourism that commemorates Jewish life.

The Polish defense of the past sometimes seems to devolve into anti-Semitic inferences. At the same time, some of the critics of this revisionist effort have lapsed into broad generalizations about Polish anti-Semitism that are not unreasonably resented by the Poles.

In 2019, Israel and Poland were embroiled in a series of diplomatic incidents around this issue in which Prime Minister Benjamin Netanyahu had to partially walk back a statement about Polish complicity in the Holocaust. Following that, Foreign Minister Israel Katz quoted the late Prime Minister Yitzhak Shamir, whose family had been murdered by their Polish neighbors and later said that Poles imbibed anti-Semitism with “their mother’s milk,” which set off another bitter exchange.

Yet the latest incident in this ongoing battle over the Polish law also illustrated the perils of broad generalizations when describing the events of the past.

Last month, The New Yorker magazine published an article by staff writer Masha Gessen about the Malinowski case whose original headline: “The Historians Under Attack for Poland’s Role in the Holocaust: To exonerate the nation of the murders of Three Million Jews, the Polish government will go so far as to prosecute scholars for defamation.”

The article seems to have restarted the war over Holocaust history.

Poles as well as many Jews, including the American Jewish Committee, were outraged by the revisionism in the headline alone. To speak of “Poland’s role in the Holocaust” is to imply that either the government or the nation of Poland as a whole was in some way complicit in the Nazis’ extermination plan. That is simply false. While individual Poles may have collaborated with the Germans, been complicit in Jewish deaths or even killed Jews themselves, Poland itself did not. To further imply that Poland is trying to falsely exonerate itself of the “murders of three million Jews” is even more outrageous.

As much as Poland has put itself in the wrong by attempting to deny any Polish individuals informed on or killed Jews, some of those who are attacking them are themselves forgetting the historical facts. Unlike many other occupied countries, like France, there was no collaborationist government in Poland. Also unlike much of the rest of Europe, the Poles fiercely resisted the Germans throughout the war. They also suffered more than any other occupied country, although not nearly as much as the Jews.

Of the 3 million Jews who lived in Poland before the war—many in the urban centers of Warsaw and Krakow—nearly 90 percent perished in the Holocaust. But it’s also true that as many as 3 million Poles—10 percent of the non-Jewish population—died as a result of German persecution (including about 150,000 who were killed by the Soviet Union during their period of collaboration with the Nazis).

To speak of Auschwitz as a “Polish death camp,” as former President Barack Obama mistakenly did, rather than a Nazi extermination facility that was built in Poland so as to expedite the mass murder of Jews is a libel against that nation. So is any attempt to claim that the 3 million Jewish Poles were primarily killed by Poles.

While Gessen complained about receiving threats about the article, the story also contained other mistakes and distortions. Just as polarizing was the way The New Yorker article seemed intent on demonizing the Poles and attempted to link the arguments about the Holocaust to revisionism about American history. For Gessen, analyses of Polish complicity are analogous to the fallacious and defamatory efforts to depict the United States as an irredeemably racist nation, such as in The New York Times’ “1619 Project,” which further complicates and distorts that discussion. A bitter critic of former President Donald Trump, in addition to the right-wing Polish government, Gessen seems eager to draw inappropriate analogies between American racism and Polish anti-Semitism—comparisons that do nothing to honor the memory of the Shoah, and much to distort this controversy and further embitter Jews and Poles.

It’s also true that relitigating these events in this manner is a dead-end and largely pointless argument that does nothing to protect Jews against the still-potent threat of anti-Semitism that has little to do with the situation in Poland 80 years ago.

Poland’s obsessive and foolish desire to deny the fact that any Poles were collaborators is to blame for starting this argument. But the eagerness with which some are ready to forget, despite a legacy of Polish anti-Semitism, that the Holocaust was the responsibility of the Germans and not the Poles is helping to perpetuate this controversy.

Nor should we ignore the fact that like other Eastern European countries, Poland has tried to embrace Israel in contrast to the positions of the supposedly more enlightened Western European nations. It is in Western Europe where a virulent form of anti-Semitism linked in no small measure to hatred for Israel has metastasized into a genuine threat to Jewish life, not contemporary Poland.

Poland’s insistence on trying to erase some of the tragic and unattractive elements of its history is as counterproductive as it is foolish. Still, those who try to depict it as the center of contemporary anti-Semitism and ignore or rationalize Jew-hatred elsewhere, especially in other parts of Europe and in the Muslim world, are also wrong. The most important way to honor the victims of the Shoah is to ensure the safety of those Jews who are alive today rather than to refight battles in the past.