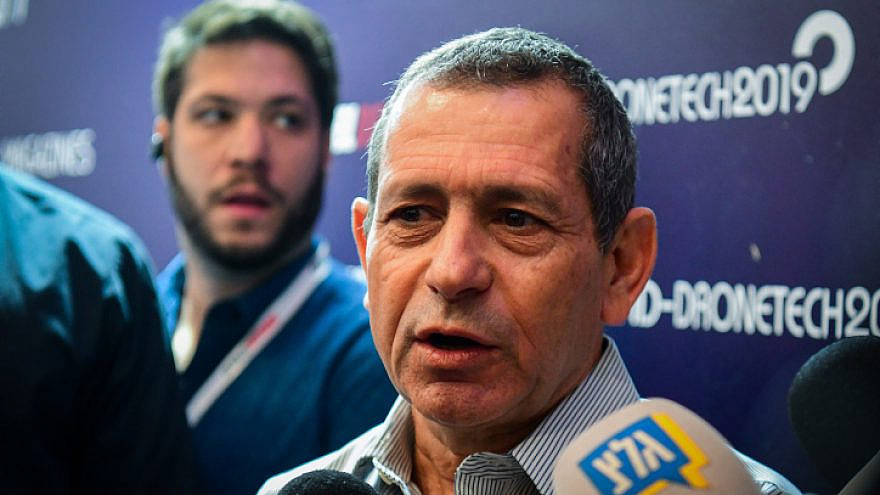 Enemies of Israeli Prime Minister Benjamin Netanyahu were relieved, if not thrilled, when Shin Bet chief Nadav Argaman broke his organization’s customary silence to bemoan the behavior of those virulently opposing the makeup of the coalition-in-formation.

“We have recently seen that the discourse of violence and incitement has spiked and become more extreme, especially on social media,” he said on Saturday, addressing the public in a statement without first receiving clearance from the Security Cabinet.

It was probably a calculated move to prevent anyone—such as those at whom his dig was aimed—from putting a lid on it.

“As head of the organization charged with guaranteeing the continuation of democratic rule and institutions, I warn that this rhetoric could be interpreted by certain groups or individuals as one that endorses violent and illegal activities that could even lead to harm to individuals,” he announced, apparently forgetting his job description.

Upholding democracy isn’t even remotely part of its purview.

On the other hand, neither is it Argaman’s place to declare in the name of some “royal we” that it’s “our duty to issue a clear and unqualified demand for an immediate end to the violent and inciteful rhetoric,” nor to aver that the “responsibility for restoring a calmer atmosphere and more restrained discourse rests on all our shoulders.”

Though the sentiment may sound noble, the context in which it was expressed aroused ire in certain circles. And rightly so.

Earlier in the week, hundreds of angry protesters gathered outside the Tel Aviv home of Knesset member Ayelet Shaked, No. 2 on the right-wing Yamina Party list, after its leader, Naftali Bennett, announced that he had made the final decision to join a coalition with the so-called “center-left”—more aptly titled the “anti-Netanyahu bloc”—headed by Yesh Atid Party chairman Yair Lapid.

The demonstrators, some waving banners denouncing Shaked and Bennett as “leftist traitors” and “Lapid’s collaborators,” felt duped about having voted for Yamina. Ironically, these members of the Israeli electorate—like Lapid and the motley crew slated to comprise the next government—were no fans of Netanyahu’s.

On the contrary, they accused him of repeatedly capitulating to the left. Bennett campaigned on the vow that he would do things differently and never cave where it counted.

While a portion of his voters decided to give him the benefit of the doubt, especially as he will be first in a rotating premiership with Lapid, others have been taking to the streets and social media to vent their rage at him and Shaked. As a result of numerous threats against them and their families—not only during rallies, but on Twitter, Instagram and WhatsApp—Shaked was forced to change her phone number, and both she and Bennett were given beefed-up security details.

Prominent pundits, too, went after the Yamina duo, writing scathing attacks on their characters, or lack thereof. And, of course, Netanyahu has been extremely critical—to the point of hysteria—over Bennett’s “lust for power” at the expense of his principles. In an interview with Channel 20 on Sunday, for instance, he accused his soon-to-be replacement of being a “habitual liar.”

In fairness, the latter remark came in response to Bennett’s having publicly urged Netanyahu to “let go—let the country move forward,” and adding the swipe: “People are allowed to vote for a government even if you do not lead it.”

So, yes, the rhetoric from all sides has been shrill, often vile. And if Argaman had thought to speak up during the many months—years, in fact—when the inexcusable vitriol was directed at Netanyahu’s family, he might deserve a tad more sympathy for his loose lips.

This double standard isn’t the only reason that Argaman’s timing was particularly noteworthy, not to mention poor, however. For 11 days last month, Israel was battling barrages of rockets from Hamas and Palestinian Islamic Jihad terrorists in Gaza. In the weeks leading up to “Operation Guardian of the Walls,” Arab citizens of the Jewish state, identifying with the Palestinians, were rioting in cities around the country, beginning with Jerusalem.

The initial anti-Jewish rampages in the Israeli capital were attributed to two events: Jerusalem District Police barricades blocking the Old City’s Damascus Gate at the start of the Muslim holy month of Ramadan, erected to keep the crowds of young men from getting unruly; and a subsequent, unrelated Supreme Court ruling on the eviction of six Palestinian-Arab squatters from apartments in the city’s Sheikh Jarrah neighborhood.

Hamas, already fuming that Palestinian Authority leader Mahmoud Abbas canceled the legislative elections that likely would have seen his defeat, took advantage of the unrest in Jerusalem to step up its assaults on Israel. Not that the terrorist group ruling Gaza has ever needed an excuse to kill Jews.

But it hadn’t anticipated that firing several rockets at the capital on Jerusalem Day—after hours of Arab rioting on the Temple Mount—would cause Israel to retaliate with a roar, rather than a whisper. This only served to increase internecine aggression on the part of Arab Israelis towards their Jewish neighbors.

In Lod, Jaffa, Bat Yam, Akko, Haifa and elsewhere, Jews became targets of lynch mobs. Due in part to the sheer numbers of perpetrators and locations of the mayhem, the Israel Police was ill-equipped or unable to handle it. Unprotected by the men and women in blue, some Jews in these areas began to take the law into their own hands.

It was during this period, by the way, that 84-year-old Israel Prize laureate Aby Har-Even, former head of the country’s space program, was critically injured when the hotel where he was staying in Akko was set on fire by Arab rioters. Severely burned and suffering from smoke inhalation, he died on Sunday at the Rambam Medical Center in Haifa.

This brings us back to Argaman. His appalling response three weeks ago to the horrors that befell innocents like Har-Even was to equate the behavior of the aggressors with that of victims. He did this by defining the actions of both as “terrorism, for all intents and purposes.”

Against such a backdrop, how did he have the gall to assume the role as the country’s conscience and foreboder of catastrophe? Why did he hint that the current climate is the fault of right-wing Israelis livid at Bennett? Has he been asleep throughout the five years of his tenure?

The answer is simple: The Shin Bet honcho is on the way out of his hush-hush position and heading towards the limelight. Though his term was set to end in May, Netanyahu extended it until September.

In other words, he’s updating his proverbial resume in preparation for entry into politics or the think-tank world. This requires polishing and displaying his liberal credentials ahead of time. These, coupled with his record as head honcho of the cherished security agency, pretty much promise him a cushy landing wherever he falls.