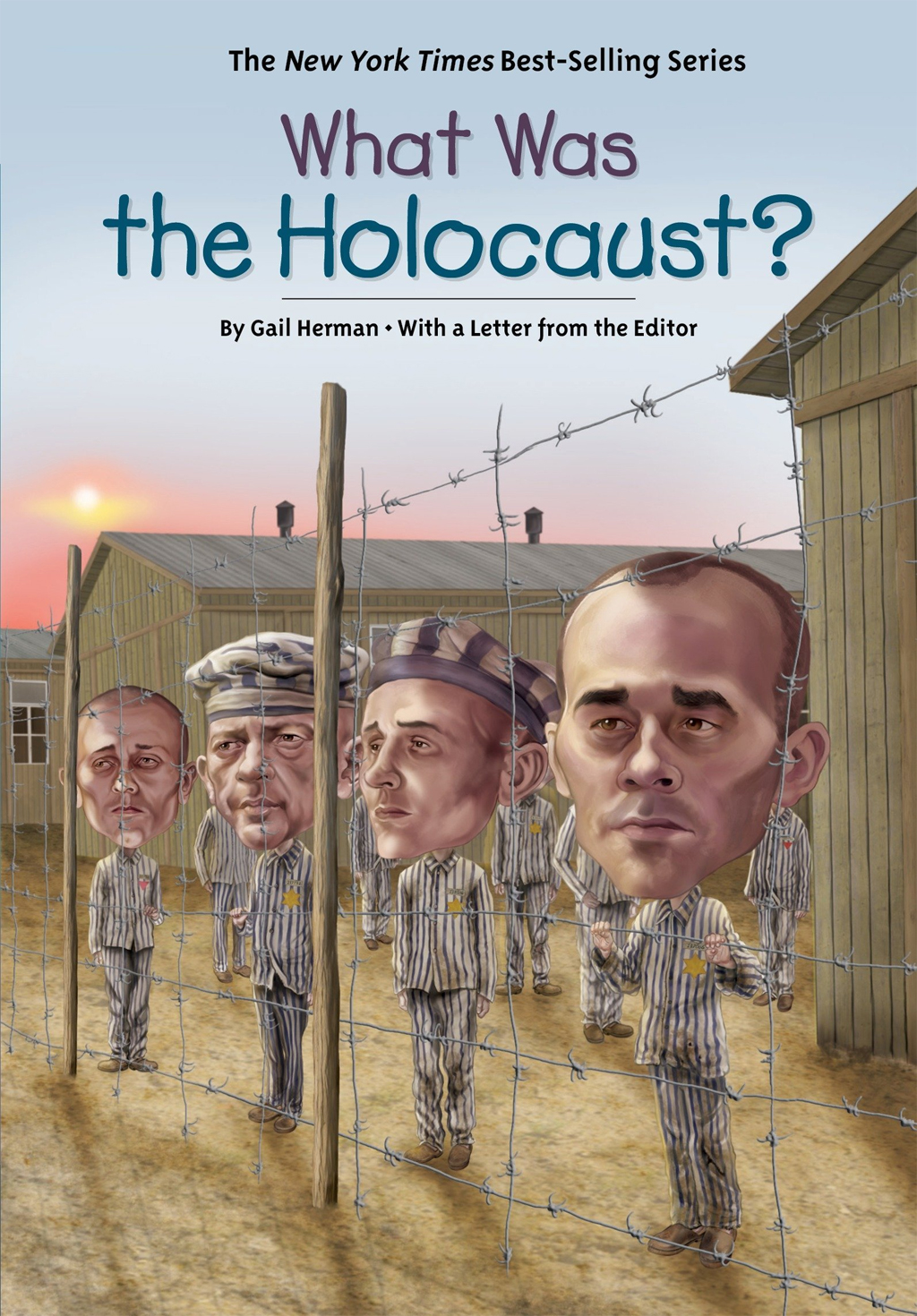 That there are casualties and atrocities in war for both soldiers and civilians is summed up best by General U. S. Grant, “War is hell!” How about when there is no war? Should civilians living in a democracy expect their government to turn against them? Such is the case in post-World War I Germany, where a crushing military defeat needing an explanation, found a scapegoat—the Jew; where a nascent democracy failing to prove itself, and where the ravages of hyperinflation, giving way to the despondency of an economic depression, created a vacuum for a demagogue. Germans, looking for a hero, turned to Adolph Hitler, who promised “To make Germany great again,” and for a while he did.

When should we teach our children about Germany and the Holocaust? And arguably even more important, how should it be taught? Gail Herman, author of What Was The Holocaust?, writing for the upper-elementary and early middle-school-age children, presents the unsettling and repulsive events surrounding the Holocaust in an engaging, age-appropriate, succinct, and gentle way.

The brief introduction defines the Holocaust simply as “the murder of twelve million people in Europe. Six million of them were Jewish,” and in Chapter one, anti-Semitism is laconically defined as “the hatred of Jews,” explaining further that anti-Semitism goes hand-in-hand with the rise of Christianity, which taught the inaccuracy that Jews killed their Lord and were responsible for diseases, bad crops, ritual murders, and so forth.

Herman compresses important information about the life of Hitler and the rise of the Nazi party in a way that conveys their significance without resorting to the violence concomitant with these events, explaining how Hitler used a combination of German’s belief that they were part of a superior race – Aryans, and the Jews were subhuman. She writes, “Other countries watched Hitler gain power and saw what the Nazis were doing to the Jewish people. But they took no action. So Hitler went further.” She mentions US immigration policy, particularly as it applied to the St. Louis, a ship carrying German-Jewish refugees trying to escape the Nazis but were turned away from docking in Florida. They eventually returned to Europe, where more than two hundred fifty passengers perished at the hands of the Nazis.

Herman engages the reader with questions? “For Hitler, a new problem came with these victories. There were many Jews in countries he invaded. Poland alone had 3.3 million Jewish people. What could be done with them?” From this question, she teaches the reader about ghettos and ghetto life, about concentration camps and what it meant to be a prisoner in one, and about the “Final Solution.” What Was The Holocaust? concludes with chapters on how the Jews fought back, how non-Jews risked their lives to help Jews, the eventual liberation of the camps and the Nuremberg trials.

What Was The Holocaust?, which includes nineteen period-piece photographs and numerous pen and ink illustrations by Jerry Hoare, fills an important gap by presenting a complex and terrifying piece of history in relevant and appealing manner for older preteens.