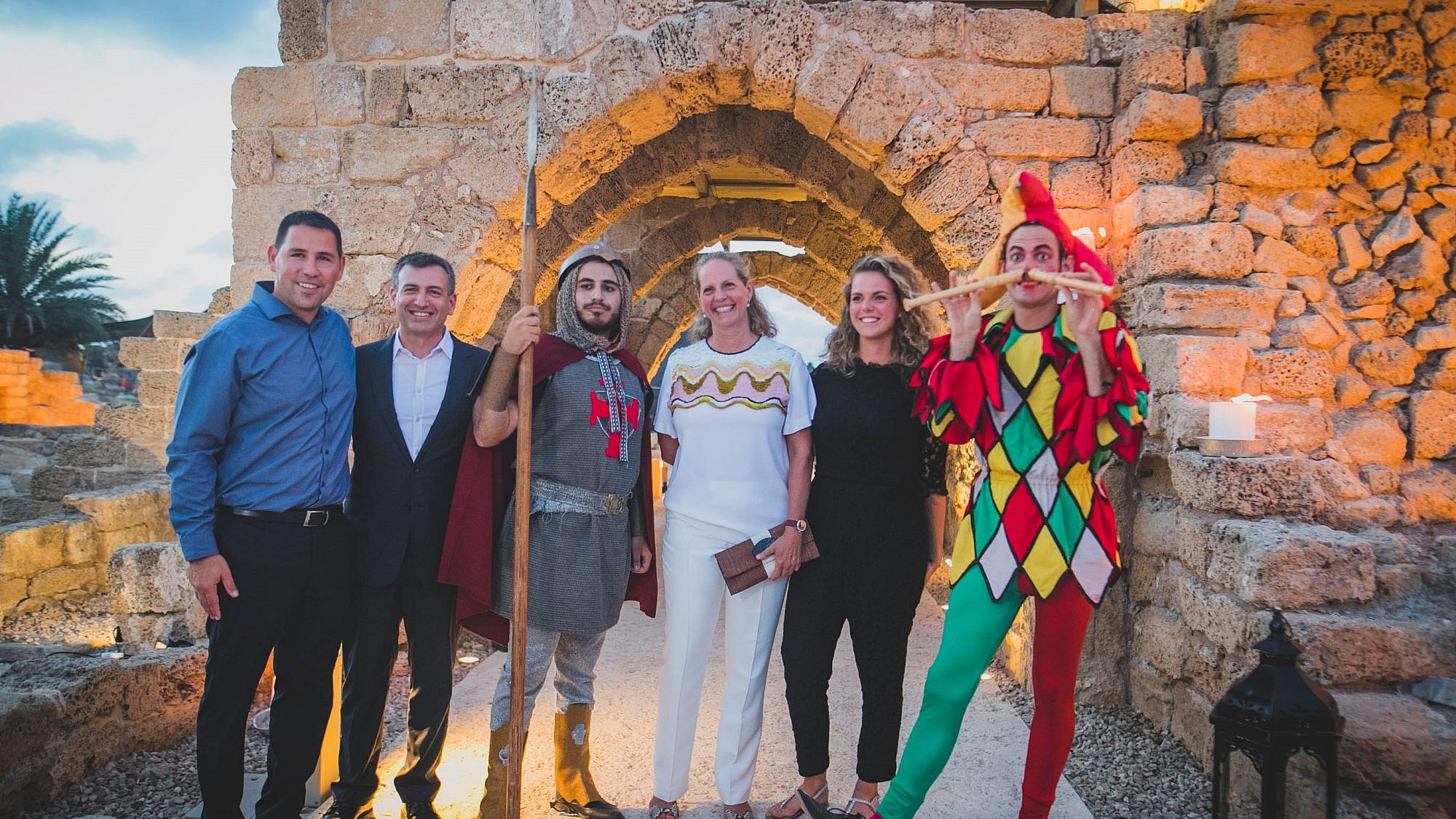 New promenade walls and a 700-year-old Crusader market at the Caesarea Harbor were unveiled on June 10 in Caesarea National Park in the presence of Baroness Ariane de Rothschild, and various representatives from funding and cooperating parties.

The project was excavated and reconstructed in the course of 12 months in cooperation with the Antiquities Authority and the Israel Nature and Parks Authority, with a direct investment of NIS 10 million (about $2.8 million). It seeks to develop the area’s beach and public access, as well as excavate and restore the Caesarea port, bringing 3 million tourists by the year 2030.

Peter Gendelman, senior archaeologist at the Israel Antiquities Authority and head of the Caesarea excavations told JNS, “This is one of the largest and most amazing archaeological sites in Israel, if not in the whole eastern Mediterranean, including the discovery two years ago of the foundation of the high altar of the temple that King Herod built in Caesarea.”

He said, “What we have done in the last four years has completely changed our idea of the heart of the old city of Caesarea, which started as the largest artificial harbor in the world when it was built and became the capital of the Judean Provence after Jerusalem fell.

“Caesarea was connected from its beginnings with Jewish rabbis, who lived and worked there,” he continued. “Caesarea is mentioned dozens, if not hundreds of times in Mishnah and Talmud, as well as several connections with early Christianity.” 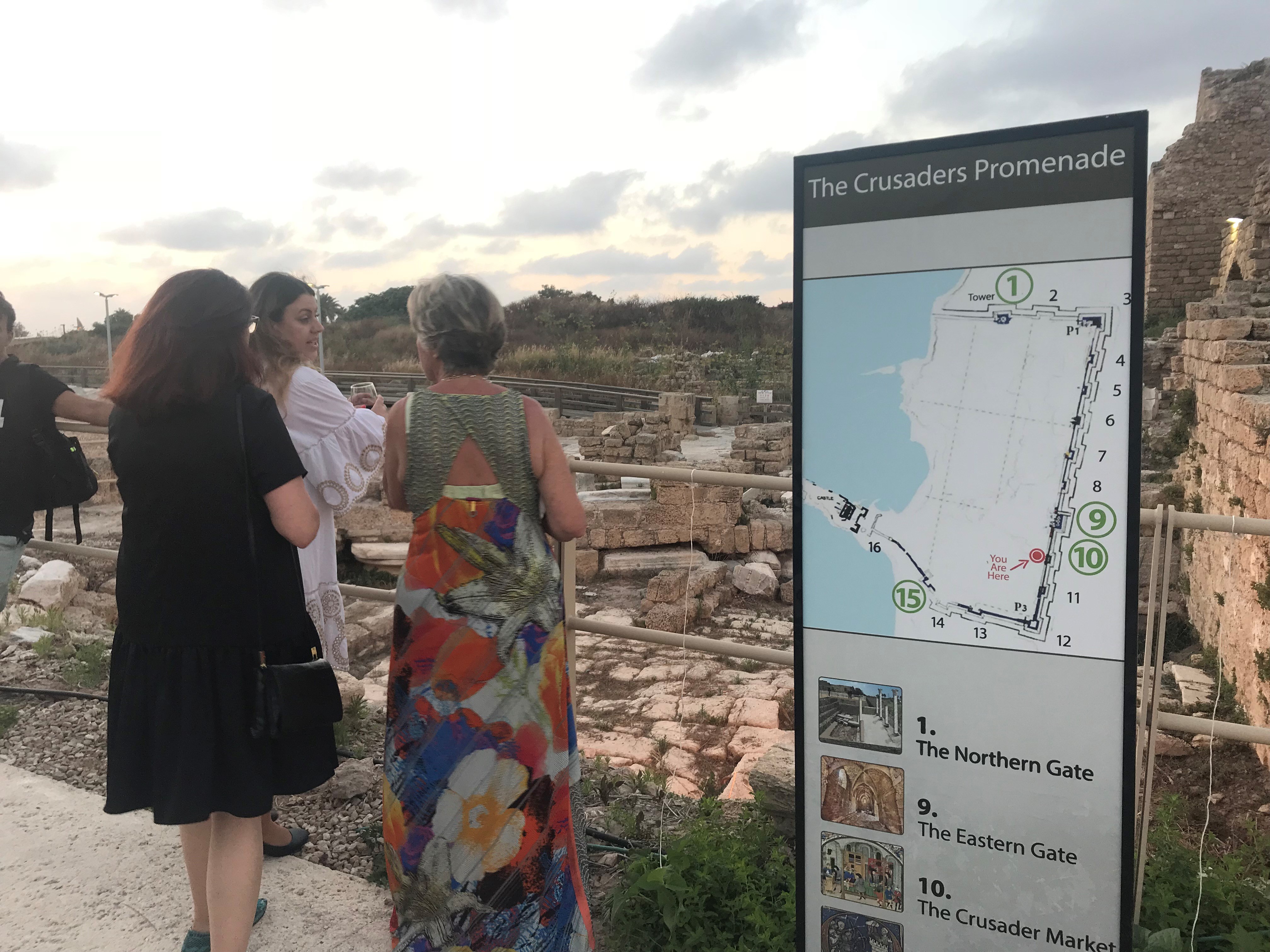 The city’s history spans several periods, from the time of Herod until the 13th-century Crusader era, and including the Roman and Byzantine Empires. In addition to the altar of King Herod’s temple that was built 2,000 years ago, fascinating discoveries at the site of excavation have included a first-century public fountain, marble statues, columns and pottery, which according to Israel Antiquities Authority chairman Israel Hasson “will transform this region to be one of a kind in the world.”

This initiative, he said, will serve as a springboard for the revelation of magnificent finds yet to be revealed.

The recent opening occurs in the context of a NIS 150 million ($42 million) investment in the past decade by the Edmond de Rothschild Foundation, with the goal of developing the Caesarea tourism industry and funding archaeological excavations of what were formerly sand-covered ruins.

Guy Swersky, vice chairman of the Edmond de Rothschild Foundation, maintained that the investment for restoring, preserving and providing accessibility to the old city and the port will “make the project the largest of its kind in Israel—and perhaps even in the world.”

“These restoration and accessibility works were designed specifically to enable visitors walking the restored promenade to view illustration aids in order to enjoy a genuine glimpse into the glorious past of a city that united religions, cultures, and multiple rulers and conquerors,” said Caesarea Development Corporation CEO Michael Karsenti.

Explaining the new features of the site, Caesarea Development Corporation spokesperson Tal Rabina said “the newly unveiled wall promenade route begins near the southern gate to the Crusader city and continues to the observation tower overlooking the ancient Roman ‘amusement quarter’ in all its glory—with the theater, the hippodrome, the bathhouse and the reef palace. From there, along the top of the walls and beside them, visitors can learn about the period-typical fortification system before reaching the Crusader market area.” 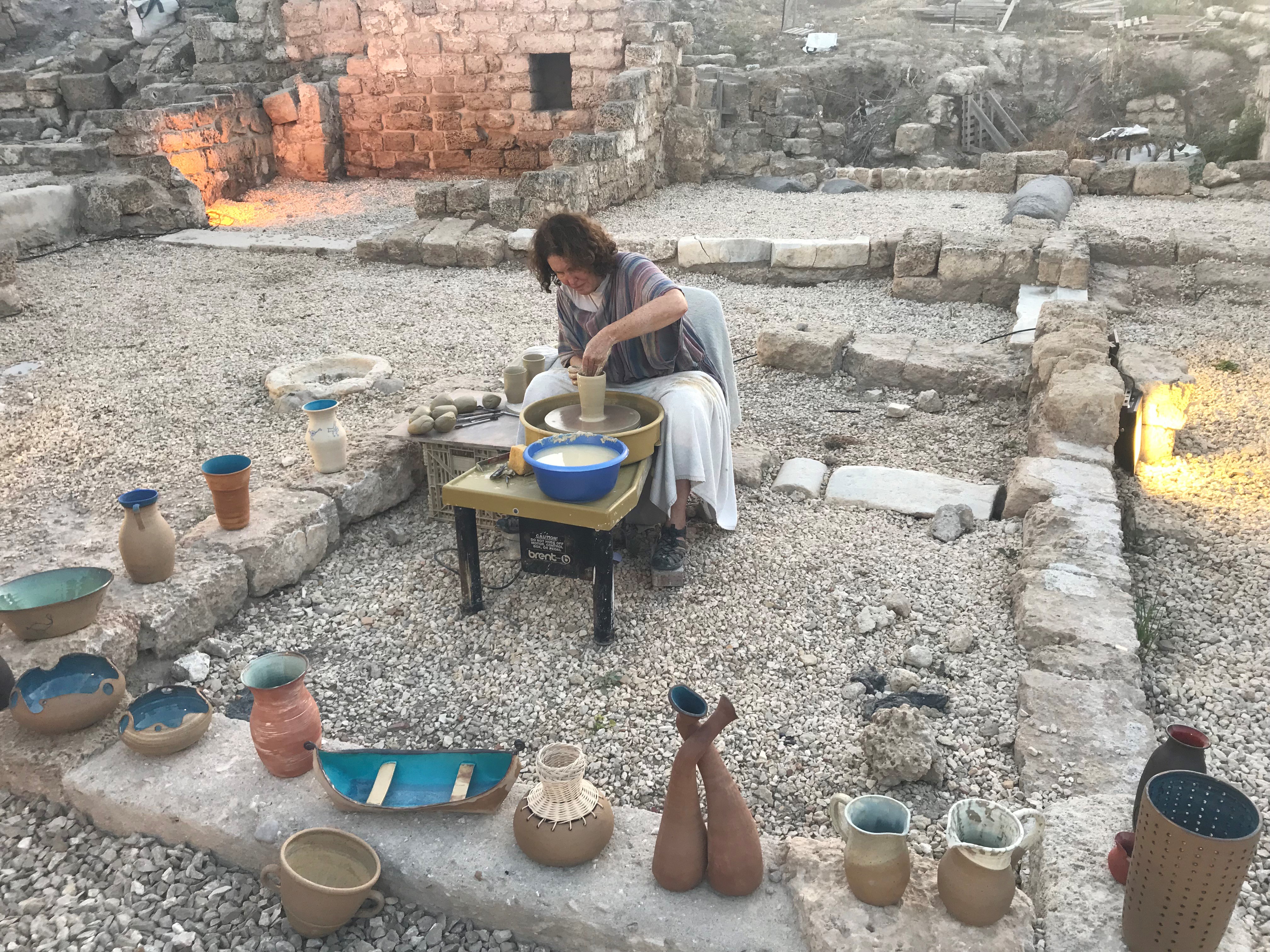 According to Rabina, “the market affords a look and a whiff of some of the goods displayed by the merchants, conducting vibrant and colorful trade of food, handicrafts and exotic accessories that the European Crusaders were first exposed to as they rode their horses into the heart of the city, bags filled with gold coins, some of which were discovered in the archeological excavations at the site.”

Karsenti added that “you can touch reconstructed parts of the walls and peer through the embrasures, and the brave-hearted are invited to descend through the mysterious access tunnel that Crusader knights used to access the moat surrounding the fortifications to bring food and ammunition supplies without risking a breach of the walls.”

On the quarter’s second level, visitors can take in the residential Crusader-built apartments, decorated with mosaic floors and marble slabs. The Caesarea Development Corporation will soon hold a variety of period-inspired events on the new promenade in a theatrical atmosphere during day and evening hours, with stalls of oil and wine pitchers, fruits, vegetables and breads reminiscent of the Crusader cuisine. 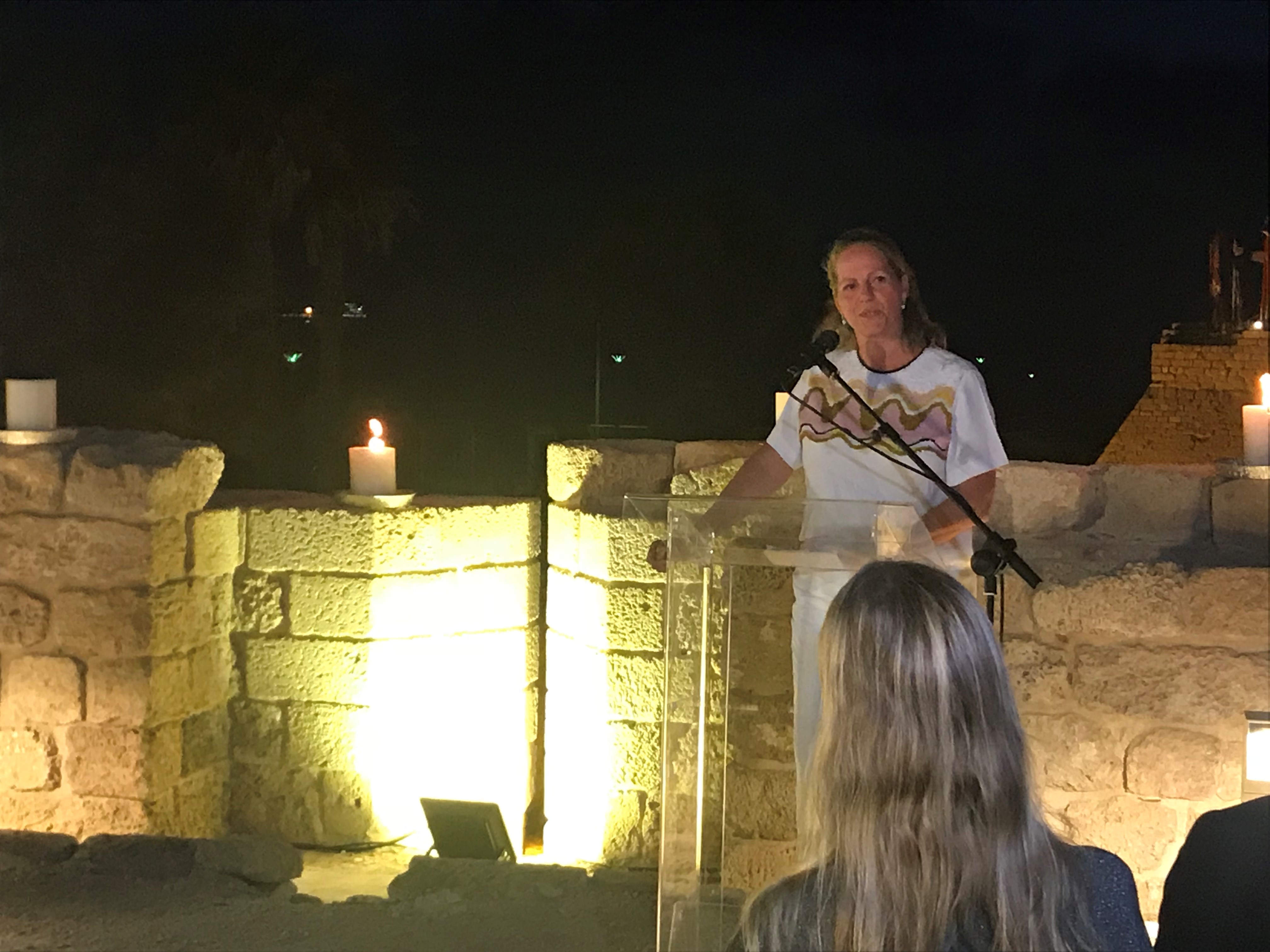 She continued, “the Baron de Rothschild’s family is determined to continue to pursue, as a central partner to the State of Israel, its contribution to the development of Israel in general and of the Caesarea area in particular. Providing access to the promenade and opening the Crusader market also in the evening hours will upgrade the Israeli tourism product and provide visitors from all over the world with a ‘Caesarea standard’ experience.”

“But for me,” she stated, “this is much more than a tourist attraction. The NIS 150 million investment of the foundation in the region over the last decade is yet another important element in the social and economic ‘impact investments,’ which constitute a multiplier of power for development, employment, tourism, education and empowerment.”