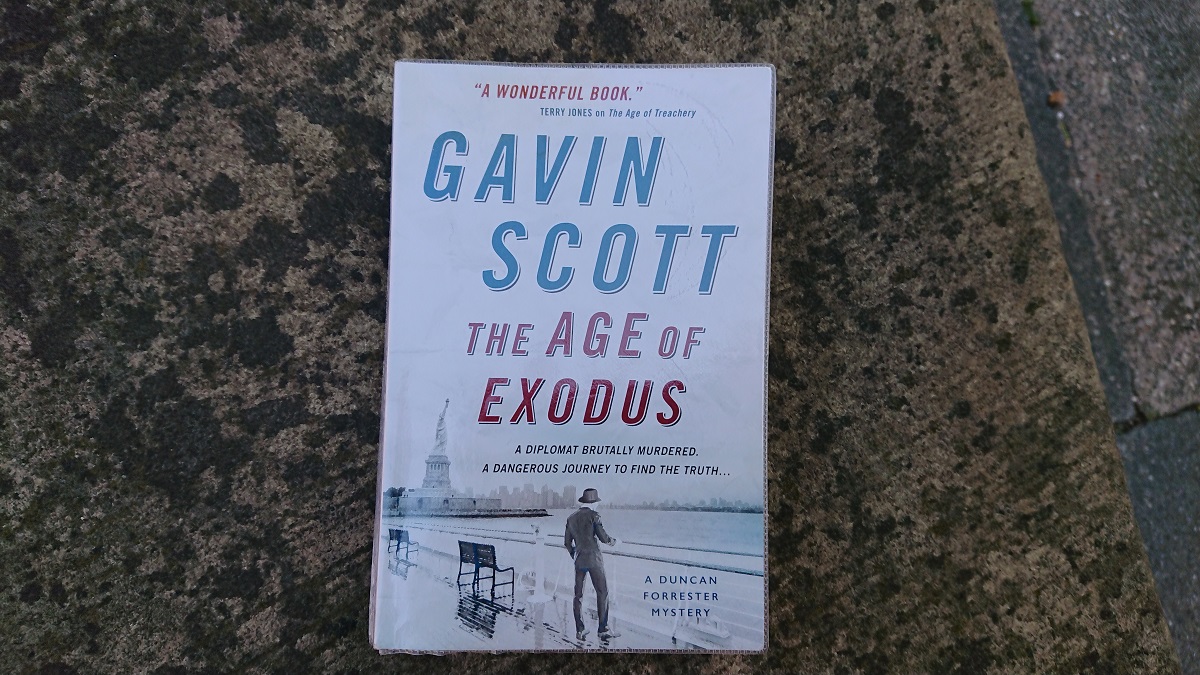 Although not a fan of swashbuckling, derring-do literature, I was tempted to buy this book because its subject-matter combined ancient archaeology and the struggle to establish the modern State of Israel. An irresistible combination for me.

The year is 1947 and Dr. Duncan Forrester, Fellow in Archaeology at Oxford university, has returned to civilian life after participating in the pre-D-Day action aimed at eliminating senior German officers on European soil. Prior to that he had been assigned to training young Jewish men in what was then British-Mandated Palestine when it was feared that Rommel would be victorious and manage to conquer the entire Middle East.

A colleague asks him to advise a friend at the Foreign Office who possesses an ancient object, which turns out to be a Sumerian cylinder seal found in an excavation in the area now known as Iraq but formerly part of the Ottoman Empire. The plot thickens when the friend is subsequently found murdered in the area reserved for artifacts from the Ancient Near East in the British Museum.

Forrester is then asked to help protect the British Foreign Minister, Ernest Bevin, in New York, from a possible assassination attempt by members of the far-right Jewish resistance to British rule in Palestine. Negotiations are under way regarding the future of Palestine and British rule there, with Bevin and the Foreign Office fiercely opposed to the creation of a Jewish State and in favor of the Arab cause. Attaining access to the oil that is controlled by the Arabs is behind the British stance, as well as a firm streak of antisemitism.

Attempts are made on Forrester’s life during the crossing by liner and while he is in New York. The effigy of a Sumerian idol is stolen, and after being attacked again Forrester escapes on to a ship anchored in the harbor. Using his extensive nautical knowledge, Forrester helps to save the ship from sinking, and get to its destination in southern France. There he is taken to a building holding Jewish refugees seeking to get to Palestine in the framework of the illegal immigration known as Aliya Bet. Shocked by what he has seen and heard, Forrester’s sympathies shift to the Jewish side, and he does what he can to further their ambitions.

The mysterious murders of British diplomats, the uses and abuses of archaeological artifacts, and the struggle for the Jewish State are all tied together neatly, bringing the book to a satisfactory conclusion. History has proved that Forrester’s instincts were right and the views and interference of the British establishment wrong, despite the suffering that has been caused along the way.