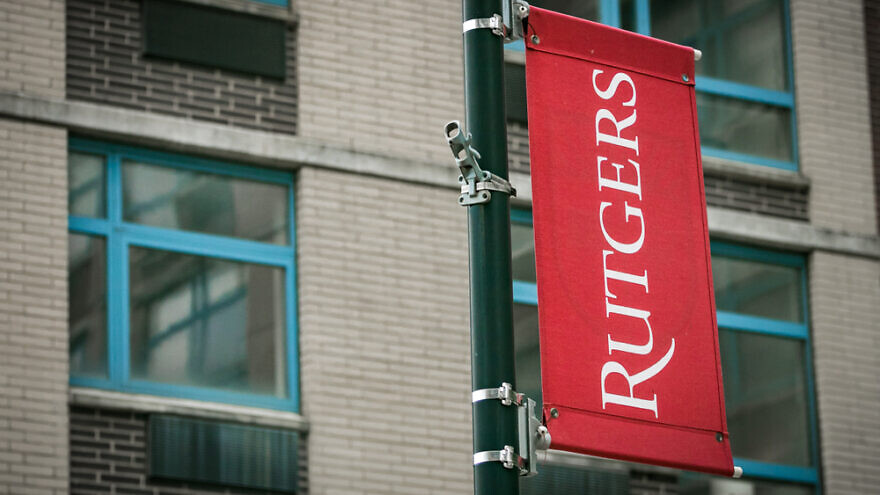 An organization representing more than 10,000 alumni around the United States has denounced a recent anti-Semitic and anti-Israel statement by Rutgers University’s Students for Justice in Palestine (SJP) and the group Rutgers Mutual Aid, a group of Rutgers students and alumni.

“We see the purpose of this recent statement is to isolate Rutgers Hillel for embracing Zionism as a central part of Jewish identity,” ACF wrote in the letter. “While SJP brands itself as a progressive human-rights organization, its actual impact is to undermine any hope for peace, justice and human rights in the Middle East by delegitimizing, demonizing and applying double standards to Israel.”

SJP and Rutgers Mutual Aid released a statement on July 26 that called Zionism one of the “real threats to Jewish safety today,” attacked Rutgers’ support of “apartheid Israel” and criticized Hillel’s support of Israel. The statement also argued that Zionism “purposely ties all Jews to the Israeli regime and, by extension, its crimes.”

ACF has now asked Rutgers to investigate and recognize SJP’s “growing culture of intimidation and discrimination”; adopt the International Holocaust Remembrance Alliance (IHRA) working definition of anti-Semitism; and meet with Jewish and pro-Israel community members to “understand challenges and discuss ways to improve the campus climate for the betterment of Jewish students.”

To date, the letter has been signed by more than 400 alumni and community members.