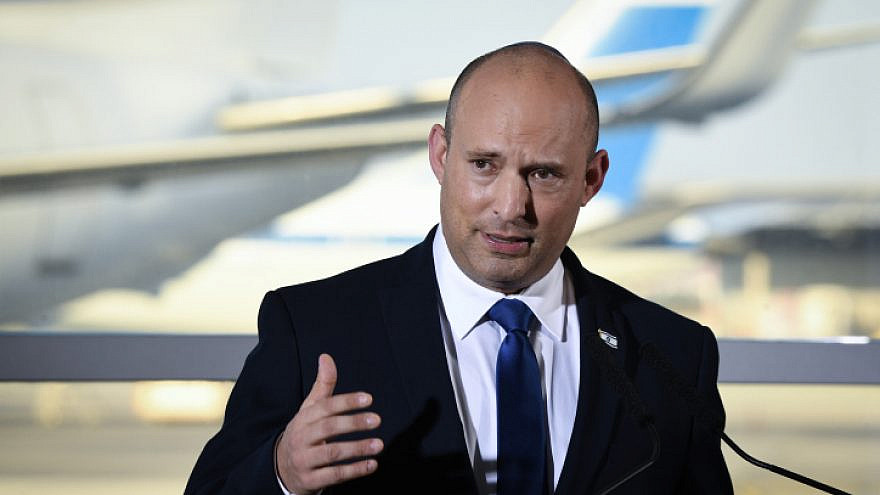 Israeli Prime Minister Naftali Bennett intends to present an alternative to re-entering the 2015 Iran nuclear deal—the Joint Comprehensive Plan of Action, or JCPOA—when he meets with U.S. President Joe Biden on Thursday, according to his office.

Bennett left Israel for America on Tuesday afternoon after addressing the media prior to his departure. He called Biden an “old, true friend of Israel.”

The prime minister said he plans to discuss how to block the Iranian nuclear program but did not offer specifics.

He said he will also speak about actions to strengthen Israeli military superiority against regional threats, as well as detail Israeli’s fight against the coronavirus, particularly the highly contagious Delta variant.

“I intend to share the knowledge and insights we have accumulated in the campaign here, in the State of Israel, regarding the third dose of the vaccine, which I am pleased has already crossed the threshold of 1.5 million people who have been inoculated,” said Bennett. “It seems to me as I board the plane that I am leaving behind me an Israel with the first signs of hope for stabilization in the fight against the Delta strain.”

The prime minister is being accompanied on the trip by the head of Israel’s National Security Council, Eyal Hulata; diplomatic advisers, staff and other senior officials, according to the release.