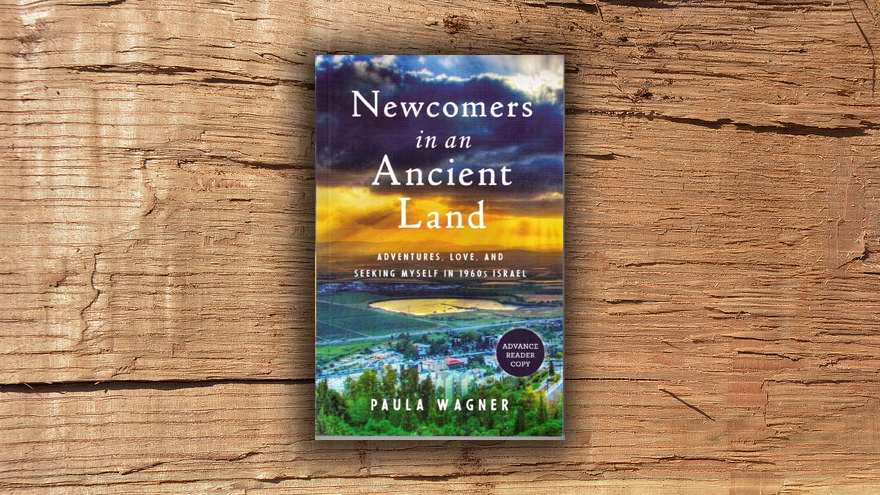 For the most part, this is a pleasant if tentative memoir, which will be informative for people contemplating a first trip from the United States  to Israel, but which otherwise breaks no new ground.  Paula and her identical twin sister Naomi decided at age 18 to seek separate identities.  This led them to take volunteer jobs at different kibbutzim, close enough for them to visit each other over Shabbat, but far away enough that they were free to forge their own lives.

Naomi soon fell in love and married Gidon, who worked in the cow barn of Kibbutz Hazorea, near Megiddo.  Paula meanwhile studied Hebrew at Kibbutz Ein Hashofet, and also worked at various jobs, including dining room duty.  She met and had a relationship with a French immigrant, Rene, with whom she subsequently moved to France.  However, their relationship apparently did not work out, as she now is married and living in Albany, California, with her husband Gib.  After writing about her dating life with Rene extensively, author Wagner does not divulge what brought it to an end.

From the vantage point of more than a half century later, her nostalgic look back at her discovery of Israel is marred by her guilt feelings about the Israeli- Palestinian conflict.  Although she had no reported interactions with any Palestinian, she seems to buy into the Palestinian narrative that their families were driven from their homes by militaristic Zionists.  Although she is aware that Israel contends that many Arab refugees left their homes voluntarily at the urging of the invading Arab armies in 1948, she apparently gives that narrative little credence.

If Wagner truly wants to evoke sympathy for the Palestinians, she should have adduced some evidence, instead of simply casually dropping her misgivings into the narrative without offering any substantiation.

Her memoir also might have been improved by delving deeper into her conflict with her father, whose approval she felt she never could gain.  Her father was Jewish, her mother a Christian Englishwoman. Paula said she initially believed that by going to Israel and learning about his roots, she might come to understand him better. However, her assimilated and secular father did not closely identify with the Jewish religion, nor with Israel, so one might surmise that Paula had thought incorrectly that she might come to understand something about him that he himself did not know.  There was no evidence, however, that she ever made any such discovery.  Nor, in this memoir, is there any resolution to their conflict.  We don’t know what drove her father; they have no revelatory discussions.  Perhaps she was too afraid to ask him.

These objections aside, Wagner provides a well-written story about traveling on the steamship Theodor Herzl to Israel several years before the 1967 War, and her subsequent reactions to Israel’s land, its people, and their customs.  We can feel ourselves learning Hebrew with her, and can taste the Mediterranean salads and foods that she came to love.  At least for this kind of evocative writing,  Newcomers in an Ancient Land is worth reading.