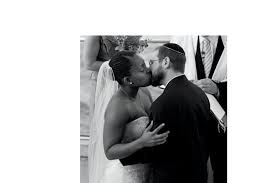 Reform Rabbi Arnold Kaiman, who conducted numerous interfaith marriages in the Midwest during the 1970s, at a time when few rabbis would do so, died at 74 on this date in 2007. Kaiman, raised Orthodox, served congregations in Philadelphia, Larchmont, N.Y., and Los Angeles before settling in for two decades at Chicago’s Congregation Kol Ami. He also hosted a radio show called “Ask the Rabbi” and, in the late 1980s, a TV show called “Of Cabbages and Kings.” Kaiman was fond of using popular music in his services, which featured songs such as “Somewhere Over the Rainbow.” “Let me put it in my bluntest way. You either love me or you hate me,” he told the Chicago Tribune. “. . . I don’t want to be a rabbi who is so conformist that he’s accepted.” From 1970 to 2000, the percentage of interfaith marriages in the Jewish community rose from 17 percent to 47 percent — but interfaith households are three times more likely to end in divorce as families in which both parents share the same religion, according to American Religious Identification Survey (conducted by the CUNY Graduate Center).

“He just felt really strongly it was about love, it wasn’t about religion. He just felt it shouldn’t be so limiting.” —Kimberly Kaiman (daughter)