Home News Israel Religious Zionists of America-Mizrachi visit to bolster bonds between Israel and the... 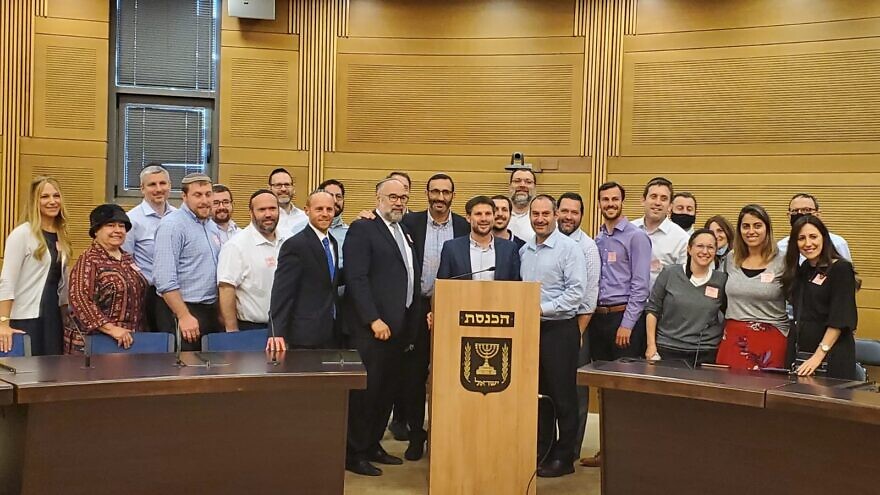 A Religious Zionists of America (RZA)-Mizrachi communal leadership mission to Israel landed this past week as the first U.S. delegation from the Jewish community to meet with Israel’s new government officials.

The group also met with Knesset members representing the opposition, along with the country’s chief rabbis, and visited with Israelis impacted by the recent violence and unrest in the country, including communities near the Gaza Strip and the mixed Jewish-Arab town of Lod. In addition, the delegation met with other religious leaders of various communities and institutions to discuss the rise in anti-Semitism and its impact on communities across America.

During a break between meetings with elected officials, several members of the group sat down with JNS to share their thoughts on visiting Israel after more than a year-and-a-half due to the coronavirus pandemic.

Rabbi Ari Rockoff, executive vice president of the RZA, said “our mission has three goals: We’re here after 18 months, so it’s great to be back. We’re very privileged that we got in to show our solidarity. Second is connecting with friends and family we haven’t seen, and with a lot of what’s new—there is a new government and more since we were here last. And third, we are connecting with our global movement. Mizrachi’s headquarters are here, and our goal with our community leaders, heads of schools and rabbis—the 25 men and women, representatives of our group—is to introduce a lot of them to the World Mizrachi and RZA-Mizrachi movement, which has been around for almost 120 years.”

Rockoff said the group was especially proud of the success of newly elected Prime Minister Naftali Bennett and Israel’s new president, Isaac Herzog, who both spent a considerable amount of time living and studying in the United States. 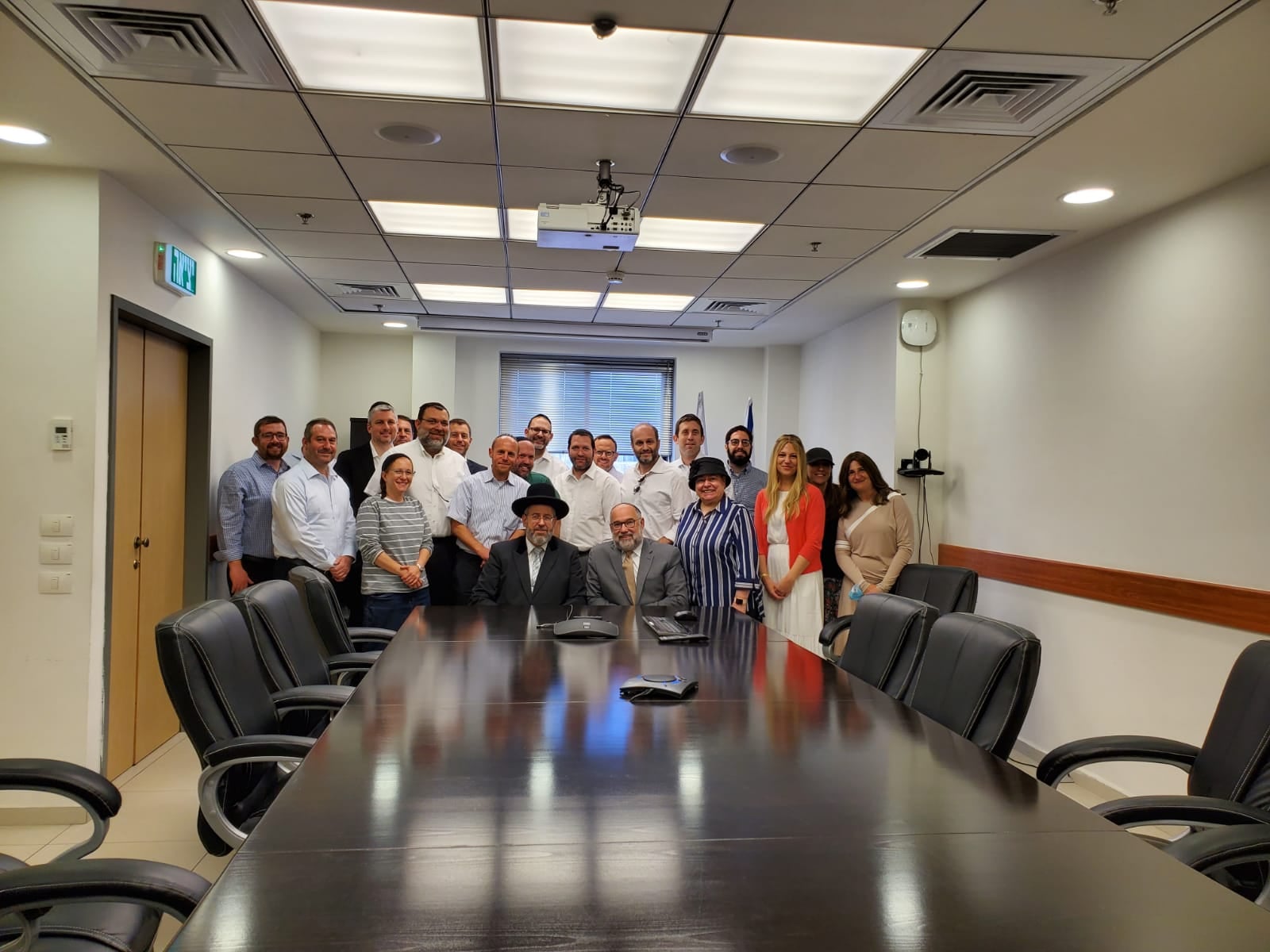 When asked about the new government coalition in Israel, following meetings with a diverse group of elected officials, Rabbi Daniel Alter, head of school at the Moriah School, a Modern Orthodox Jewish day school in Englewood, N.J., said that, “I think that for us as American Jews, we walk a tightrope because we don’t vote [here in Israel], we don’t send our kids to the army, so I think we see ourselves as somewhere between ‘players’ and ‘fans.’ Because of that, we see our job as supporting the State of Israel.”

Raizi Chechik, head of school at the Manhattan Day School, a Modern Orthodox Jewish school on New York City’s Upper West Side, seconded Rockoff’s views that “a core goal of our visit is to show solidarity.”

She added that “it’s been difficult the past year for us to be detached from our homeland, and to be able to come and show solidarity. Being here has been powerful for all of us.” 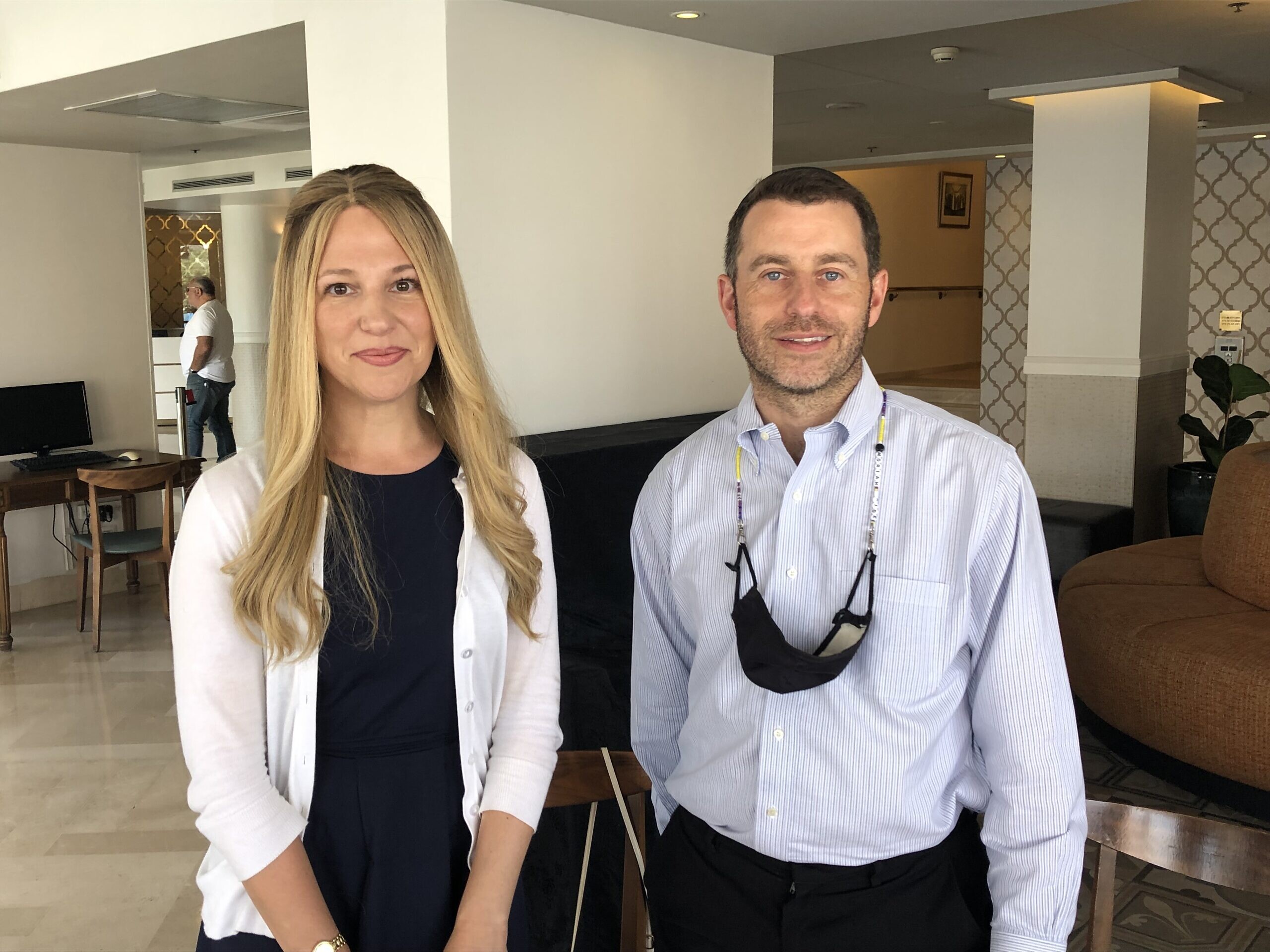 All three expressed shock by their visit to Lod in the aftermath of the destruction caused by Arab rioting in that city, which occurred during the Israel Defense Forces’ “Operation Guardian of the Walls” campaign against Hamas terrorists in Gaza in May.

Rockoff said he told community members in Lod that his group would serve as ambassadors for the town to share the truth about what happened, as details of the riots went under-reported.

Reflecting on the significance of the overall mission, Chechik said: “This is the first time since 1948 that Israel has been closed to world Jewry for a significant amount of time. On one level, it gives all of us a deepened appreciation for access to Israel—something I think we will never take for granted again.”

She said that some of the pulpit rabbis of the group said they could now relate more to the biblical prophet Moses in the book of Deuteronomy, who was forbidden by G-d from entering into the land.

“For the past year-and-a-half, any news about Israel has been consumed through the media and through the prism of other people’s understanding, bias and perspective,” said Chechik. “So for us to come as a unified group to Israel to speak to people on the ground, and experience and feel in a phenomenological way what is going on here, and to build the relationships that are so crucial for the U.S. Diaspora connection, I think the importance of that can’t be overstated.”