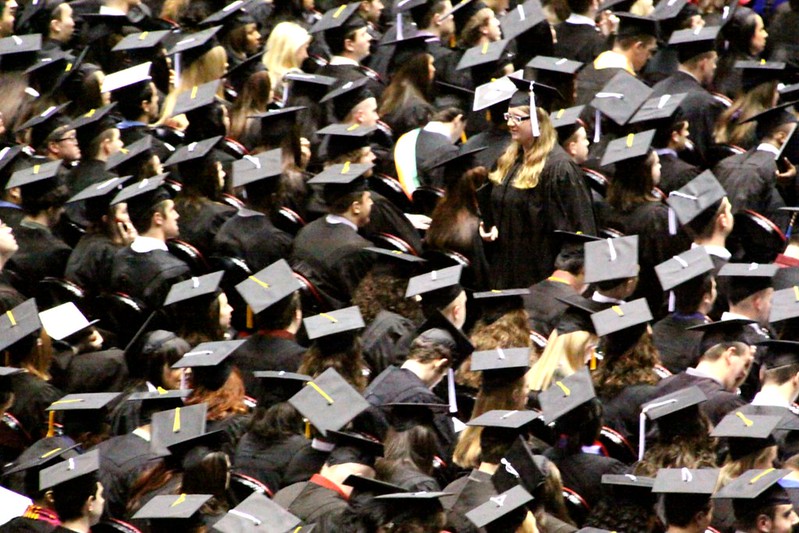 A March 29 article in the online news magazine Tablet titled “Are Educated People More Anti-Semitic?” reported that a carefully crafted survey of Americans by authors Jay P. Greene, Albert Chang and Ian Kingsbury found that the more highly educated did exhibit a greater level of anti-Semitism.

The authors note that this result runs contrary to the widely held assumption linking intolerance, including intolerance of Jews, to ignorance and viewing greater education as the solution. It refers to commonly cited studies supporting that conviction, such as the Anti-Defamation League’s Global 100 study of anti-Semitism across the globe. The authors suggest that the problem with such studies is that they entail questions that a more educated person would likely know had “right” and “wrong” answers, and would be predisposed to respond in the more socially acceptable way. They crafted their questions not to test directly for anti-Jewish animus but for double standards in characterizing Jews versus others, and this approach yielded responses among the educated more biased than among others.

But this finding should hardly be surprising to anyone who has been paying attention. The authors note that the ADL Global 100 study reported higher levels of anti-Semitism among the educated compared to those less schooled within some Muslim populations and associated this with school systems that may explicitly teach hatred towards Jews. But higher learning in America likewise widely entails the promotion of Jew-hatred. Indeed, American academia is the national institution most associated with anti-Semitism. And many students, exposed to anti-Israel and anti-Jewish rhetoric on campus, exit their colleges and universities with negative attitudes towards Israel and Jews they did not have when they entered.

It typically starts with the Israel-hatred of far-left or progressive faculty. A study published in 2017 by the AMCHA Initiative, the foremost group monitoring anti-Semitism on American campuses, revealed a close correlation between the number of faculty members who boycott Israel and the level of “acts of anti-Jewish hostility, such as assaults, harassment, destruction of property and suppression of speech.” Schools with one to two faculty boycotters were four to seven times more likely to have acts of anti-Jewish hostility; the more faculty boycotters the greater the likelihood of such acts. Boycott-supporting faculty often have their departments sponsor pro-BDS speakers and events, and thereby further gin up anti-Jewish hostility on campuses.

College and university administrators typically do nothing or very little to address the pro-boycott activities of faculty, entire departments and student groups. This wide indifference commonly extends to the harassment of Jewish students and the indoctrination of student bodies in anti-Israel and anti-Jewish bigotry.

The left dominates American academia; the far-right has very little, if any, presence within faculties and administrations. But the tolerance and promotion of anti-Israel and anti-Jewish sentiment repeatedly attract far-right bigots and fosters white-supremacist, anti-Semitic acts on campus carried out by students or outside groups happy to feed on the congenial campus culture.

The assumption by those seeking to fight anti-Semitism in America—that the problem is greatest among the less educated and that the less educated must be the focus of their efforts—does not simply derive from flawed studies of anti-Semitism, studies of the sort referenced by the authors of “Are Educated People More Anti-Semitic?” The assumption also reflects wishful thinking among Jewish communal organizations and their constituents.

Most Jews in America identify with the political left, and too many are prepared to close their eyes to anti-Semitism driven by leftist sources, as on American campuses. Jews in America also identify with higher education; are leading financial supporters of colleges and universities, whether as alumni or otherwise; and, again, are reluctant to acknowledge fully the reality of campus anti-Semitism.

Some Jewish students on campus endorse the prevailing anti-Israel and even the broader anti-Jewish animus, in groups such as Jewish Voice for Peace and IfNotNow, motivated in no small part by the acceptance among the bigots that doing so wins them. But many others are eager to fight the prevailing bigotry. All too often, however, they get no support from mainstream Jewish organizations, and their efforts are at times undermined by those organizations. Hillel, on more than 500 campuses, is the mainstream Jewish body with the greatest presence in American academia. Hillel International’s “Guidelines for Campus Israel Activities” includes strong pro-Israel statements. Many campus Hillel leaders, however, are unwilling to confront anti-Israel activity on their campuses and will even seek to accommodate such activity, and not only withhold support from but will actively undercut Jewish students on campus who want to aggressively counter the hatred.

The authors of the Tablet article, writing of the established conviction that anti-Semitism is associated with lower education, note the related conviction that the solution lies in education. But one can still make the case for the latter view. The campus promotion of anti-Semitism entails not education but indoctrination; indoctrination in far-left, as well as Islamist, cant about Israel and the Middle East, and about Jews. A partial answer is to replace that indoctrination with education—education in the history of Israel and the reality of the present conflicts in the Israeli-Palestinian sphere, as well as in the wider Middle East. But to seek to counter aggressively the current indoctrination with efforts at education would require a willingness to confront those whom American Jews have desperately striven to cultivate and see as allies. While there are many individuals and smaller organizations prepared to do so, mainstream bodies and leadership still shrink from this increasingly necessary effort.

Kenneth Levin is a psychiatrist and historian, and author of “The Oslo Syndrome: Delusions of a People Under Siege.”