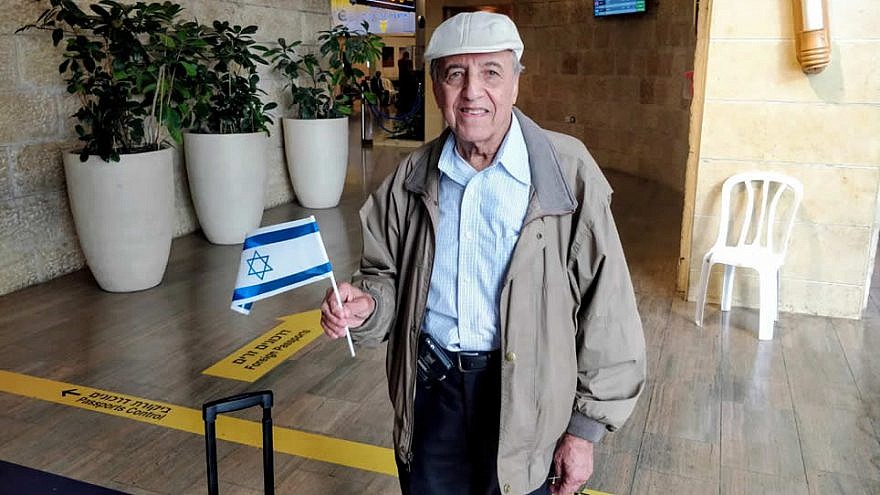 Nefesh B’Nefesh, in cooperation with the Ministry of Aliyah and Integration, the Jewish Agency for Israel, KKL-JNF and Jewish National Fund-USA, welcomed 95 new immigrants (olim) to Israel on Wednesday.

Those on the group aliyah flight were comprised of 35 families and singles ranging in age from 12 months to 80 years old, and come from a variety of states, including New York, New Jersey, Pennsylvania, Maryland, Ohio, Georgia and Texas. Some also come from Quebec, Canada.

“Summer is always the busiest season for aliyah, and this year is no exception, with more than 2,000 olim choosing to make Israel their home in these eight weeks alone,” said Rabbi Yehoshua Fass, co-founder and executive director of Nefesh B’Nefesh. “Nearly half of the olim projected to make Aliyah each year arrive during the summer, as it’s a natural time period to make the transition to a new country before the school year begins.”

The new immigrants are planning to move to cities across Israel, such as Givat Shmuel, Modi’in, Tel Aviv, Beit Shemesh and Ma’alot in the north. Nearly one-third of the group (28 individuals) is headed to Jerusalem.

Among those who just arrived is 80-year-old Ray Negari, who emigrated from Iran to the United States in the 1960s with his wife. On Wednesday, he said, “since my childhood in Iran, my father used to tell me and my seven brothers and sisters stories about the land of Israel. A few years ago, at the age of 77, I found myself deciding that the time had finally come to fulfill my dream and create a home for myself in the Jewish state. It’s never too late to live out your dreams.

“I am proud and happy,” he continued, “to know that despite the years that have gone by, I am going to be setting up my home in Israel, and be able to enjoy living with my brothers and sisters in Israel as we have always dreamt.” 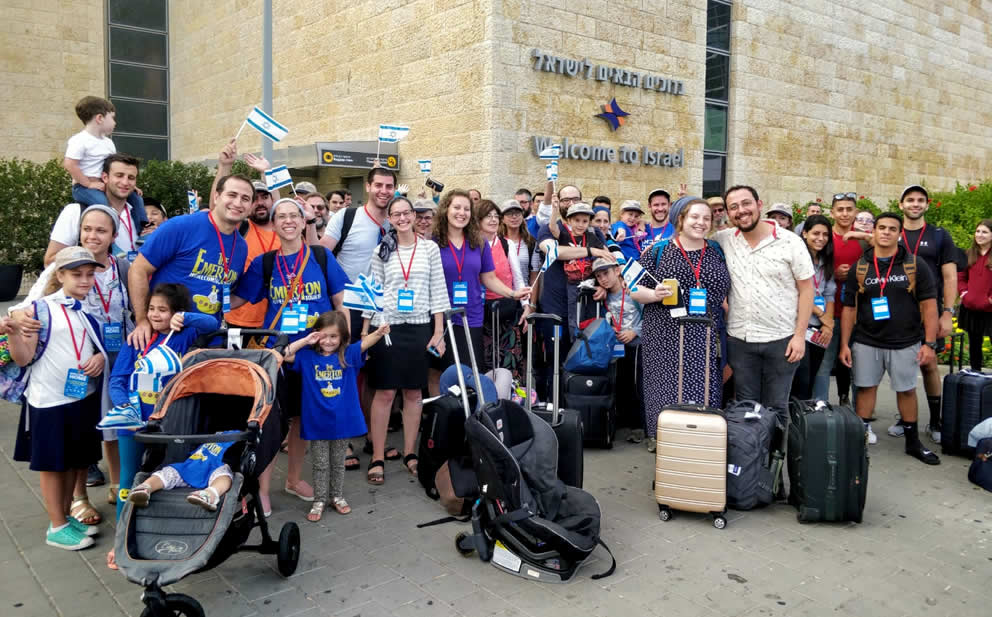 A group of 95 new immigrants from North America arrive in Israel as part of a flight sponsored by Nefesh B’Nefesh, one of several scheduled this summer, July 31, 2019. Photo by Tomer Malichi.

A few of the flight’s passengers plan on joining the Israel Defense Forces as lone soldiers.

Eighteen-year-old Omer Doar from New Jersey said “since I was young, I heard stories about my mother’s uncle, Alberto, who served in the IDF’s 890 Paratroopers Battalion and was killed in the [1973] Yom Kippur War. I feel it is my familial and Zionist duty to step up and protect the country and continue in his path. I hope I will also be able to serve in the Paratroopers Brigade, and in time be able to proudly wear my uncle’s red beret.”

Doar’s sister, May, also made aliyah a few years ago and served in the IDF. She is now studying special education in Jerusalem.

Another new arrival, Gal Gur Lavi, also 18 and coming from New Jersey, has two parents who served in the Israeli Air Force. When asked why she is planning on joining the IDF, she responded simply and confidently: “Israel is my home.”