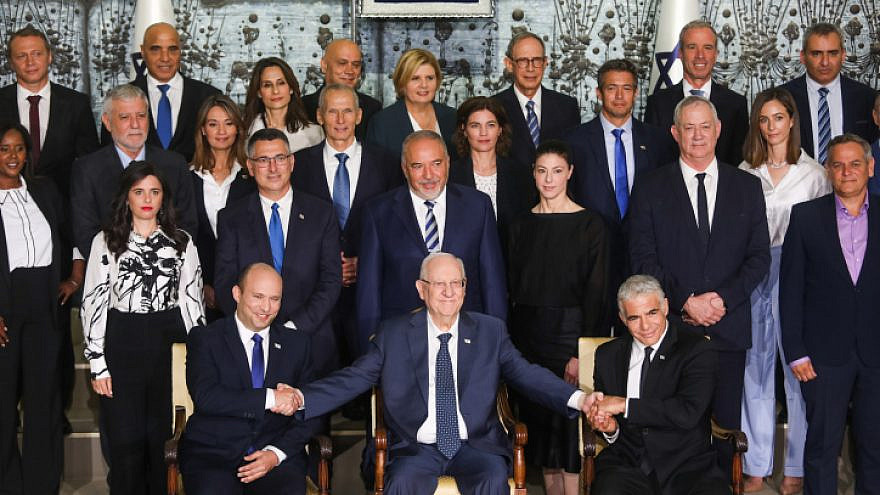 For the first time in 12 years, Israel’s Likud Party and its head, Benjamin Netanyahu, have moved from the prime minister’s seat to the opposition in the Knesset.

Bennett was sworn in along with Yesh Atid Party leader Yair Lapid, who will serve as alternate prime minister and foreign minister until becoming the country’s 14th prime minister in August 2023 for the final two years of the term—if all goes according to plan. 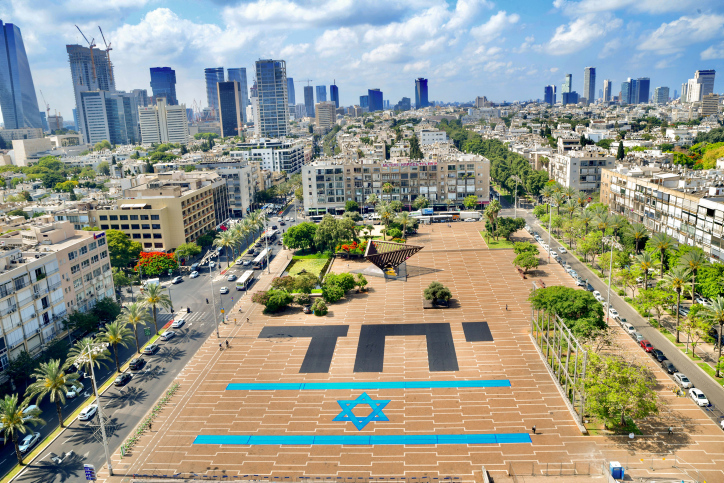 The word “Together,” in large letters, in Tel Aviv’s Rabin Square, a day after Naftali Bennett was sworn in as the new prime minister of Israel, June 14, 2021. Photo by Avshalom Sassoni/Flash90.

Here are 10 notable firsts in this 36th Knesset, formed with the intention of unseating Netanyahu and bringing change to Israel.

1. Bennett, 49, is the first prime minister from the high-tech world, having headed and sold two successful software companies, Cyota and Soluto. He also is the first to wear a kippah, a traditional Jewish skullcap. 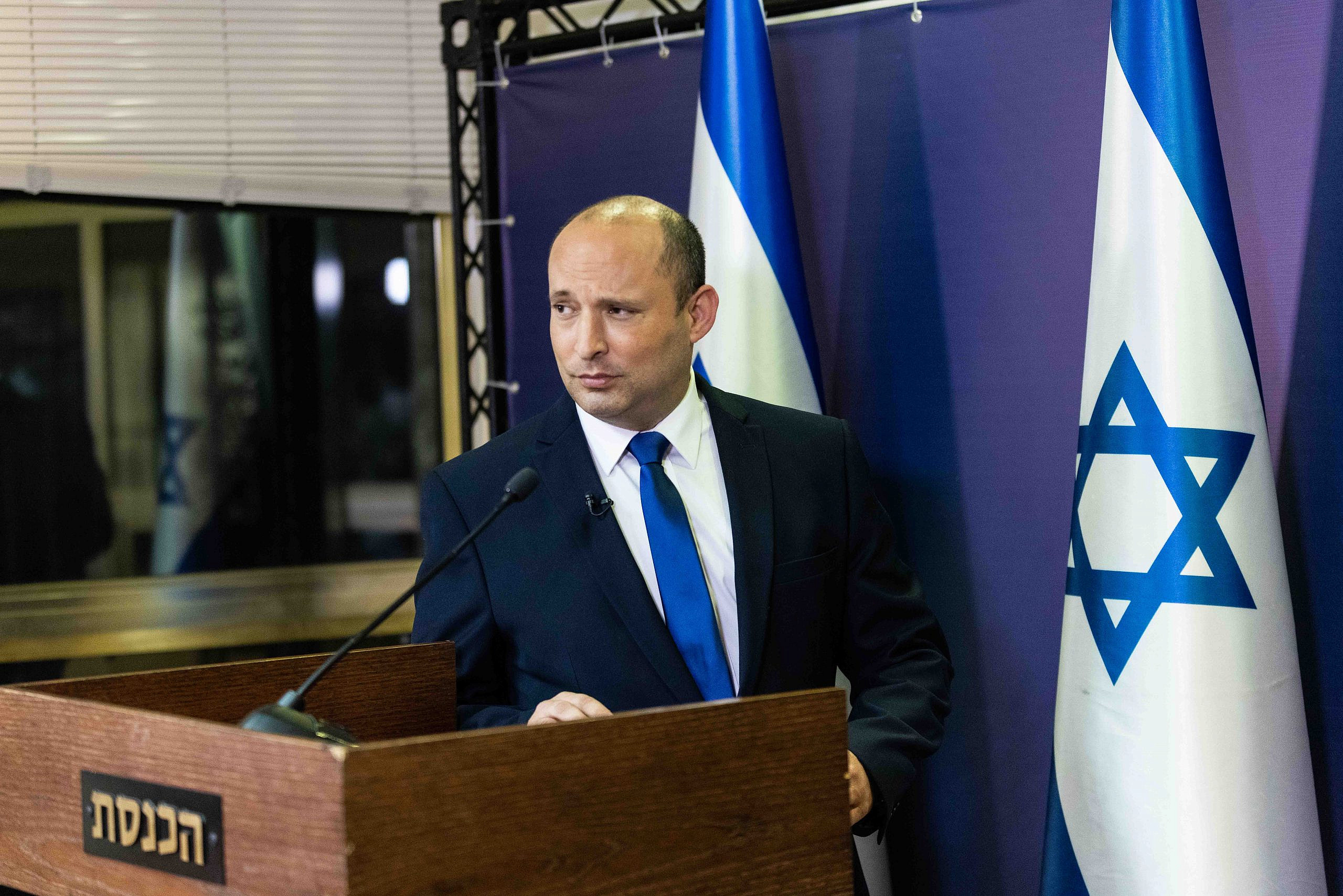 Yamina Party head Naftali Bennett gives a press conference at the Knesset in Jerusalem on May 30, 2021. Photo by Yonatan Sindel/Flash90. 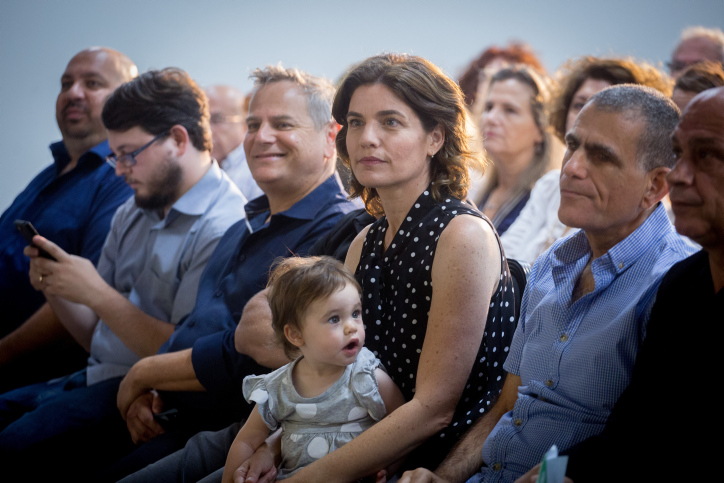 Meretz Party head Nitzan Horowitz (third from right) and MK Tamar Zandberg (with child) at a committee meeting in Tel Aviv, ahead of the swearing-in of Israel’s new government, June 11, 2021. Photo by Miriam Alster/Flash90. 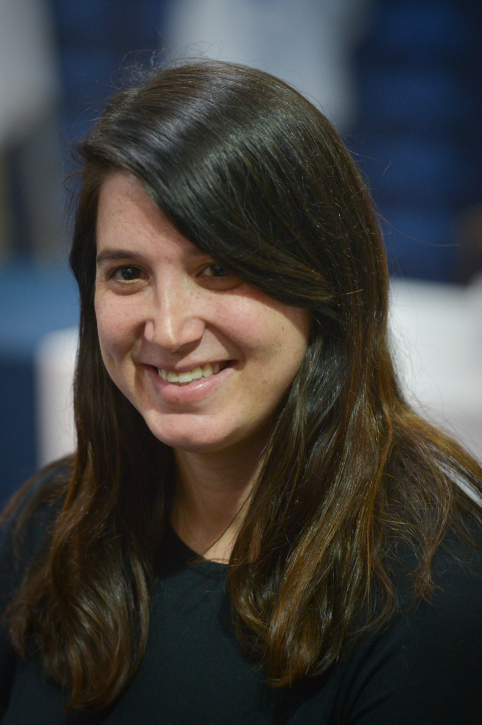 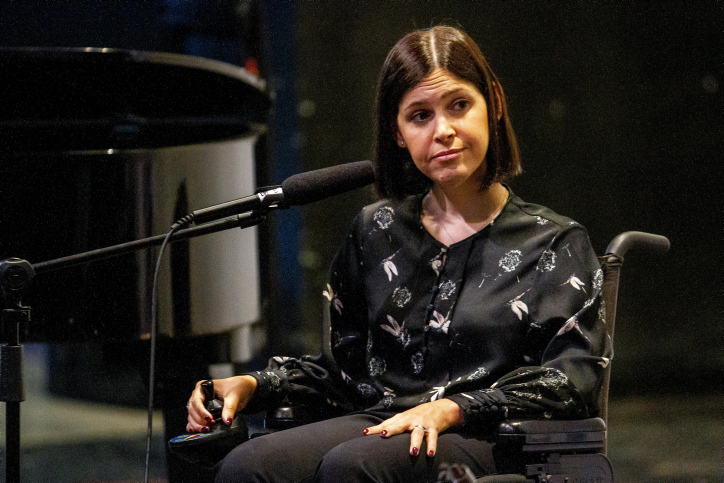 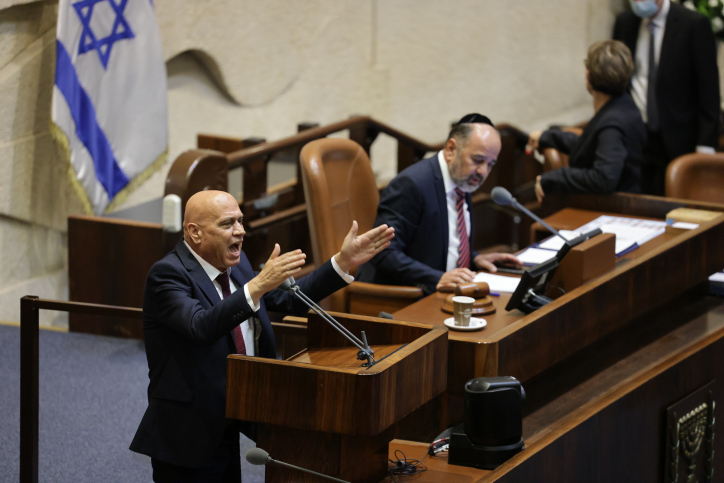 Esawi Frej addresses the Knesset plenum ahead of the swearing-in of the new Israeli government, June 13, 2021. Photo by Olivier Fitoussi/Flash90.

8. Three former broadcast journalists are in the top echelon: Yair Lapid, Nitzan Horowitz and Merav Michaeli. Lapid’s late father, Tommy, was also a TV journalist-turned-politician. (A video made in 1994, recently recirculated on Twitter, shows Michaeli and Lapid emerging disheveled from behind a sofa. Now 54 and 57, respectively, they have shed their playgirl/playboy personas of the past.)

9. Incoming Public Security Minister Omer Bar-Lev is heading the same ministry—then called the Police Ministry—that was led by his late father, Haim Bar-Lev, from 1984 to 1990. 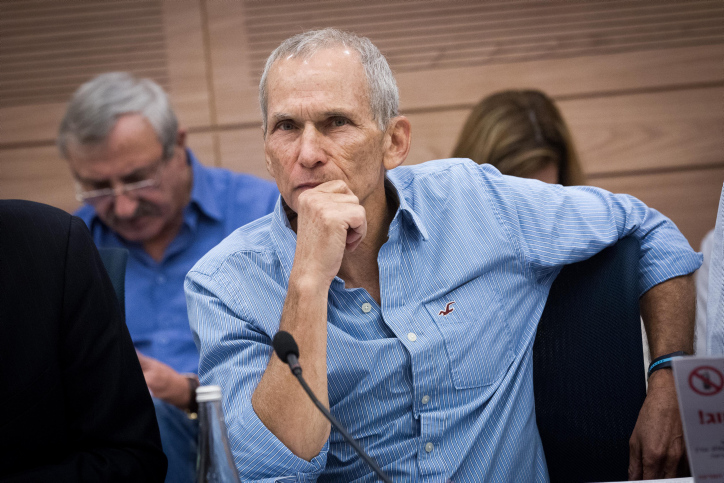