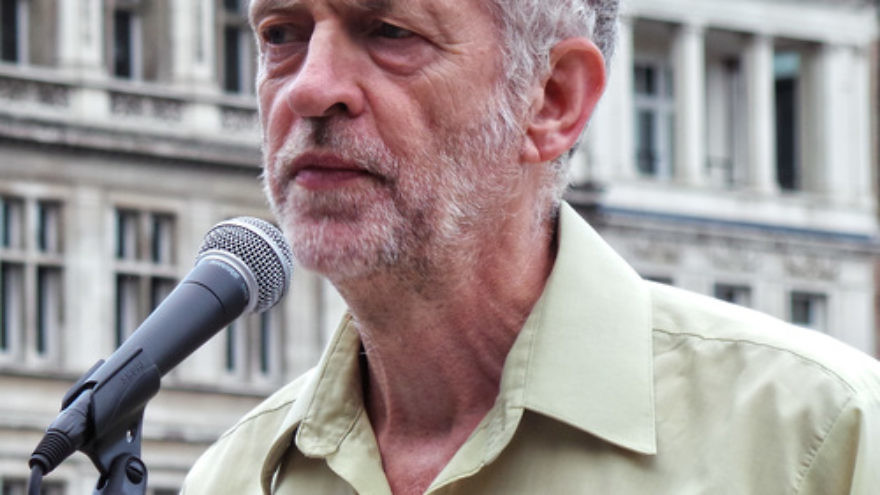 Until last Friday, whenever people asked me uneasily about the likelihood of the far-left U.K. Labour Party leader Jeremy Corbyn coming to power at the next general election, I replied that—with the exception of one set of circumstances—I thought the risk was overblown.

This was because, although he did far better in the last election than anyone had thought possible, the reason for that was precisely because hardly anyone had thought his victory was possible. It was therefore considered safe to vote against the Conservative party and for Labour.

It was therefore likely that, at the next election, the situation would be reversed, and voters would turn out in droves to stop Corbyn. There was, however, one situation in which I thought all bets would be off. That would be if Conservative Prime Minster Theresa May screwed up Brexit and put in jeopardy the United Kingdom’s departure from the European Union.

That’s precisely what happened last Friday. At a marathon all-day Cabinet meeting at the prime minister’s country residence, Chequers, Mrs. May deprived her ministers of their phones and access to their officials’ advice. Threatening any opponents with being fired on the spot, she drove through a negotiating position for exiting the E.U. that would leave the U.K. still tied to E.U. laws and policies, unable to strike trade deals in its own best interests and still bound by European Court of Justice rulings, which take precedence over rulings by the English courts.

Mrs. May and her camp have presented this as a pragmatic compromise. Brexiteers see it as a coup by a Remainer establishment which—in similar vein to the all-out attempt by the U.S. political and media class to destroy the Trump presidency—is perpetrating a no-holds-barred strategy to reverse Brexit by delivering it in name only, while ensuring that the U.K. remains tied to the E.U.

The political fallout within the Conservative party is huge. The Brexit Secretary David Davis and the Foreign Secretary Boris Johnson have resigned, along with various other junior ministers. No one can currently predict whether Mrs. May, her government or her Chequers position will survive.

What is clear, however, is the seismic effect this has had on mainly Brexit-supporting Conservative voters. They believe Mrs. May has betrayed Brexit, betrayed her promises to them and betrayed her country. Unless Brexit is properly delivered, many of them will refuse to vote Conservative at the next election.

And here’s the really devastating thing. If Britain remains tied to the E.U., it will not regain its power of independent self-government.

Many who voted Brexit may well therefore decide that, with the U.K. effectively reduced—in the scathing words of Boris Johnson—to an E.U. “colony,” it doesn’t much matter if Jeremy Corbyn becomes prime minister because neither he nor any other occupant of that diminished office will be able to enact the policies they want.

Yet, of course, Corbyn can still do much damage to British society, not least because of his refusal to tackle the anti-Semitism within his party. Indeed, this problem has become far, far worse.

For Labour has now drawn up its own definition of anti-Semitism. Astoundingly, it has cherry-picked the definition—adopted by the British and U.S. governments among others—produced by the International Holocaust Remembrance Alliance. Labour has twisted that definition by censoring its application to bigotry against Israel.

It says it will “not tolerate name-calling and abuse.” Yet it also says: “Discourse about international politics often employs metaphors drawn from examples of historic misconduct. It is not antisemitism to criticise the conduct or policies of the Israeli state by reference to such examples unless there is evidence of antisemitic intent.”

What! Let’s unpick this. What kind of “historic misconduct”? It doesn’t explicitly say.

But in the next sentence, it says “the use of Hitler, Nazi and Holocaust metaphors” should be resisted in discussing Israel-Palestine—but only because this carries “a strong risk of being regarded as prejudicial.”

It would seem to be implying, therefore, that this is what it has in mind by “historic misconduct.” So calling an Israeli Jew a “Nazi,” for example, would not necessarily be anti-Semitic—and here’s the kicker—“unless there is evidence of antisemitic intent.”

Since no one can look into other people’s souls and judge what drives them, this seems to imply that Labour members can make such anti-Semitic remarks without redress.

Can anyone doubt the outcry if it were to be said that insulting black people with gross and derogatory insults, falsehoods or analogies wasn’t racist unless there was evidence of racist intent? By inserting as a condition “evidence of antisemitic intent,” Labour has thus effectively redefined anti-Semitism itself out of existence.

Worse still, the guidance says Israel’s “description of itself as a ‘Jewish state’ can cause particular difficulty in the context of deciding whether language or behaviour is antisemitic.”

Really? Why? The implication is that there’s something inherently questionable about defining Israel as a Jewish state. But that’s exactly what it is.

So for the Labour Party, even though it accepts that “the Jewish people has the same right to self-determination as any other people,” it seems that the Jewish nation state of Israel is itself problematic.

The guidance carefully deems it impermissible “to hold Jewish people or institutions in general” responsible for alleged misconduct by Israel. Even more carefully, it says it is “wrong to apply double standards by requiring more vociferous condemnation of such actions from Jewish people or organisations than from others.”

But most of the anti-Semitism on the left takes the form of obsessive and paranoid falsehoods, distortion and double standards directed at the behavior of the State of Israel, with much of this onslaught echoing the imagery and tropes of medieval and Nazi anti-Semitism.

It thus singles out Israel for precisely the same unique and potentially exterminatory abuse as has been directed at the Jewish people over the millennia. Yet this is deliberately excised altogether from the Labour Party definition of anti-Semitism.

Some in the party are pushing back against this. Its Brexit spokesman, Sir Keir Starmer, has said it should adopt the full IHRA definition.

His concern is understandable. For Labour’s refusal to accept that the deranged defamation directed against Israel is totally unacceptable puts the party itself beyond the pale.

The fantastic situation has now developed in which, with the ostensible aim of addressing the problem of anti-Semitism among its members, the Labour Party has now positioned itself as institutionally anti-Semitic.

And the Brexit debacle means that the likelihood of this utterly obnoxious party coming to power in the U.K. has just become far greater.