Home Op-Eds Will the State Department’s new anti-Semitism monitor give a pass to anti-Semites? 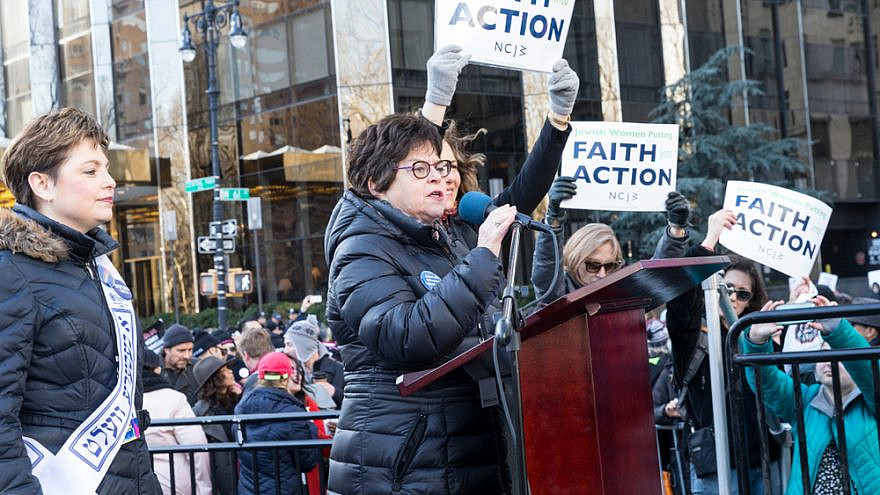 In recent weeks, an attempt to derail a consensus about the definition of anti-Semitism has received serious support from the Jewish left. The mainstream Jewish community, in addition to the United States and a number of other nations, has embraced the definition put forward by the International Holocaust Remembrance Association. But two new definitions have emerged to challenge that text. This controversy may also play a role in both the selection of a new head of the State Department’s Special Envoy to Monitor and Combat Anti-Semitism and the future role of that office.

In one case, a group of scholars and activists backed an alternate definition cooked up by the Nexus Task Force, a group affiliated with the University of Southern California. Days later, a similar document, dubbed the Jerusalem Declaration by its authors, was published. In both, critics and foes of Israel joined together to craft a definition of Jew-hatred that took care to exempt those who oppose Israel’s existence or compare it to the Nazis.

The goal of both groups was to shift the debate about anti-Semitism from one that recognizes that hatred and delegitimization of Jews come from both the left and the right to a sole focus on extreme right-wingers.

The key to understanding this controversy is politics.

At the same time, there is the recognition of an uptick in anti-Semitism—largely operating under the cloak of anti-Zionism—in American life and in some new circles. That’s partly the result of the notoriety and favorable publicity given by the media to Reps. Ilhan Omar (D-Minn.) and Rashida Tlaib (D-Mich.), who are both supporters of the anti-Semitic BDS movement. The pair has also trafficked in anti-Semitic tropes.

Nor are they alone. Leading supporters of the Black Lives Matter movement, like Tamika Mallory, are vocal supporters of Nation of Islam hatemonger Louis Farrakhan and have engaged in discrimination and incitement against Jews. The 2019 epidemic of attacks on Orthodox Jews in the New York area by African-Americans can also be seen as, at least in part, evidence of the influence of both Farrakhan and some of the extremists associated with the BLM movement.

That means for any official tasked with the job of monitoring and advocating against anti-Semitism to be effective, they must shake off their partisan blinders and be ready to speak out against hate from both ends of the political spectrum.

But if one increasingly influential faction gets their way, that won’t be the case in the next four years.

The State Department’s office dealing with anti-Semitism only dates back only to legislation passed in 2004, and the first person to get the job wasn’t sworn in until 2006. Like the other 4,000 political appointments that any new president can make, there are many people who want the job. But unlike the usual quiet lobbying that goes on behind the scenes for most such jobs, the competition for this post has gone public.

Several Jewish Democrats are openly vying for the position, and the battle over it has unsurprisingly become a proxy war between party factions.

A lot of mainstream traditionally pro-Israel Democrats want President Joe Biden to name former Anti-Defamation League head Abe Foxman to the job. Given Foxman’s long record of fighting anti-Semitism and strong support for Zionism, he’s the most qualified choice. And given the fact that he dropped his nonpartisan stance in favor of open advocacy against former President Donald Trump, as well as endorsed the Democrats’ disgraceful analogies between the most pro-Israel president to date with the Nazis during the 2020 election campaign, perhaps he’s earned Biden’s gratitude.

Another possible contender is historian Deborah Lipstadt, who is well-known for her groundbreaking work on Holocaust denial, and who also supported Biden and backed the bogus Nazi analogies about Trump.

Now it appears that there is also serious support for Nancy Kaufman, a veteran liberal Jewish community professional and the former CEO of the National Council of Jewish Women. As an article in The Forward made clear, Kaufman is the clear choice of “progressives.” And given the increasing sway that the left has in the Biden administration, she may be the most likely choice.

The scramble for the position can be seen as merely a matter of patronage with the plum going to the candidate who can amass the most political IOUs from the people in power. In this case, however, there’s more at stake here than the pedestrian question of which Jewish Democrat will get what is, in the context of the many other more powerful jobs up for grabs, a relatively minor post.

That’s because while Kaufman is a very familiar face in the alphabet soup world of Jewish organizational life, she cannot be counted on to oppose left-wing anti-Semites.

As The Forward pointed out, though Kaufman claims to be a mainstream supporter of Israel, she only thinks of the IHRA definition as “an interesting tool” and opposes codifying it into law. That means that she opposes the passage of laws that outlaw discriminatory business practices rooted in BDS boycotts of Israelis and Israeli products. She also praised the so-called Jerusalem Declaration on anti-Semitism, whose purpose is to essentially give a permission slip to anti-Semites who masquerade as advocates for “human rights” but who seek to deny to Jews what no one would think of denying to anyone else: the right to live in peace and sovereignty in their homeland and the right to defend themselves.

Even more damning, in the course of pursuing anti-Trump and liberal political activity, she has made common cause with and even praised open anti-Semites like Mallory and Linda Sarsour when they worked at the Women’s March, from which they were ultimately booted for their support for Farrakhan and discrimination against Jewish women.

Among Kaufman’s supporters is the viciously anti-Zionist IfNotNow group, which seeks to sabotage Birthright Israel trips, although that organization is probably more interested in stopping Foxman than boosting Kaufman.

Yet the person who wants to be the leading voice against anti-Semitism abroad had nothing to say about Weingarten’s outrageous and disgraceful statement. The same can be said about everyone else on the Jewish left, especially the Anti-Defamation League and its leader, Jonathan Greenblatt, who also refused to condemn a fellow liberal like Weingarten.

Seen in this light, it’s clear that not only is Kaufman unfit for the job, she is also likely to use her post not to advocate, as her GOP predecessor Elan Carr did, against anti-Semites abroad, but could instead use her office’s resources to play domestic politics by lending legitimacy to leftist Jew-haters like Omar, Tlaib, Mallory and Sarsour.

If Biden and Secretary of State Antony Blinken are serious about supporting the IHRA definition and fighting anti-Semitism, then they will risk offending progressives and turn Kaufman down. If not, the administration’s effort to fight Jew-hatred may be over even before it starts.