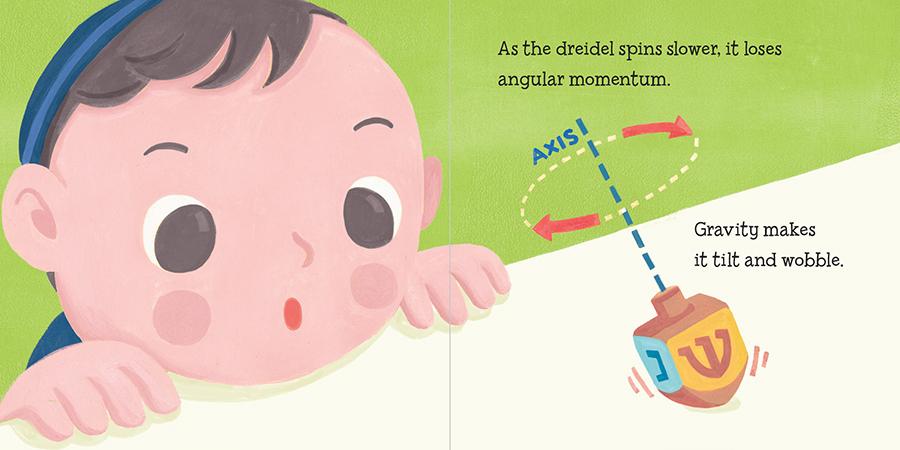 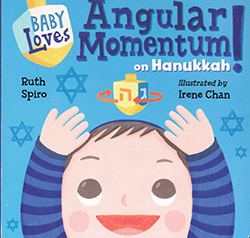 The book skims over the miracle of Chanukah (my preferred spelling of the holiday) to get to the popular game of dreidels enjoyed by youngsters and grown-ups alike during the eight-day celebration.

I can’t imagine a preschooler actually grasping these concepts.  “What is angular momentum versus ordinary momentum?” is a question that throws this grandpa.  But according to Shor and two of his college friends, the book primes children to understand the concept a little later in life.  They may not know what the adult reading the book to them is talking about, but when such terms as “torque,” “angular momentum,” “molecules,” “friction,” and “gravity” are taught to them more formally after they begin attending school, the terms will resonate within the youngster, who then will catch on.

I don’t know if this is true, coming as it does more than 70 years after I attended pre-school.