Home News Israel A bumpy approach to start of school year in Israel on Sept....

Israel’s Minister of Education Yoav Galant, along with Health Minister Yuli Edelstein and Coronavirus Project coordinator Ronni Gamzu announced on Sunday that the school year will start on Sept. 1—on schedule for Israel’s 2.4 million students in kindergarten through 12th grade.

The opening will happen under the “Learning Safely” initiative—a comprehensive plan put together by the health, education and finance ministries to protect students while studying in the shadow of the virus.

The plan involves students physically learning in schools either full-time or part of the time, while also allowing students to take classes from home via distance learning. The format is broken down based on a student’s grade.

At the same time, however, the Ministry of Education said that in the “red” cities where the cases of COVID-19 are extremely high, high school students might only be allowed to return to their classrooms in mid-October, following the conclusion of the Jewish holidays.  A decision on the matter is expected in the days ahead. 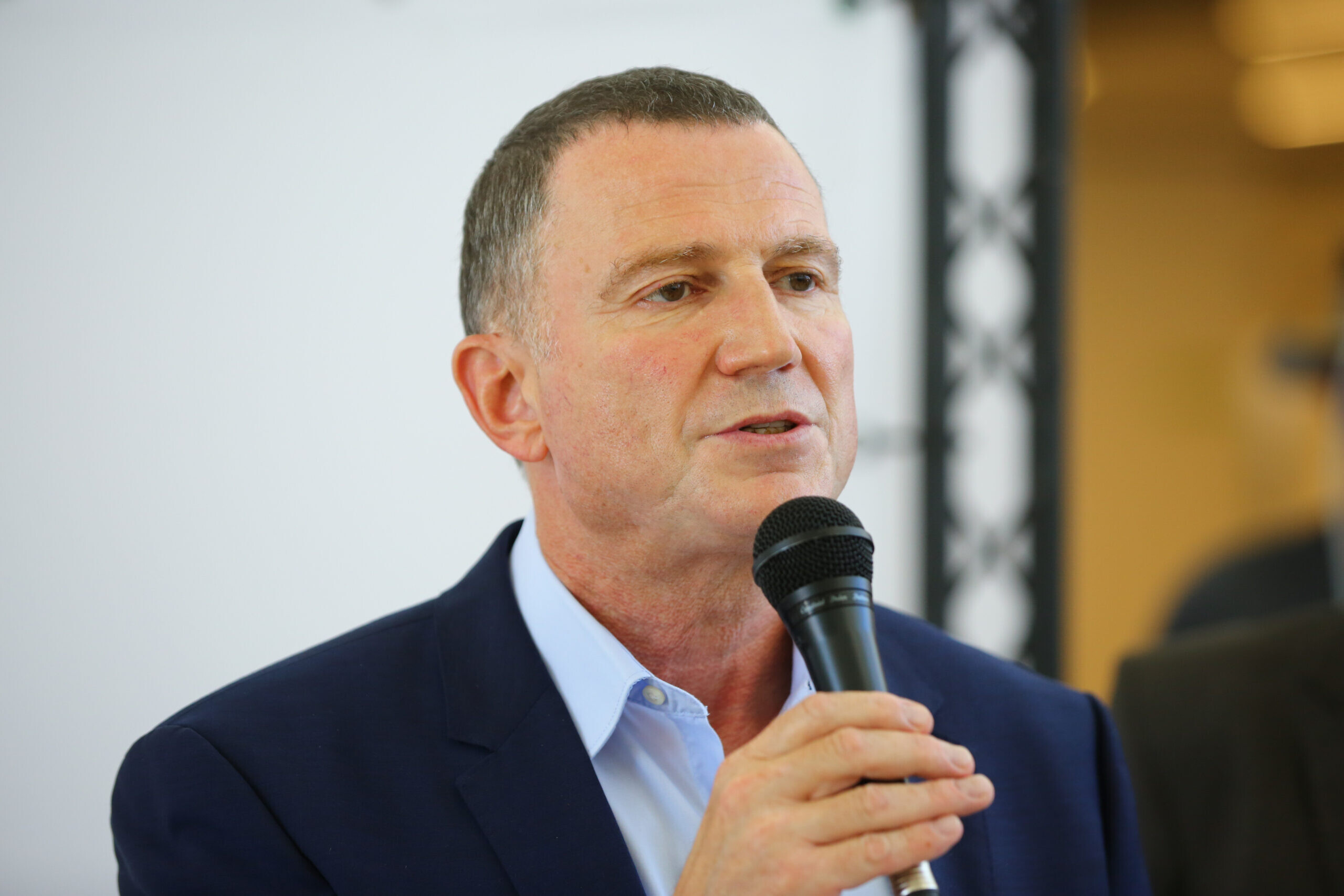 Minister of Health Yuli Edelstein holds a press conference during his visit at the Assuta hospital in Ashdod on August 20, 2020. Photo by Flash90

But with school scheduled to start in less than a week, even while the Ministry of Education is confident that everything is in place, some teachers and parents are not so sure it will work out.

“A” (name withheld upon request) is an English teacher in an elementary school in the center of the country who immigrated to Israel around 20 years ago. She told JNS, “I have no idea what I’m teaching, and I am not alone. I don’t know how many hours I will be working, but they will probably add to my hours because of the fact that you have to split the classroom into capsules.”

For grades three and four, students will study five days a week in capsules up to 18 students per class.

Fifth- and sixth-graders will attend school only twice a week in capsules up to 18 students, while the rest of the week they will study at home via distance learning. A nearly identical arrangement will be in place for students in grades seven through 12, albeit with longer hours of study.

“At this point, there aren’t enough teachers, and I might have to teach math as well, even though while I was accredited in the U.S., I don’t have the training to do so here in Israel,” added “A.”

The educator said she took a course after the first wave of the coronavirus hit to prepare herself for what she knew would soon involve distance learning. “While my school has some teachers who know how to use programs like Google Classroom, some don’t even know how to copy and paste on a computer, let alone use PowerPoint. So we are dealing with that also.”

Galant said last week that he is working with a NIS 1.2 billion ($351 million) budget to enhance online learning.  At the same time, his ministry is acquiring 144,000 laptops and 64,000 cell phones for the ultra-Orthodox communities so that they can learn from home.

Additional funds are being used to hire another 13,000 teachers and teachers’ aides in order to accommodate all of the additional classes being taught as a result of the capsulated smaller classrooms. In total, Israel plans to spend 4.2 billion shekels ($1.2 billion) on reopening schools. 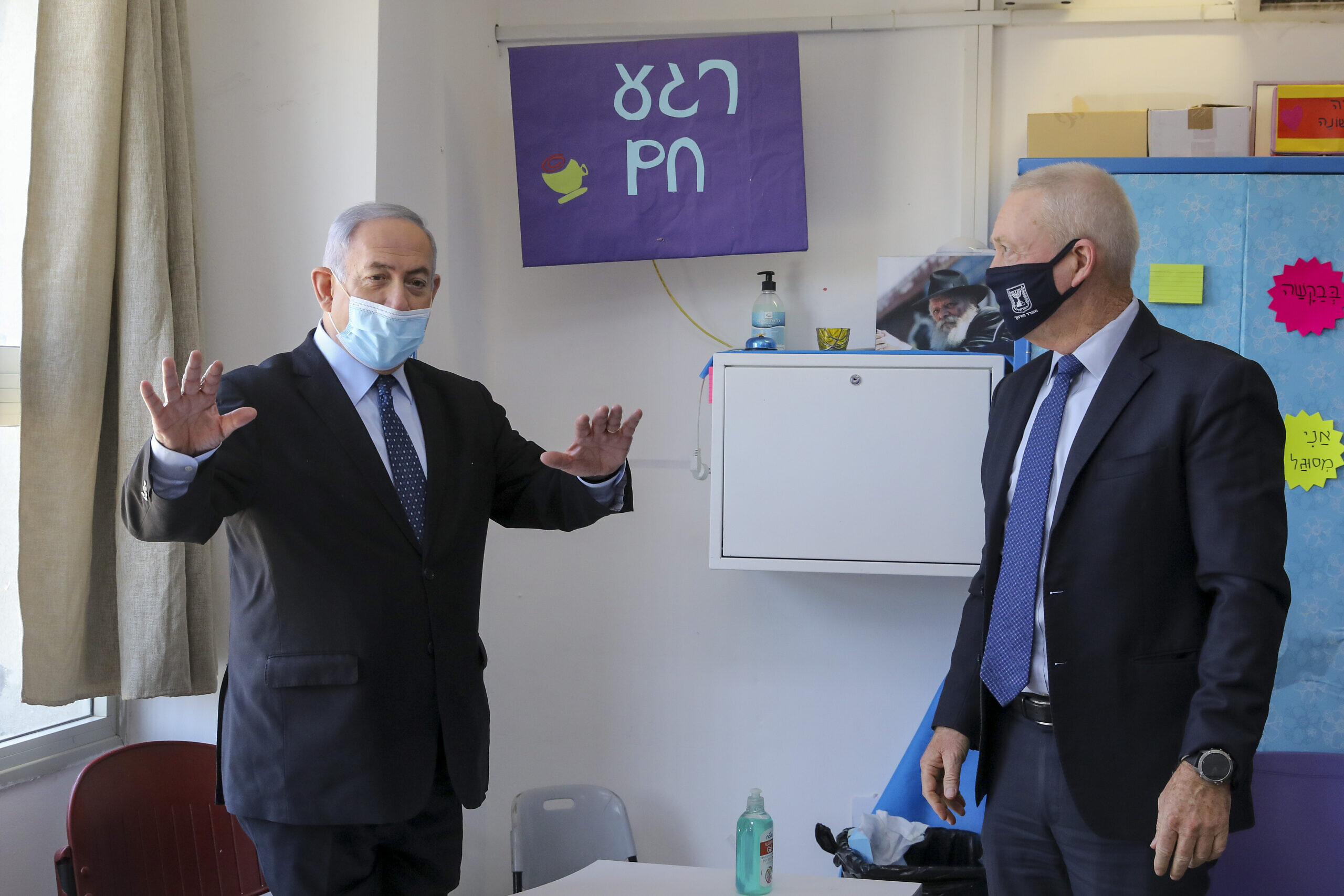 Israeli prime minister Benjamin Netanyahu and Minister of Education Yoav Galant visit at a school in Jerusalem ahead of the opening of the school year, August 25, 2020. Photo by Marc Israel Sellem/POOL

‘Main problem is the lack of communication’

JNS asked the Ministry of Education if the additional teachers would be ready for the start of the school year. An Education Ministry spokesperson said that 17,000 people have applied to fill those positions while 8,000 teachers already received positive referrals, and in the days ahead, it will be determined if they are ready to start working in the school system.

The spokesperson said that “we took those with teaching backgrounds and put them through intense and professional training. They will be ready, she said emphatically.”

Lauren Adilev of Efrat, who has a daughter in 12th grade and a son in eighth grade in different schools in Gush Etzion, told JNS that she’s concerned about the start of the school year. “The main problem is the lack of communication between either of my children’s schools and me,” she lamented. “I don’t even know what’s going on!”

She said that when the pandemic started, the Education Ministry should have had the foresight to ensure that every student had access to a tablet, and that teachers were trained how to offer proper instruction online.

While aware that distance learning is certainly in the cards, Adilev is worried about the lack of space in her home and adequate Internet connection for her children to continue her studies while she tries to work alongside them as a freelance writer/content creator.

“The point is we need to be prepared for the future,” she said, emphasizing that the system had six months to get their act in order. “But it seems the attitude was Hakol yihyeh beseder—‘everything will be fine’—and that [corona] would be over soon. Now we are in the situation that we are in.”

Others are also uneasy about how things are shaping up as Sept. 1 approaches. The Knesset coronavirus committee met on Monday to discuss aspects of the school restart and related issues. Chairwoman of the Knesset Committee MK Yifat Shasha-Biton expressed her opposition to parts of the plan, noting that “leaving fifth- and sixth-grade students at home is a crime.”

A statement released on Facebook following the meeting by Merom Schiff, chairwoman of the Israel National Parents Association—a group recognized by the Education Ministry as being representative of parents—agreed with Shasha-Biton, saying they hope the Education Ministry will reverse its decision about those grades studying from home.

“I sincerely hope that the expert committee set up by [Health Ministry Deputy General] Professor [Itamar] Grotto will determine that fifth- and sixth-graders can study at school full time,” she said.

Schiff added that “from the minute it was announced that children as young as 10 would be spending a full year studying from home, the Israel National Parents Association said it was impossible.”

She said her group has threatened to boycott the start of the school year, keeping their kids at home if that age group would be forced to accept the combination of in-school and distance learning from home.

Nevertheless, Israeli Prime Minister Benjamin Netanyahu on Tuesday expressed his confidence in the opening of the schools. He took to Twitter, saying, “I have just completed a working tour at the ‘Ofarim’ School in Jerusalem with Education Minister Galant to closely monitor the education system’s preparations for the start of the school year under the limitations caused by corona. Opening the school year is important for our children’s education and our economy. I will continue to make sure we start the school year on the right foot. Good luck to everyone!”