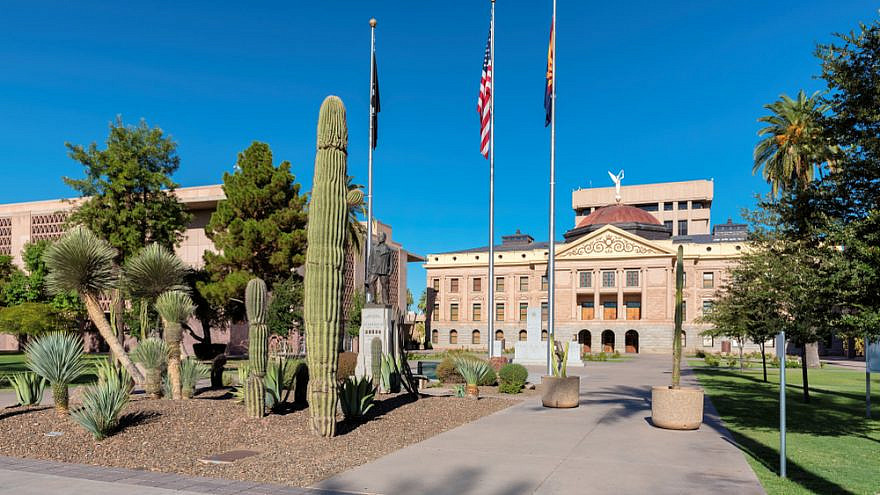 Legislation approved on Tuesday by the Arizona Senate requires local schools to teach that any claim about Israel not having the right to exist is anti-Semitic, KAWC News reported.

The 16-14 vote came after every Democratic lawmaker in the Senate reportedly objected Resolution HB 2282, arguing that it would hinder discussions about Israel’s treatment of Palestinians. However, Sen. Paul Boyer (R-Glendale) said there’s nothing in the measure that prevents criticizing the policies of the Israeli government.

“If you’ve spent any time in Israel, you know that criticizing the state of Israel and the government is really an Israeli pastime,” he said, explaining that the legislation is aimed at addressing the issue of blood libels, such as holding all Jews responsible for the decisions of the Israeli government.

The resolution addressed Israeli sovereignty in Judea and Samaria, saying the area was granted to Israel “through the oldest recorded deed, as recorded in the Old Testament,” and explained that the “claim and presence” of the Jewish people in Israel, including the West Bank, has “remained constant throughout the past 4,000 years of history.”

The resolution also included the International Holocaust Remembrance Alliance (IHRA) working definition of anti-Semitism. Boyer said that if the IHRA definition is not implemented in schools, Holocaust education in Arizona “could be corrupted in ways that could ironically boost contemporary anti-Semitism rather than combat it.”