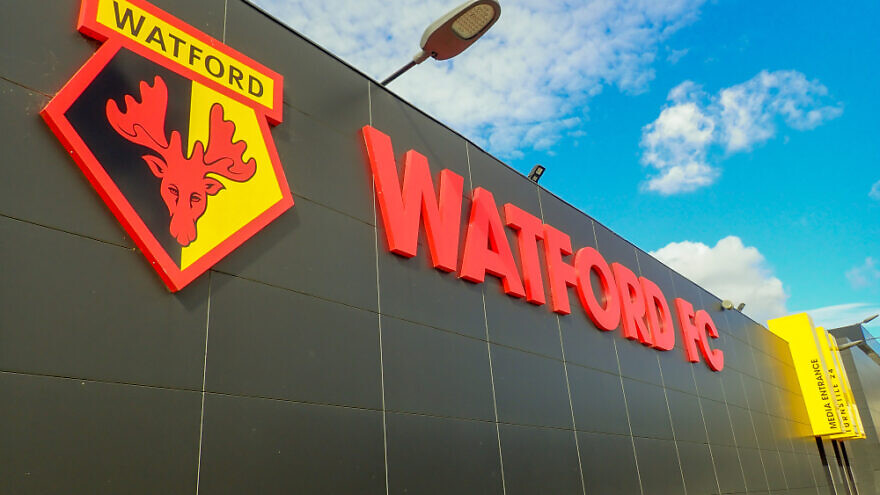 Watford FC will be the first-ever Premier League club to host a Hanukkah celebration, the team has announced.

The sold-out gathering on Dec. 2 is also the first event organized by the club’s newly established Jewish Supporters Group. Watford FC said the celebration will be “an entertaining and festive occasion consisting of music, lighting candles, singing Hanukkah songs and the traditional eating of doughnuts.”

“The event is open to all who wish to come together, as part of the Watford FC family, to celebrate Hanukkah, the Jewish ‘Festival of Lights,’ ” added the team.

The event will raise funds for the group’s charity, Watford FC Community Sports and Education Trust, but will also honor Watford FC’s adoption of the International Holocaust Remembrance Alliance (IHRA) working definition of anti-Semitism, the soccer team’s We Campaign and the launch of the Jewish Supporters Group.

The Jewish Supporters Group was launched by Watford FC fans in August and is the first-ever Jewish supporters group for a Premier League club. It helps Jewish supporters of the club and also provides a forum for them to engage in dialogue with non-Jewish soccer fans on issues such as anti-Semitism, reported the U.K.’s Jewish News.