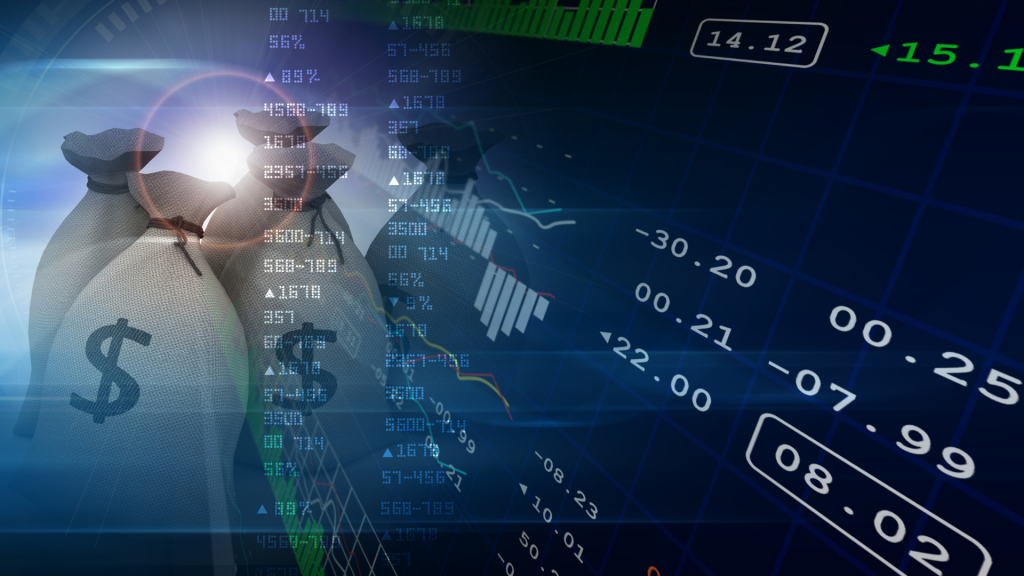 Recently, there has been one piece of economic news in the United States that has been particularly disturbing. And that is the growing rate of inflation in the economy after years of fairly steady pricing of goods and services. Many of the leaders in the U.S. (all Democrats) tell Americans not to worry, that it is just a temporary phenomenon relating to people breaking away from the restrictions in living that were imposed by the pandemic and that soon the economy will right itself and inflation will slow down dramatically. But when a person goes to the grocery store and finds that even the basic necessities have gone up quite a bit, speculation about the future is almost irrelevant. The person is being hurt in his wallet right now.

Although to me inflation is not just something that hurts a person financially. It also hurts him experientially. His psyche is also hurt. In the same way that a person experiences the prices of the goods and services blowing up in size, it is almost as if the goods and services are somehow being inflated themselves as well. Inflated as if it becomes increasingly difficult to grasp them, to have them in one’s possession. They are inflated almost as if a bubble is being blown up or a balloon is being blown up. Experientially, the way that they are being blown up is to be filled up with a vacuum. The vacuum permeates the substance of the good or service and makes it artificially larger in importance than its inherent value would actually make it. When a significant inflation is generalized to most of the goods and services in the economy, the goods and services become like ghosts, very difficult to grasp as they become increasingly difficult to obtain for most people in the society. The financial environment of inflation turns into an experiential vacuum where people are immersed in a kind of financial numbness. Particularly this is true in an economic environment of hyperinflation, which fortunately we’re not in and hopefully never will be in.

But one thing is certain. Inflation is the result of the disconnect of goods and services from the experiential grounding that exists in more traditional natural societies. People consume much more than they actually need today. Bundles of consumed goods and services serve to provide a kind of surrogate grounding as, in reality, people are floating around in the frictionless mediated living environment they have created. So, any unusual influence on supply or demand of these goods and services can result in a situation primed for inflation.
On the other hand, what happens when we are able to buy something at a price that is much lower than the inherent valuation that we would normally give it. Such an item, which we might designate a steal, is something that would have added definition and solidness for us, because it is so easily financially graspable. And then there are other countries where the exchange rates are very favorable and make enjoyable vacations very affordable. Such countries can turn into good economical places to retire as well. Such places can turn into economic rocks with crags to hold onto, where it would be very difficult to fall through economic cracks. But such environments are not what most people in the U.S. are presently experiencing in their daily lives. The significant inflation that they are experiencing is creating a disconnect between consumers, on the one hand, and the goods, the services and the living environments in which these are obtained on the other. People are even losing their surrogate economic grounding today. They no longer have a relatively stable price structure to act as a template for economic transactions. Instead, they are floating through their economic environment in a kind of economic living death.

And to the extent that these rising prices can create significant economic disruptions and significant stress, within the economic experiential vacuum there develop strong emotional tension-pockets. Yes, it becomes increasingly difficult to gain an economic hold over goods and services that become priced out of a consumer’s range. And when one can’t get a hold over what one needs, that leaves a person in a consumer vacuum. But when one is able to reflect on one’s inability to purchase that which he needs, that creates an overstimulating rush of fear of not being able to buy food or clothing or maintain one’s shelter.
Finally, one could say that the increased velocity of price change is a kind of overstimulating tension-pocket experience by itself. Inflation is a very complex phenomenon, full of different kinds of sensory distortion. Experiences of it range from numbness to extreme stress and fear. Goods and services become blown-up vacuums while the processes of inflationary change become abrasive tension- pockets.

How does one survive significant inflation? Among other things, by trying to find sources of organic stimuli in order to give a person some emotional grounding. This does not address the very important problem of financial solvency. But sometimes, what matters first is psychological health from strong relationships with friends, family, spouses and lovers. With the balance derived from bonds with other people, one develops the internal strength to deal with the highly unpredictable problem of inflation. Because of the sensory distortion involved, inflation tends to isolate people from one another. It helps in terms of surviving this tricky problem to be able to gain the comfort from working with others who really care about us. And sometimes, people can even find ways of sharing expenses with people to whom they are close.