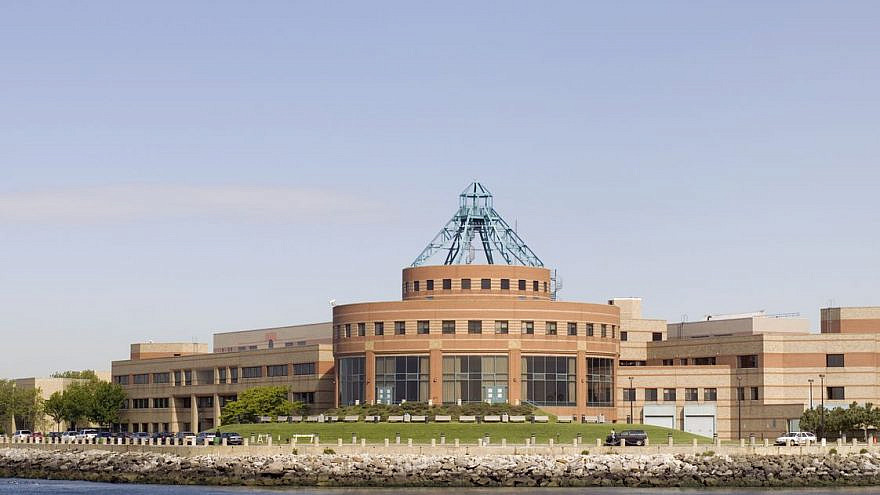 Jeffrey Lax says his nostrils are flaring. He is used to coming face to face with hate.

The 47-year-old Jewish professor of business at Kingsborough Community College in Brooklyn, N.Y., was appalled by a recent 83-34 vote by the Professional Staff Congress of CUNY on a June 10 resolution that condemns “the continued subjugation of Palestinians to the state-supported displacement, occupation and use of lethal force by Israel” and also “racism in all its forms including anti-Semitism, and recognizes that criticisms of Israel, a diverse nation-state, are not inherently anti-Semitic.” The resolution also called Israel an apartheid state and made no mention of Hamas.

“Whoever wrote this was not very intelligent,” Lax told JNS in a phone interview. “You can’t have it both ways. If Israel is an apartheid state, how can it also be a diverse nation-state? It’s clearly an anti-Semitic trope to call it an apartheid state. Do they not know that there are Arabs in the government? They serve on the Supreme Court and make up 20 percent of the population. It’s absurd. Facts matter.”

Lax, who is also an attorney, said he’s quitting the union because he doesn’t want his money to go to Jew-hatred. He said union dues are about 1 percent of his salary. He noted that in a letter, he wrote to PSC president James Davis and made it clear that just because a resolution says it’s not anti-Semitic does not make it so. He said the resolution also seeks put an end to American financial support to Israel, which is tantamount to divestment and a third of the Boycott, Divest and Sanctions movement known as BDS.

He said it’s embarrassing to see educators who are so uneducated.

“It’s downright anti-Semitic that the resolution completely failed to mention that Hamas rockets were fired down at Israeli civilians,” said Lax. This was a month ago, not years ago. Did they forget? This was a reaction to the fighting in Israel. That Palestinians died is a terrible tragedy, of course. But you can’t ignore the actions of Hamas. It took place. It’s a fact. You can’t just choose to ignore it and expect that you are doing something honorable. It’s nonsensical.” Lax said the vote did not surprise him because there is a history of anti-Semitism in the union. He said he believes more than 55 other union members have also resigned.

Lax, who is Orthodox, said he had filed a complaint with the Equal Employment Opportunity Commission (EEOC) and was vindicated on all counts in a ruling about four or five months ago. He said his formal complaints stated that no Orthodox or Zionist professors were permitted to join the Progressive Faculty Caucus (while nobody else was turned down) at his college; in addition, under investigation, other members admitted that they purposely planned meetings on Friday night so Lax would not be able to attend.

“It was very stupid of them to admit it,” said Lax. “I don’t know why they admitted it, but they did.”

He said he was disappointed that the union took no measures to rebuke his colleagues who had ill-treated him. He said the situation is not good and while his job is secure, he doesn’t always feel that he is.

“I’m not afraid of being fired,” he said. “I don’t think that will happen. But I’ve been harassed. I was once surrounded by five union members. I was trying to leave and a guy put his hand above my head. He said, ‘No, we’re just getting started.’ So they’ve been very threatening to me.”

‘People are angry about this’

Lax said union members should be embarrassed that in the resolution, there was no mention of 10 Israeli civilians who were killed or Jewish Americans who were getting attacked on the streets of New York City.

Part of the problem, he added, was fellow Jewish teachers.

He also said the delegates were wrong to not discuss the vote further with the 25,000 union members.

“It’s a matter of respect,” he said. “They purport to represent the entire union, and this was a very controversial resolution and I don’t think they represent the union. People are angry about this, as well they should be. I’m angry about this because you don’t make a decision like this without properly discussing it first.”

Lax said he hoped that people can become more educated about the situation in general and the Middle East in particular. He is also alarmed at growing anti-Semitism.

“It’s sad that people are saying these things in 2021,” said Lax. “I only hope people do some research to see how foolish this resolution was. My hope is that other unions across the country do not follow suit.”