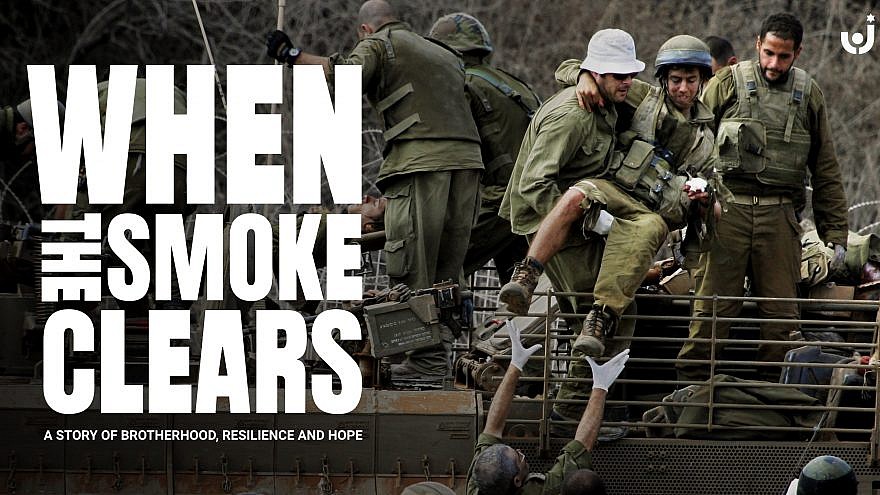 The latest film produced by Jerusalem U, “When the Smoke Clears: A Story of Brotherhood, Resilience and Hope,” has screened in 50 Jewish communities around the United States this month, culminating in PTSD Awareness Day on June 27.

“By confronting daily and ongoing challenges, the soldiers work to rediscover meaning in their lives while coping with the challenges of their injuries and the losses they suffered in battle,” noted a Jerusalem U press release.

A survey of students from more than 100 screenings found that 75 percent who watched the film reported feeling more connected to Israelis, and 96 percent said they had a better understanding of the price of war on the Israeli people.

The film release in the United States is also intended to provoke reflection before Tisha B’Av, a Jewish day of fasting and mourning for the destruction of the Temple in Jerusalem, which this year starts on the evening of Saturday, July 21, and lasts through nightfall on July 22.

While Tisha B’Av is largely focused on loss, it also encourages reflection on the Jewish people’s renewal, Israel’s rebuilding and how each individual can contribute towards these two ideals. Screenings of films focusing on these topics have become a popular way for communities and synagogues to commemorate the solemn day, according to the press release.

While director Rebecca Shore acknowledged that relating to Tisha B’Av is a challenge because Israel is rebuilding “at a pace like never before in our people’s history,” she noted that “this film reminds us that the challenges are far from being behind us, and people are continuing to make painful sacrifices for the Jewish nation.”

“The feedback from students and educators around the world has been overwhelming, and gives us the confidence to continue to share this story with new audiences of all ages,” continued Shore. “We know that this film will help people better relate to the sacrifices that Israel’s soldiers are making on our behalf and allow people to better appreciate the importance that our country plays for the greater Jewish nation.”