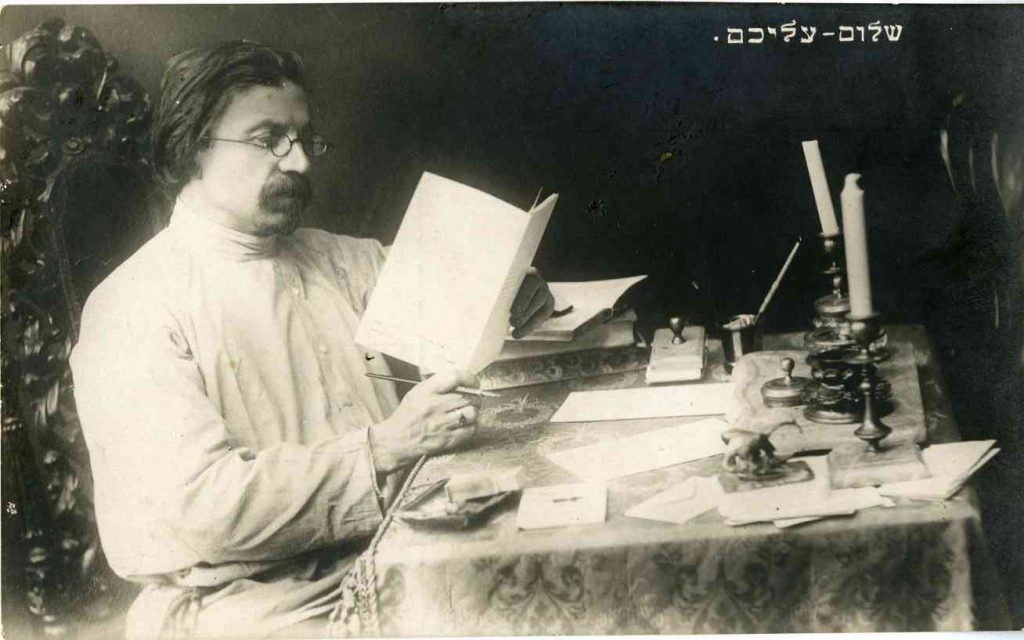 Hershey Felder continues to stream one-man shows from his current residence in Florence, Italy. Among his many portrayals of famous composers such as Beethoven, Chopin, Tchaikowsky and Debussy, he also featured three great Jewish composers, Irving Berlin, George Gershwin and Leonard Bernstein. For his current offering, Before Fiddler,  he once again dips into his Jewish heritage for inspiration, this time, portraying the great Yiddish novelist, playwright and story teller, Sholem Aleichem, on whose stories the libretto of Fiddler On The Roof was based.

Sholem Aleichem was actually the pen name of Sholem Rabinovitch (1859-1916), born in Russia. During his lifetime, he produced forty volumes of novels, plays and stories. Because he adopted a pen name and because he described every-day characters of the folk, such as Tevye der Milchiger and Menahem Mendel, he was often called the Jewish Mark Twain. During his lifetime, he traveled a great deal and relocated to Switzerland in 1906. His final years, from 1914, were spent in New York City.

Hershey Felder’s shows have generally relied on his piano virtuosity and on recordings for their musical elements. In this presentation, however, he will be featuring a local klezmer quartet, Klezmerata Florentina, with violinist/violist Igor Poesitsky, clarinetist Riccardo Crocilla, accordionist/bassoonist Francesco Furlanich and double bass player Riccardo Donati.  They will be playing klezmer music of Sholem Aleichem’s era pre Fiddler on the  Roof.   All the Klezmerata Florentina musicians play in the  Maggio Musicale Florentino, Florence’s orchestra which is under the direction of the world-renowned Zubin Mehta.