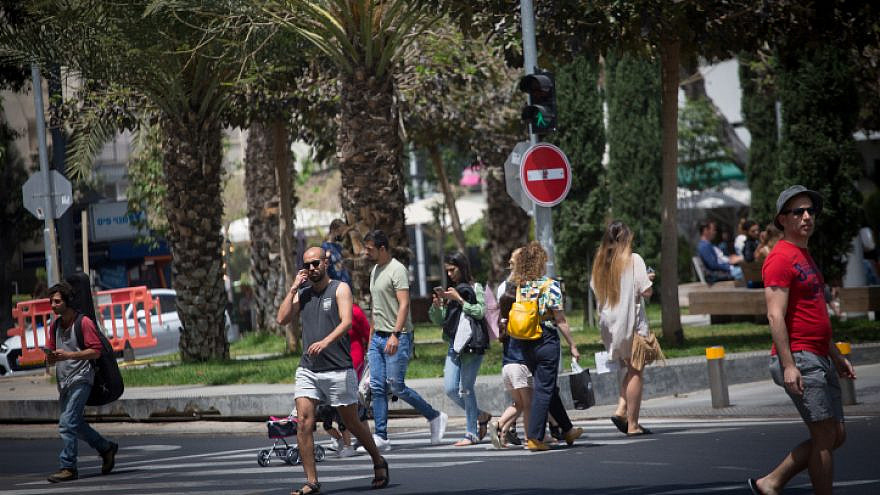 The Brazilian variant of the Covid-19 virus was detected in Israel for the first time on Monday, in a vaccinated adult and an infant entering the country from abroad. One case of the Chilean variant of the virus was also detected in a vaccinated Israeli man returning from abroad. Additionally, 19 foreigners in the country were diagnosed with the Indian variant, bringing the total known cases of this variant to 60.

The Israeli Health Ministry said it would continue tracking the variants and providing updates to the public.

Altogether on Monday, 61 new cases of the coronavirus were diagnosed across Israel, the Health Ministry said on Tuesday, up from 52 on Sunday.

The infection coefficient fell to 0.77 as of April 23, the latest date for which information on the coefficient is available due to the 10-day delay between the date of actual infection and test results. A rate of 1.0 is needed for the virus to maintain a stable number of infections in a population.

The total number of coronavirus-related fatalities now stands at 6,369, including one death recorded on Tuesday and two on Monday.

In Greece, meanwhile, 90 patients in two hospitals are participating in a clinical trial for the Israeli EXO-CD24 coronavirus treatment, which has thus far shown promising results.

The treatment, developed by professor Nadir Arber of Sourasky Medical Center in Tel Aviv, is an inhaled drug that has achieved efficacy rates of 96 percent in the patients tested in Israel.

“We are participating in these new trials with great enthusiasm. The study utilizes a new method of transferring a new medicine, based on exosomes, nanoparticles that participate in intracellular activities,” said Tsiodras.

“It is a very promising method according to the data from the clinical trials in Israel. We are moving forward by conducting Phase II trials here in Greece, in which we will evaluate parameters like safety, dosology, and efficacy,” he stated.

Arber said: “We should remain humble and modest—but we are really excited. In fact, I want to point out that I came here in person as I wanted to see the people first and then the facilities. We are talking about great doctors and people who have inspired my confidence.”

“The medicine is administered through inhalation, once a day, in a procedure that takes only a few minutes, for five days,” explained Arber.

“It is based on exosomes that the body releases from the cell membrane and uses for intercellular communication. We enrich the exosomes with the 24CD protein, which is known to play an important role in regulating the immune system,” said Arber’s director of laboratory Dr. Shiran Shapira, who has been conducting research on CD24 protein for decades.